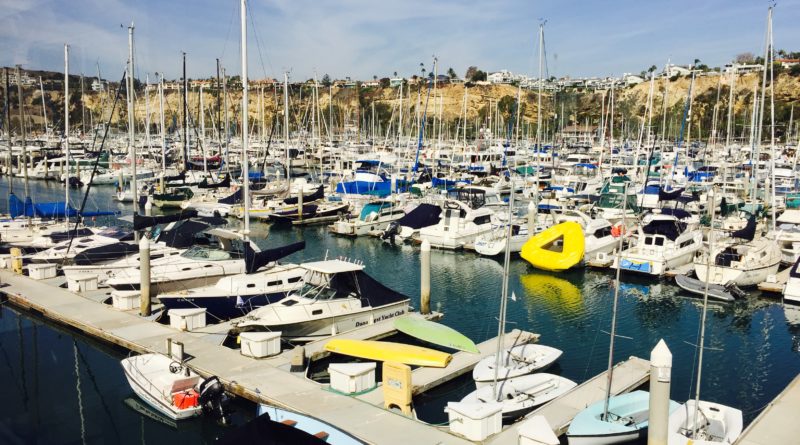 Only two marinas from California were recognized by the website, with most of the recognized boating destinations located in New England and New York.

NATIONWIDE—Leading off this op-ed with a “Nationwide” dateline is a tad misleading. The point of this opinion piece, as you’ll quickly decipher, is to question the merits of a recent announcement of top marinas in the country, as selected by the website, Marinas.com. More than 200 marinas were honored – a majority of them on the East Coast. Most of the East Coast marinas recognized call New England or New York home. Only two marinas on the list are located in California.

Don’t poo-poo this column’s claim of East Coast Bias. California is one of the five most active states when it comes to recreational boating, yet less than one percent – 1 PERCENT – of the marinas recognized on Marinas.com’s annual list were located in Southern California. One – Shelter Cove Marina – is in San Diego. The other – Dana Point Marina – is in Orange County. Marinas in Los Angeles, San Francisco and other coastal regions were mysteriously absent.

Nearly 100 marinas in Massachusetts, Rhode Island and New York, however, were noticeably present on the Marinas.com list – which comprised of “Elite Fleet Winners” and “Boaters’ Choice Marinas.”

Representatives with the Marinas.com website stated the selections of Elite Fleet and Boater’s Choice Marina winners were based upon user ratings. Users would specifically rate a marina on the Marinas.com website. Those marinas with a 4.8 rating (out of five stars) and at least 10 reviews during the year qualified to make the 2019 winners list.

Why the geographic imbalance of winners, though? Does Marinas.com specifically cater to East Coast marinas? The website’s headquarters, as it turns out, is in Massachusetts. Does this explain why so many of the marinas on the winners list are based in New England? Are Southern California’s marinas truly “inferior” to their counterparts in the Midwest and East Coast, where a vast majority of this year’s winners are located? Or could it be something as simple as East Coast boaters are more proactive in rating the marinas they patronize than their West Coast counterparts?

So many questions! The answer might be simple – perhaps I am overanalyzing this year’s list of winners. But when I see a list of the nation’s “best marinas” with only two locations hailing from California, something doesn’t feel right. Statistics released by the U.S. Coast Guard in 2017 revealed Florida had the highest number of registered boats, followed by Minnesota, Michigan, California and Wisconsin.

The optics of the 2019 Marinas.com list, however, is not friendly. Massachusetts and Rhode Island, which are neighboring states, dominate a list of top marinas … which was compiled by a website based in Massachusetts. There were nearly two-dozen marinas from Connecticut and Maine on the list of winners, as well. Four of the top six states on the winners list are in New England (Massachusetts, Rhode Island, Connecticut and Maine); the other two states at the top were New York and Florida.

The Marinas.com list of winning Boaters’ Choice and Elite Fleet marinas ultimately implies states such as Massachusetts and Rhode Island are ideal destinations for boaters, because they can find the best slips and amenities on their shores. This is not to say Massachusetts, Rhode Island and the rest of New England can’t indeed be home to great marinas. It’s difficult, however, to take an award-winning list seriously when a vast majority of those “elite” or “top choice” marinas are based in the same exact region where the website used to set the winning standard is also based.

Marinas.com, of course, is entitled to compile a list of  “elite flight” or peer-selected marinas. Boaters, however, should not always take these lists at face value, as we don’t always know the standard applied in compiling such lists. The Marinas.com 2019 list of Boaters’ Choice and Elite Flight Marinas appears to have a bit of an East Coast Bias.

Visit biz.marinas.com/boaters-choice/2019-award-winners to see the list for yourself and decide whether states such as California and Washington were “slighted.”