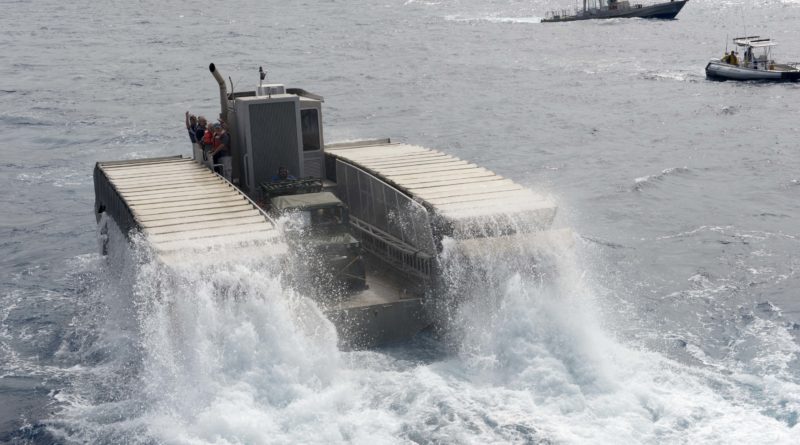 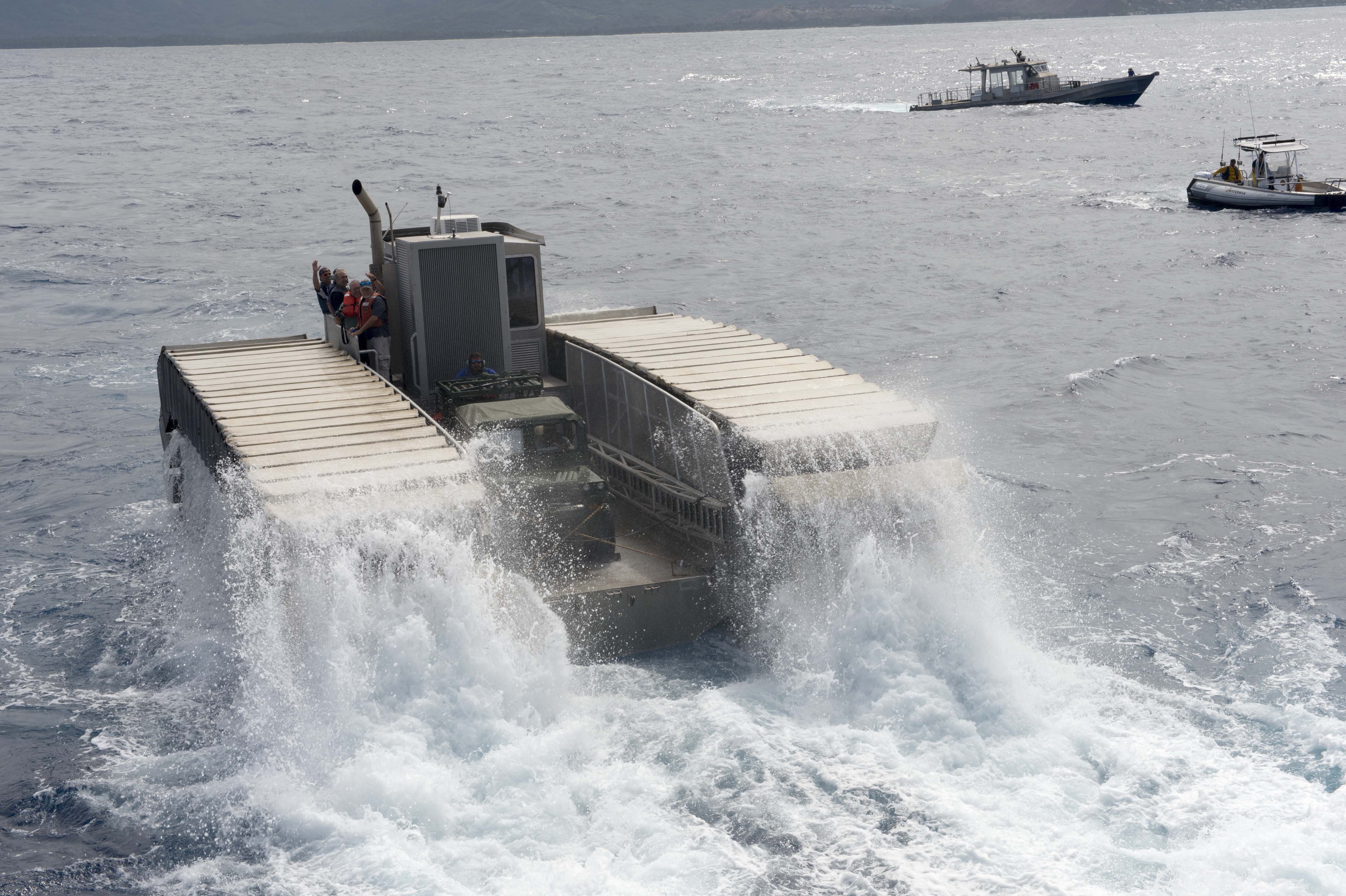 The a track driven connector that can reach reasonable water speeds and access beach areas that Landing Craft Air Cushion’s (LCAC) and Landing Craft Utilities cannot, the full scale UHAC will be able to carry three times more than an LCAC and can go over more obstacles including 10-foot-high sea walls, according to a press release.

Created by Navatek and funded by the Office of Naval Research (ONR), the model consists of two tracks that are made out of captured-air foam blocks, which gives the vehicle the propulsion it needs for land and sea travel.

The prototype was unveiled during the Rim of the Pacific (RIMPAC) exercise 2014, which included more than 40 ships and submarines, and 22 nations participation in and around the Hawaiian Islands and Southern California.

“Today’s successful demonstration of the half-scale UHAC is the culmination of months of research and risk analysis,” said Capt. Clint Carroll, commander, Amphibious Squadron 3 in a press release.