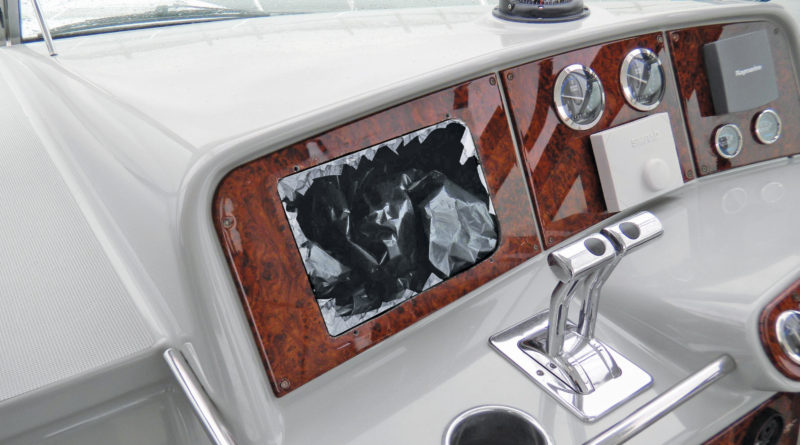 Your marina’s security might not be enough to prevent folks from stealing your marine equipment.

NATIONWIDE — Plenty of ink in recent years has been spent on what boaters and marinas must do to rid waterfronts of abandoned vessels. If only we could quickly unload of those “eyesores” OUT of a harbor or marina, right? Rarely, however, is ink expended on the virtues of keeping perfectly functioning boats IN a harbor or marina, perfectly safe and secure from unsavory elements within the criminal world.

An unofficial effort is afoot to raise awareness of – and hopefully combat against – a recent spate of marine engine and equipment theft from boats “securely” stationed in marina slips. It’s not quite a formal task force or coordinated effort but a smorgasbord of law enforcement agencies and private organizations are casually affiliating with each other to address news reports of people breaking into marinas in Florida, Texas and other states to steal outboard engines, navigational units and/or electronic equipment.

Apparently criminals are circumventing security feeds and other measures to get to these recreational vessels, stripping them of valuable equipment.

These items, speculatively, could be yielding major payouts on the black market.

Amenities such as security cameras, fences and coded doors might not be enough to defend against this recent rash of outboard engine and marine equipment theft. Initial reports of such crimes occurred at marinas or boatyards in Florida, Texas and Virginia. Surely Southern California’s marinas aren’t (or won’t be) immune from such activities.

Several questions come to mind in light of these recent news reports of marine engine and equipment theft.

What could Southern California marinas and boaters do to protect against thefts of outboard engines and similar boating equipment? What items should boaters understand to be valuable enough to be targeted? Are such thefts becoming more commonplace? Is there any way of knowing what’s being done with the stolen items? What formal efforts are underway, if anything, to help address this problem?

Maritime Program Group Claims Director Daniel Rutherford, an insurance professional who’s made an effort to inform and educate the boating public on marine thefts, said several items are being targeted by thieves, such as Garmin or RayMarine GPS/Chart Plotter Units and larger block outboards (mostly Yamahas).

“For the smaller items, stainless steel propellers are a bit target because they are easily removed and are not easily traceable (no serial number),” Rutherford told The Log.

“They are used for drug importation, human smuggling and because they now have multiple engines of high value, they are big bang for the buck,” he said. “Some are valued in the hundreds, if not just shy of a million bucks. The 350-horsepower engines are valued in the $30,000-40,000 range, so they have become quite the target.”

Thieves are also likely to target marinas with large boatyards or storage yards, whether or not they are fenced.

“There is a lot to choose from and the thieves can go in with a shopping list and take what they want,” Rutherford said of marinas with large storage areas. “Marin and boat dealers who display their new inventory along the street to increase visibility are doing just that: increasing their visibility – to the thieves. The unsuspecting dealer will come into the shop one day to find the row of boats missing all of their outboards, or worse.”

The unofficial effort to address theft of marine engines and equipment hopes to find some answers. Though not a formal task force the national effort appears to be a cooperative affiliation of law enforcement agencies and private organizations.

Details of the working group are not yet public, but BoatUS and Rutherford confirmed its existence.

The working group – made up of certified marine investigators, multiple levels of law enforcement and private organizations – is urging recreational boaters to be vigilant about what’s happening at their marinas and harbors.

Sunroad Marina general manager Jim Behun said his waterfront venue has a few layers of protection. The San Diego Harbor Patrol, for example, conducts a decoy program to monitor bicycle thefts at local marinas; a few people were caught in the act. An iWatch program, which encourages marina operators, boaters and anglers to pay attention to their respective surroundings, is also in effect.

The marina, itself, requires use of a key to get in and out of the gate-controlled entries. Meanwhile dockmasters representing each marina in San Diego meet monthly and discuss any and all relevant activities occurring on the waterfront.

Behun said boaters should practice as much common sense as possible when seeking to protect their vessels. Boaters should lock their boats, avoid hiding keys in obvious places, consider using a combination lock wherever possible and look into installing motion lights and/or cameras at their respective slips.

“We recommend if someone is walking behind a gate … engage them a bit to see if they belong,” Behun said, adding boat owners do not have to confront suspicious visitors but instead should contact local police. “The key is lighting, good locks and vigilance by each tenant.”

Marine-related theft isn’t necessarily a new phenomenon, but there have been quite a few reports of outboard engines and electronic equipment being stolen across the United States and in the United Kingdom.

Thieves in Washington State’s Skagit County, for example, reportedly targeted outboard engines in early 2016. An estimated $250,000 worth of marine engines was stolen from a boat dealership in South Carolina a few months later, according to news reports.

Two men in New Jersey were reportedly charged with stealing $140,000 in marine engine parts back in 2013.

Yachting & Boating World, a maritime publication in the United Kingdom, reported theft of outboard engines increased to 60 percent of all marine crimes in 2014. Thieves reportedly targeted 20-horsepower engines weighing about 125 pounds, according to the YB&W story. Such engines were easy to remove from the marina area and transport in the back of a truck or van.

Law enforcement in Hampshire, which is located near Southampton and Portsmouth in the southern edge of the United Kingdom, launch Project Kraken to monitor outboard engine thefts at local marinas. A coordinated effort to steal outboard engines between October and December 2015 was likely connected to a Lithuanian crime ring, Hampshire police reported.

“We are dealing with a group of Lithuanian males who are highly organised and it would appear, maybe stealing to order,” Hampshire law enforcement stated in its January 2016 public newsletter.

The newsletter identified six common themes local boaters should pay attention to when keeping a look out for potential culprits of outboard engines or marine electronic equipments.

“The majority of incidents have involved more than one person (normally three) using a white transit sized van. The thieves have targeted secure compounds where large amounts of marine property are being stored,” Hampshire law enforcement officials stated. “The evidence we have secured suggests that these thefts are occurring at night – specifically in the early hours of the morning. The majority of thefts have been committed using vans with false plates fitted to them.

“The thieves have demonstrated that they have an excellent knowledge of the site and it is almost certain that they have carried out reconnaissance prior to committing the theft,” Hampshire police continued. “They are aware of security measures and have actively taken measures to avoid them – this has usually involved cutting through perimeter fences to enter in a discreet location on site and avoid CCTV detection (this perimeter breach has involved cutting a hole big enough to drive the van through on more than one occasion.”

Some marine manufacturers launched theft-protection products to give recreational boat owners a tool to defend against outboard engine theft.

Yamaha, for example, introduced a command link function on its outboard engines. The theft deterrent system – Y-COP, or Yamaha Customer Outboard Protection – would disable the motor.

Others have suggested placing a tracking device on outboard engines and electronic equipment.

“Do not assume your boat or boating equipment are safe.  Go the extra mile in protecting them from theft,” Rutherford told The Log in an email. “Make sure [trailerable boats] are parked in areas that are not secure. Use trailer hitch locks and chains to secure them to something fixed.  Keep them in a well-lit area. Do not park them in unsecured locations and make sure that the outboard motor is attached using anti-theft devices. Remove electronics and valuable equipment where possible and secure off of the boat or perhaps below in a locked cabin.”

Rutherford added just about anything could be removed from a boat within seconds or minutes.

“If the navigation displays are permanently installed, don’t assume that they are ‘permanently installed.’ Thieves will remove them in seconds,” he said. “To be honest, there is not really much that can be done absent covering them and/or placing them under protective covers that lock.”

“There’s one good reason thieves tend to target outboard motors rather than just stealing a whole boat: Outboards are far less traceable,” the Boating World article stated. “The easiest and quickest way to steal an outboard is to take the whole boat. And it’s amazing to see the number of boats on a trailer with no security at all.”

BoatUS also offered a few practical tips to prevent marine engine and equipment thefts, such as installing bright lights and motion-sensors in the boat storage area, locking helm electronics behind a solid cover and installing some sort of tracking device.

Also be mindful of people posing as customers or marina visitors during the day, as they might be scouts. Are they asking suspicious questions about access?

“Use tamper-resistant fasteners for mounting electronics and outboard locking devices. Using a special nut with an engine-mounting bolt that requires a special key can help,” BoatUS advised in a released statement. “Make stealing expensive electronics less appealing by engraving and posting a warning (this goes for the outboard, too). Create and keep at home an engine and electronics inventory list that includes manufacturer and serial number, and take plenty of pictures – including the boat.”

Time will tell whether boaters will have a fully functioning national task force in their arsenal to combat marine engine and equipment thefts. In the meantime the best Southern California’s boaters can do is to not take anything for granted and take common sense steps to make sure their vessels are insured and secured.

One thought on “Marine Engine and Equipment Thefts: Protect Yourself”