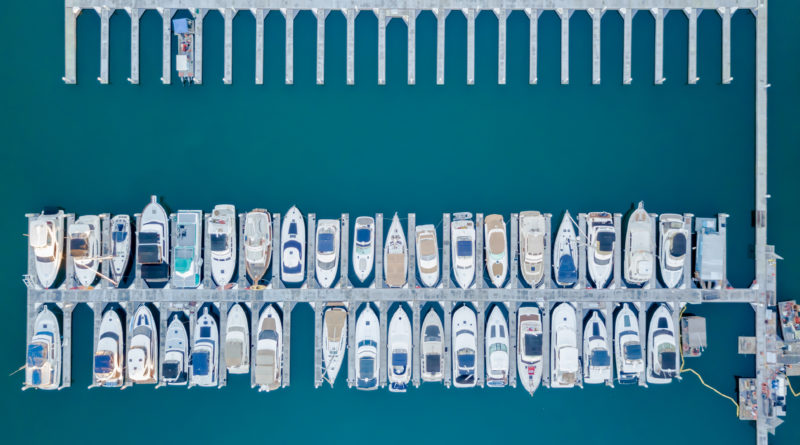 Commission discusses access to the water and economics of harbor management.

LONG BEACH — Non-motorized personal watercraft are beneficial to inland waterways and boater access is essential to coastal marinas and harbors. These were among the takeaways of two presentations made on the “State of the Marina” for freshwater and saltwater industries at the Feb. 22 Boating and Waterways Commission meeting in Long Beach.

Water levels, public access, mussel infestation and the economics of boating were among the key issues tackled by the commission during the “State of the Marina” presentations.

Freshwater marinas were challenged with how to manage an influx of water in 2017. Such challenges were short-lived, however, as the same marinas are spending 2018 worrying about water shortages.

“The marine dynamic in freshwater and inland waterbodies is much more different than it is on saltwater,” Sandoval told commissioners.

Sandoval said most of the freshwater or inland waterbodies could benefit from programs offered by the Division of Boating and Waterways, or DBW.

“On virtually every piece of freshwater in the state where recreation is allowed, there are facilities that can benefit from the programs offered by DBW. Each waterbody that allows recreation or has recreation has at least one launch ramp or vessel lift,” Sandoval said. “Most of the waterbodies have a marina, or at least docks, where they are open to the public and/or they have rental vessels.”

Some level of on-water security can also be found in freshwater lakes or rivers where recreational activities are allowed.

The current MRA president stated there is a diverse range of inland waterways – large reservoirs and small trout lakes – but all them essentially have the same needs.

Getting onto the water itself is one of those shared needs, according to Sandoval. DBW’s boat launch grants, he pointed out, serve as an assist for recreational boaters to access all sorts of waterways, inland or otherwise.

“One of the challenges we face, especially when managing large reservoirs, is the fluctuating water levels,” Sandoval said, adding some lakes have unusable boat launch ramps due to low watermarks.

Non-motorized facility grants are also becoming increasingly important to inland waterways, what with the growing popularity of kayaks, standup paddleboards and other forms of personal watercraft finding their respective ways into lakes, rivers and harbors. Sandoval said the infusion of non-motorized personal watercraft is good news for inland waterways.

Every boat registered with the state of California, under Sandoval’s suggestion, would also include a barcode. The barcode would be affixed directly to the boat, allowing it to be tracked each time it is launched onto a waterway.

Authorities or marina managers could then scan the barcode, review the boat’s launch history and determine whether the vessel has been in infested waters.

The current state of California’s saltwater marinas was presented by California Yacht Marina’s Kevin Ketchum, who provided an overview of coastal public access. His presentation did not cover yacht clubs or residential docks.

California is home to 22 harbors housing 169 marinas and an estimated 52,475 slips, according to Ketchum. Northern California, for example, is home to four harbors, seven marinas and 1,353 slips. These harbors – located in Crescent City, Eureka, Fort Bragg and Bodega Bay – have some recreational uses but also cater to commercial interests, Ketchum told commissioners.

“When you get to the South Coast, that really becomes more of a recreational marina type of activity, with very little commercial,” Ketchum said. “You see a change in the type of use in the marinas as you move to the south.”

California’s harbors and marinas might vary from region to region, Ketchum told commissioners, but they all have at least one thing in common: none of them exist in a state park.

All of California’s marinas and harbors also have something else in common, according to Ketchum: the Division of Boating and Waterways.

DBW, for example, published “Guidelines for Marina Berthing Facilities.” The book effectively serves as the go-to manual for marina development or management. Ketchum said the book, which is available physically, should be updated regularly and made accessible to everyone online.

“This is what the world looks at,” Ketchum told commissioners. “Not only do the marinas have this in common, [but also] your city planners, your plan checkers, your building department. This [book] becomes the building code for marinas in California.”

Newport Beach, to Ketchum’s point, relied on DBW’s publication to influence its own harbor design criteria.

Marina del Rey ($75 million impact, 892 jobs) was the next largest contributor, followed by Los Angeles Harbor ($58.7 million impact, 689 jobs). Huntington Harbour had the smallest economic footprint, with its $12.2 million impact and 145 jobs added. All numbers were published in a 2012 study conducted by Michigan State University.