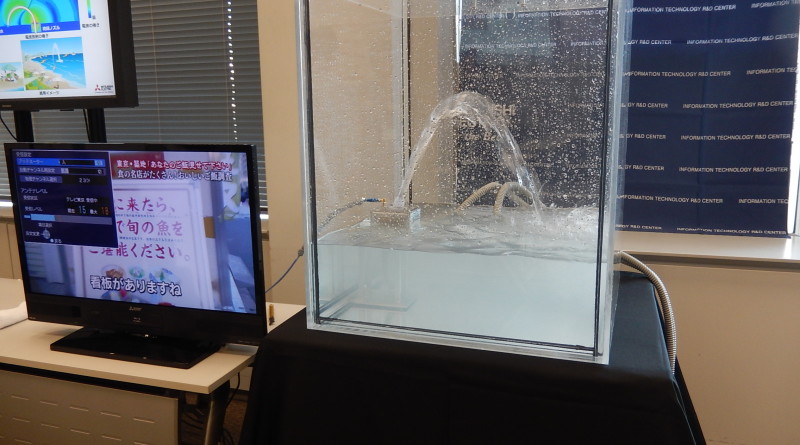 Mitsubishi Electric Corporation revealed the new SeaAerial on Jan. 27, an innovative radio aerial that replaces steel and wire with a column of seawater.

According to Gizmag.com, the SeaAerial uses a column of seawater sprayed into the air to create a radio transceiver antenna.

The device designed for use at sea and along shorelines is described as the world’s first seawater antenna capable of receiving digital terrestrial broadcasts, according to Mitsubishi Electric.

Mitsubishi Electric developed an insulated nozzle transmitting radio waves to the antenna when the plume of water is physically connected to the sea surface.

“One of the challenges was to secure antenna efficiency, or the ratio of radiated power to input power, because seawater is much less conductive than metal. Mitsubishi Electric used simulations to determine the ideal diameter of the plume, resulting in an efficiency level of 70 percent, which is sufficient for sending and receiving signals,” as stated by Mitsubishi Electric in a prepared statement.

Unlike many radio installations that require large antenna, are bulky and difficult to transport, the SeaAerial can be installed onshore and offshore, and can be transported by vessels and ships.

The set up requires a pump and an insulated nozzle.