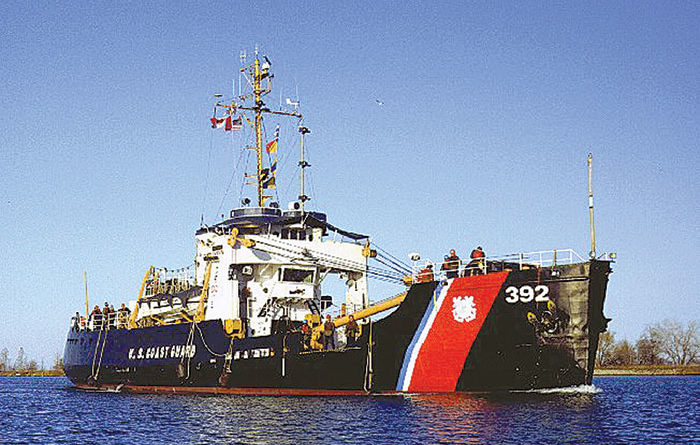 PORT HURON, Mich. (AP) — A U.S. Coast Guard ship that participated in early tests of the atomic bomb has been sold to a private owner by the Port Huron Museum, despite the fervent opposition of a man who worked to get the vessel placed on the National Register of Historic Places.

The museum said it sold the 180-foot Bramble to a Marine City man for slightly less than $200,000. It cost $80,000 a year to staff and maintain the ship, more than the money collected from visitors.

It is a tough outcome for Jon Ottman, 41, of Warren, who tried to rally the public in defense of Bramble. The Detroit News reported he wrote a blog, reached out to Coast Guard members and retirees and singlehandedly worked for the historic designation, even turning in the 73-page application.

Ottman accused the museum of wanting to sell Bramble “as a toy to a private buyer.” He was worried that the ship would be ruined if owned and modified by private hands. But the new owner, Bob Klingler, said he has no such plans and hopes to make it available for tours and sleepovers.

The 69-year-old vessel was one of the first U.S. ships to circle North America and also participated in early tests of the atomic bomb in the Marshall Islands, according to the Coast Guard. Its main job was to collect buoys.

“It’s been largely overlooked,” Ottman said. “It’s a mystery to most people.”

Former Marine John Nowakowski, who had hoped to buy the ship for a museum he wants to build, said Ottman’s dedication is to be commended.

“God love him,” said Nowakowski, 48, of Swanson, Ohio. “I wouldn’t give up that passion and love.”