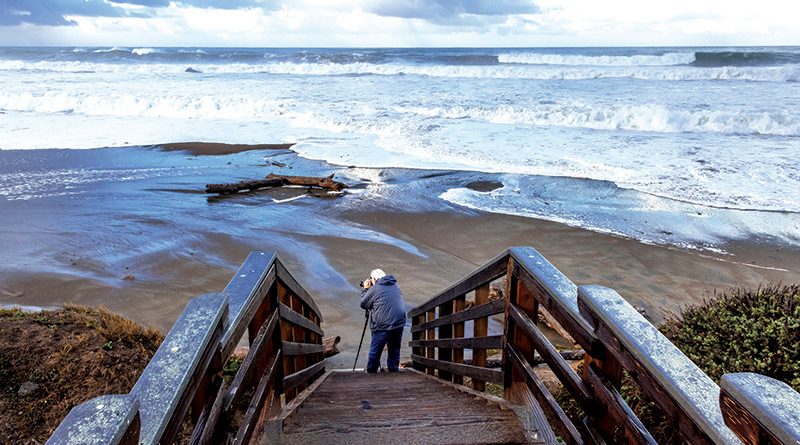 The study predicts that beginning in 2030 U.S. coasts will see an increase in high tide flooding that could have a negative impact on coastal businesses and residences.

PASADENA一 In a July 7 press release, NASA introduced a study that predicts a surge in tidal coastal flooding along the coasts of the United States, due to rising sea levels caused by climate change.

The study predicts California will hit a tipping point in tidal flooding between 2030 and 2040, where the west coast will see an increase in flooding that could affect coastal businesses, residences, and recreational activities.

The high tide flooding could flood parking lots and other structures near the coast during different times of the day, and it could remain underwater for hours to days.

“So similar to how it impacts other businesses that operate along the coast,” said Ben Hamlington, team lead of the sea level change team for NASA Jet Propulsion Laboratory in Pasadena and third author on the paper. “Increased levels of flooding so any infrastructure that is in these coastal areas will be affected as we go forward in to the future, they will experience flooding or be underwater for a period of time so it’s finding a way to adapt or adjust the infrastructure you have to accommodate this sea level rise or basically deal with the disruption to peer activities.”

Hamlington called it the first level of impacts that coastal communities will see, a persistent low-level flooding that will continue to increase in frequency.

Hamlington said the study used the natural signals in the ocean and predicted the surge based on the increase in sea level associated with global warming. He said global warming is creating a higher foundation that pushes us closer to the threshold of flooding and that the cycle will push us past the threshold more frequently during lunar cycles because of the increase.

“It’s the thermal expansion, so basically the ocean taking up heat and then expanding and then the ice melts,” said Hamlington. “The way I like to describe it is it’s increasing the foundation upon which all these other ocean signals and processes work. So as climate change continues to increase that baseline you’re getting nearer and nearer to that tipping point, that threshold of flooding, so that is really the big driver so that’s what’s causing these changes to occur the underlying sea level foundation rise.”

According to Hamlington the study was built on work that has been ongoing and has affected the way they view sea level change. Hamlington said it’s the things that drive sea level change that can stack up and either combine constructively or work against each other to cause the surges in flooding. Flooding would look differently depending on what coast you’re on.

For example, on the west coast we experience El Niños, which aside from the thermal expansion of the ocean, are another factor in driving sea level rise.

“I can’t tell you what year there will be an El Niño,” said Hamlington. “But I can tell you there will likely be one, so we can assess that impact, what you get from that, and then understand the different cycles and the tides and when you put that all together then you can start to make these assessments. So, it’s how you view sea level, it’s the stacking or how these things combine to get to the impact of the coast, the impact of high tide flooding.”

The impacts for flooding are different along the coasts, the East Coast of the United States near the Gulf of Mexico, is already experiencing an increase in high-tide flooding and the study predicts that there will be an increase in frequency. In Southern California, the difference can vary in as short of a distance as La Jolla to San Diego.

To read the full paper from NASA see https://bit.ly/36EmsaF.