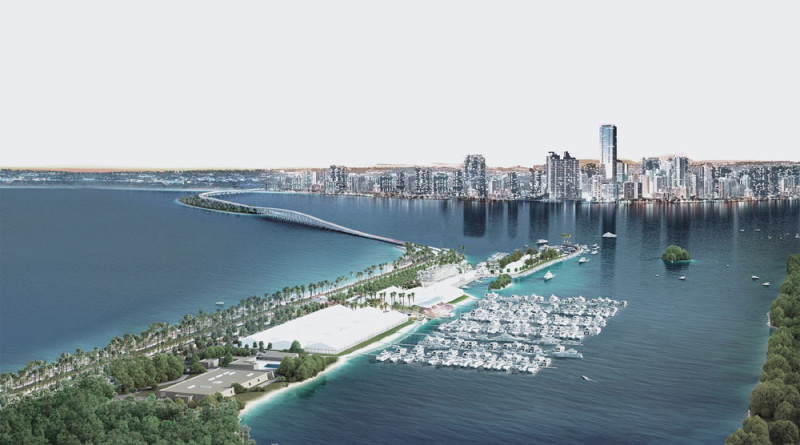 MIAMI — The proposed agreement between the city of Miami and Key Biscayne, a neighboring village, fell through early this month as lengthy mediation sessions resulted in the village pulling out of the deal. The action, however, has not affected the location of the 2016 Miami International Boat Show, according to the National Marina Manufacturers Association (NMMA).

“The mediation impasse has no impact on the Miami International Boat Show’s plans in 2016 and we look forward to one of the most exciting shows yet Feb.11-15 at Miami Marine Stadium Park and Basin,” said Thom Dammrich, NMMA president in an email to The Log. “As we work with city of Miami officials to make this site our long term home beyond 2016, we hope the Village of Key Biscayne and city of Miami can come to an agreement that protects the $597 million annual economic impact the boat show generates for the State of Florida while continuing the 75-year legacy event that brings boating enthusiasts to Miami each year to see and shop the best of boating.”

The Miami International Boat Show is typically held at the Miami Beach Convention Center; however, a new show location is required as the convention center undergoes a two-year renovation. The show will be held Feb. 11-15, 2016 at Miami Marina Stadium Park and Basin with vessels on display on land and in the water.

Work is currently underway on the Miami Marine Stadium Park and Basin.

According to media outlets, the proposed settlement would have called for Key Biscayne and the city of Miami to operate the stadium and park in partnership, with each municipality paying half the cost of restoring the facility. The proposal would have allowed the NMMA to use the location for the show in 2016 and 2017 but left 2018 up in the air.

The litigation will most likely move forward since the village called for an impasse, according to news reports.

The village filed three lawsuits this year with intent to stop the Miami International Boat Show from being held at the Miami Marine Stadium, and the development of a park that will house show exhibits.

Concerns of harmful impacts to residents and protected wildlife of Virginia Key, along with fear that the site will be used for large commercial events throughout the year, causing more traffic on Rickenbacker Causeway, were cited by the group.

According to the Miami Herald, under the proposed settlement agreement the Village of Key Biscayne had an option to buy a stake in how the park and event space would operate for $12.5 million. The city of Miami and the village would have jointly operated the facility next to the Miami Marine Stadium through a semi-independent park conservancy.

The agreement also split the cost of the restoration of marine stadium, which totals $37.5 million.

Key Biscayne Mayor Mayra Pena Lindsay told the Miami Herald the village declared an impasse citing “certain demands from the city are simply at odds with the village’s core values” of protecting the surrounding environment and limiting the intensity of the site’s use.

Despite the ongoing legal challenges, Miami Mayor Tomas Regalado stated he “envisions no scenarios” of the show not taking place at the stadium as intended, adding work at the stadium and basin is on schedule and on budget, according to Trade Only Today.