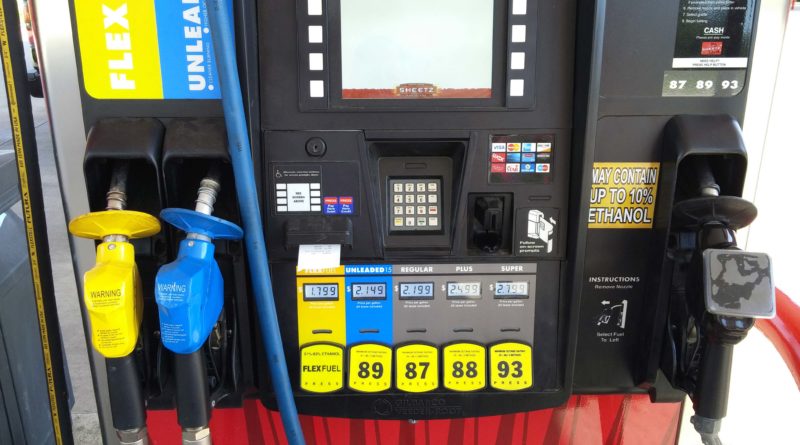 NATIONWIDE—Plans to lift a nationwide restriction on summertime sales of 15 percent ethanol (E15) fuels met with some resistance on March 29, when several maritime industry leaders campaigned against the corn-based gasoline during a public field hearing hosted by the Environmental Protection Agency (EPA).

The EPA, at the direction of the White House, is currently considering a rulemaking to allow for year-round sales of E15 fuels. Gasoline blends with 15 percent ethanol are off the market between June 1 and Sept. 15, each year.

NMMA’s senior vice president of government relations and legal affairs, Nicole Vasilaros, called the possibility of year-round sales of E15 fuels as “deeply troubling” and “based on questionable statutory authority.”

She added marine engines are not designed to consume E15 fuels and offering the gasoline blend year-round would be harmful to consumers.

“Marine engines are designed, calibrated, and certified by EPA to operate on blends of gasoline up to 10 percent ethanol by volume and federally prohibited from operating on E15,” Vasilaros said. “If finalized, this rulemaking would double down on failed government policy and increase the supply of a fuel harmful to millions of marine and other consumer products, during the height of the summer boating and recreation season.

“Additionally, it will continue to diminish consumer choice for ethanol free fuels, which are in high demand by many boaters and engine product consumers,” Vasilaros continued.

She added most boaters – 95 percent – are not in slips or marinas, meaning they’re filling up at roadside gas stations as a towed vessel.

“Labels alone have not done their job to educate consumers, and no wonder given the dismal and non-uniform state of labeling currently in practice,” Vasilaros said in her testimony. “Year-round sale will only further exacerbate consumer confusion and lack of awareness. EPA must do more … to protect consumers before and at the pump.”

BoatUS joined the chorus of marine industry organizations voicing opposition to year-round sales of E15 fuels. A BoatUS email to its membership on April 16 called the proposed EPA action as “anti-environment, anti-consumer and a big nod to the ethanol lobby.”

“E15’s summertime ban was implemented years ago to address concerns over its contribution to ground level ozone (smog) on hot days,” the BoatUS email stated. “Because of the harm it causes, E15 is prohibited by federal law for use in recreational boat engines and voids many marine engine warranties.”

Also a major concern for boaters, according to the BoatUS email campaign: misfueling.

“BoatUS has long had concerns over potential consumer misfueling with E15,” BoatUS staff stated in its email. “Most recreational boaters refuel their vessels at roadside gas stations where pump-labeling requirements are minimal. Just one small E15 orange warning label is the only protection currently in place for marine and other off-road engines.”

Infusing ethanol-based gasoline into the nation’s fuel supply is part of the Renewable Fuel Standard, or RFS. The RFS was enacted in 2005 to manage an expected increase in demand of gasoline by allowing for more biofuels to be available on the market – opening the door for ethanol or biodiesel to be available to consumers on a regular basis.

“To keep up with the RFS mandate and avoid hitting a ‘blend wall’ in which the volume of ethanol production exceeds consumption and infrastructure constraints, in 2010 EPA granted a waiver to allow E15 into the marketplace but limited its sales to colder months to protect air quality,” BoatUS staff stated in its anti-E15 email campaign.

Marine industry members opposed the proposal to allow year-round sales of E15 fuel blends in full force, but there were certainly people on the other side of the spectrum who favored 12-month sales of gasoline with 15 percent ethanol.

She specifically stated E15 fuels reduce various emissions while also saving drivers as much as 10 cents per gallon.

“For motorists, the value proposition of E15 is clear. Drivers typically save up to 10 cents per gallon, while E15’s superior octane rating provides better engine performance,” Skor stated. “The value to our planet is equally compelling. E15 is a cleaner fuel that reduces evaporative emissions and greenhouse gas emissions. It replaces toxic fuel additives associated with cancer, asthma, and smog.”

Allowing ethanol fuel blends like E15 on the market year-round would largely benefit rural America, according to Skor.

“Eliminating this barrier promises to unlock an estimated 1.3 billion gallons of new annual ethanol demand. Over time, that added demand could grow to seven billion gallons, lending an economic lifeline to rural families,” Skor said in her testimony.

“As agriculture sits squarely in the worst farm recession in decades, with farm income well below half of what it was only four years ago and trade relationships in disarray, the importance of the certainty offered by domestic demand from uses like ethanol is critical to the stability and longevity of agriculture and rural America,” Delbecq stated in her testimony.

A vast majority of ethanol production within the United States is within the Midwest. Only three of the top 15 states (California, New York and Texas) to produce ethanol are outside of the upper Midwest.

Iowa, Nebraska and Illinois produce more than half of the country’s ethanol capacity.

The EPA’s March 29 public field hearing was held in Ypsilanti, Michigan, which is west of Detroit and east of Ann Arbor.