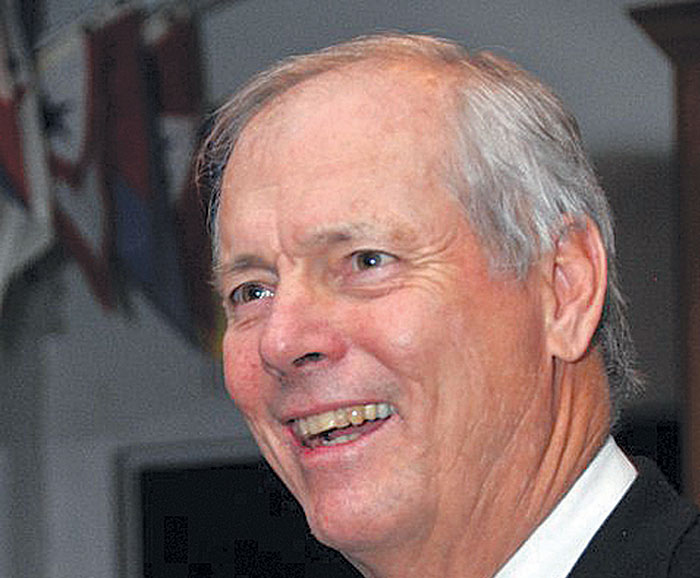 WEYMOUTH, England (AP) — The United States didn’t win an Olympic sailing medal for the first time since the 1936 Berlin Games.
Anna Tunnicliffe, the last American skipper with a chance, couldn’t fight back tears after her run at a second straight Gold medal ended Aug. 8.

US Sailing officials on both sides of the Atlantic had blunt assessments and promised an extensive review of why the Americans were so uncompetitive in an Olympics in which they were expected to take three or four medals.

US Sailing President Gary Jobson, who spent a week watching the games before returning to Annapolis, Md., was equally blunt, calling the failure to medal “a heck of a wake-up call.”

“In essence, we weren’t competitive in any class,” Jobson told the Associated Press.

“I was a little surprised, and, like all American sailors, disappointed,” Jobson said. “The question for me is, what do we do about it? I can’t predict how the review will go, but I can tell you it’s going to be thorough. This isn’t going to stand long-term.”

The U.S. has won 59 Olympic sailing medals, the most of any nation, although its 19 gold medals trail Britain’s 26.

Among America’s sailing Gold medalists are Lowell North, who founded North Sails; Buddy Melges, who co-skippered the winning sloop in the 1992 America’s Cup; and Mark Reynolds, a San Diego sailmaker and four-time Olympian who won two Golds and a Silver in the venerable Star class. Another four-time Olympian and three-time medalist, Paul Foerster, capped his Olympic career with a Gold in 2004.

Mr. America’s Cup himself, Dennis Conner, won a Bronze medal in 1976. This time, there will be none.

Tunnicliffe, who was born in England and moved to the U.S. when she was 12, was among the favorites in women’s match racing after she won the Laser Radial Gold medal in 2008. But she and crew members Debbie Capozzi and Molly Vandemoer lost to Finland in the quarterfinals on Wednesday and can’t finish better than fifth.

“We sailed this whole regatta the best we could and it just wasn’t meant to be,” Tunnicliffe said.

The Americans fell behind 0-2 when the best-of-five quarterfinals began Tuesday. When they resumed Wednesday, the Americans beat Finland in the third flight to remain alive, but lost the fourth flight by two seconds. The two crews had trained together.

“It works both ways, right?” Tunnicliffe said when asked if the Finnish crew knew the American tendencies too well. “We know them and they know us. Our ultimate goal was to come in here and go into the finals against each other and duke it out on the track. Unfortunately we met in the quarters instead of the finals. Someone has to go home out of the quarters, and it was us.”

While other countries are better-funded — Britain’s strong team gets money from the national lottery — both Brenner and Jobson said money was not a problem for the U.S.

“Clearly there are some things in our performance program that need a look,” Brenner said.

In the nine classes that use a fleet-racing format, Americans reached the medals races in only three.

Jobson also said the U.S. might need to rethink the way it picked the team. Except for women’s match racing, the trials were scrapped and the team was picked based on performances at world championships and Olympic-class regattas, like other countries do.

The United States won medals in all seven classes in the 1984 Los Angeles Games, which were boycotted by Eastern-bloc countries. After winning nine medals in Barcelona in 1992, the Americans won only two Bronzes in home waters in 1996 before rebounding to win four at Sydney, including Reynolds’ second Gold in the Star. They won two each in Athens and Beijing.

“I think the turnaround is under way,” Brenner said. “And I can tell you my debrief with our board of directors, with our sailing committee, with our athletes, is going to take two tones. One of them is we’ve got to dig into these results because it’s completely unacceptable.

“But I’m also going to firmly state that there’s a lot of things in the house that are right. And this doesn’t change that. On event doesn’t change eight years of progress. You wouldn’t undo a lot of the things that we’ve done. I’d like to undo the last two weeks, but you can’t do that. I think it’s a long-term turnaround. Patience is required.”

While the American hopes ended, Australia’s 49er crew of Nathan Outteridge and Iain Jensen sailed three laps of honor to collect the Gold medal they had clinched two days earlier.

With two Golds in hand and two other crews sailing well, the Aussies could win more sailing gold medals in the London Games than the well-funded British team, which has one so far, by Ben Ainslie in the Finn.

After the games, Outteridge will spend one night at home in Australia before heading to San Francisco for the opening regatta of the second season of the America’s Cup World Series. He’s the skipper of Team Korea.