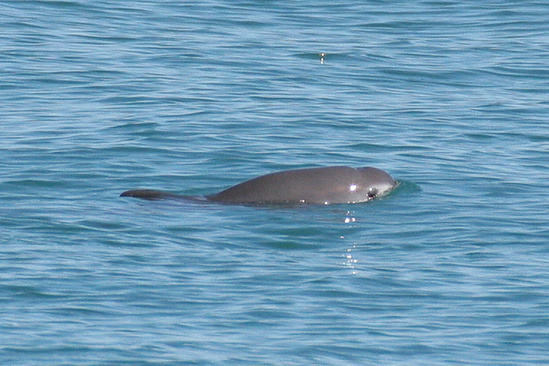 Seafood caught with gillnets within range of the vaquita habitat cannot come into the United States, according to a court ruling and NOAA action. (NOAA photo)

Federal restrictions will apply to species caught with gillnets deployed in vaquita range.

WASHINGTON, D.C. — Fish and fish products caught in Mexico with gillnets deployed in range of the dwindling vaquita habitat won’t be allowed to enter the United States, thanks to a restrictive ban implemented by the National Oceanic and Atmospheric Administration, or NOAA. The seafood import restriction was announced on Aug. 28.

Fisheries seeking to bring chano, curving, shrimp and sierra fish (or related products) from Mexico must be accompanied with a certificate of admissibility. The certificate verifies the imported seafood catches were not caught with gillnets within the vaquita habitat’s range or originated from beyond the Upper Gulf of California.

The ban officially began on Aug. 24 and remains in place indefinitely.

“Importation into the United States from Mexico of fish and fish products harvested by gillnets in the upper Gulf of California (UGC) within the vaquita’s geographic range is now prohibited,” the Aug. 28 Federal Notice announcing the restrictive ban stated. “These import restrictions are being implemented as required by a court order. These trade restrictions remain in effect until further court action amends the preliminary injunction.”

The Court of International Trade, a few weeks ago, issued a temporary injunction to “ban the importation of all fish and fish products from Mexican commercial fisheries that use gillnets within the vaquita’s range.”

The injunction is still “pending final adjudication of the merits,” according to the Federal Register notice.

The use of gillnets by commercial fisheries have been blamed for the vaquita’s rapidly declining population.

“Gillnets deployed in an illegal fishery for totoaba (an endangered fish sought for its swim bladder due to black market demand within China) are the primary source of vaquita mortality,” the Aug. 28 Federal Register notice on the seafood import prohibition stated. “[The National Marine Fisheries Service] has identified products coming from fisheries interacting with vaquita as a potential focus for import restrictions under the MMPA.”