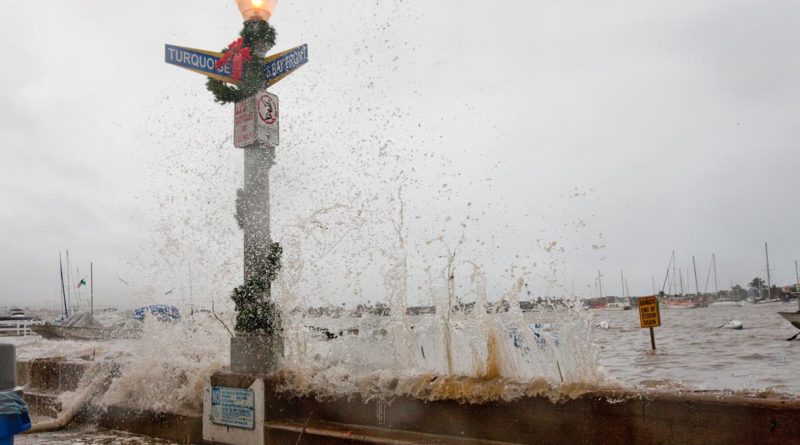 Threats to Southern California area aren’t necessarily immediate but outlook could worsen in the future.

NATIONWIDE — High tide flooding has generally been occurring with more frequency in the United States, though the environmental phenomenon has been less problematic in California and the Pacific Northwest, according to a National Oceanic and Atmospheric Administration (NOAA) report published in early March.

“Patterns and Projections of High Tide Flooding Along the U.S. Coastline Using a Common Impact Threshold,” a NOAA Technical Report, stated high tide flooding is currently an issue for low-lying infrastructures, such as harbors, beaches and roads.

Cities across the United States – including San Diego – are being exposed to high tide flooding events due to rising relative sea level, the report’s authors stated.

NOAA, through tidal gauges placed along the entire U.S. coastline, measured a rapid change in the annual frequencies of high tide flooding, according to the agency’s report. Such flooding could have an adverse effect on local harbors and waterfront property.

“Due to rising relative sea level, more and more cities are becoming increasingly exposed and ever more vulnerable to high tide flooding, which is rapidly increasing in frequency, depth and extent along many U.S. coastlines,” the NOAA report stated. “Today, high tide flooding is likely more disruptive (a nuisance) than damaging. The cumulative effects, however, are becoming a serious problem in several locations including many with strategic importance to national security such as Norfolk, Virginia, San Diego, California and Kwajalein Island in the U.S. Marshall Islands.”

High tide flooding is less of a problem in places such as Southern California, the report’s authors stated – mostly due to below average sea level rise rates and calmer weather conditions. Yet high tide flooding still occurs with frequency in the Southwest Pacific Ocean between November and February and again in June and July, and could still become a frequent phenomenon in Southern California and points north, according to the NOAA report

“Along the coasts of the Southwest and Northwest Pacific, high tide flood frequencies are growing more slowly, but frequencies in both regions stand out during El Niño years,” the report stated

High tide flooding, however, could occur with greater frequency elsewhere if we continue to experience relative sea level rise, the NOAA report stated.

“With continued [relative sea level rise], high-tide flood frequencies will continue to rapidly increase and more so simply from tidal forcing, which today is very rare,” the report stated.

Some of the most frequent high tide flooding events, based on data presented between 1950 and the 2010s, have occurred in: Portland, Maine; Woods Hole, Massachusetts; Atlantic City, New Jersey; Chesapeake Bay Bridge, Virginia; South Beach, Oregon; and Toke Point, Washington.

High tide flooding is starting to occur more often in San Diego and Santa Monica, according to NOAA.

The report’s authors predict high tide flooding could occur every other day by 2100 on the East Coast and in the Gulf of Mexico.

Cities must take steps to understand the possible threats posed by potential sea level rise, according to the report’s authors.

“It is important for planning purposes that U.S. coastal cities become better informed about the extent that high tide flooding is increasing and will likely increase in the coming decades. Of concern is that the cumulative flood toll and response costs of many lesser floods will overtake that of major, but much rarer, events,” the report’s authors stated.

The report’s authors stated their report is not so much about addressing local flood risk as much as it seeks to establish a “nationally consistent” definition on coastal flooding and how it’s used in “quantifying and communicating risk.”

NOAA, however, ultimately assembled this report for community planning and preparedness purposes. Though high-tide floods are occurring more often, according to the NOAA report, the situation is dynamic and in need of regular review.

“Ultimately, joint investigations of water level/wave/rainfall/groundwater/discharge-driven total water levels together with local-to-regional elevation distributions are needed to quantify exposure of local infrastructure/elevations and assess contemporary and future vulnerabilities,” authors of the NOAA report stated. “As with all types of assessments (e.g., U.S. National Climate Assessments), a review is suggested every five years or as warranted to best reflect improvements or changes in measures taken to adapt to or mitigate against the impacts of flooding.”

One thought on “NOAA Report: High Tide Flooding Could Be More Frequent”