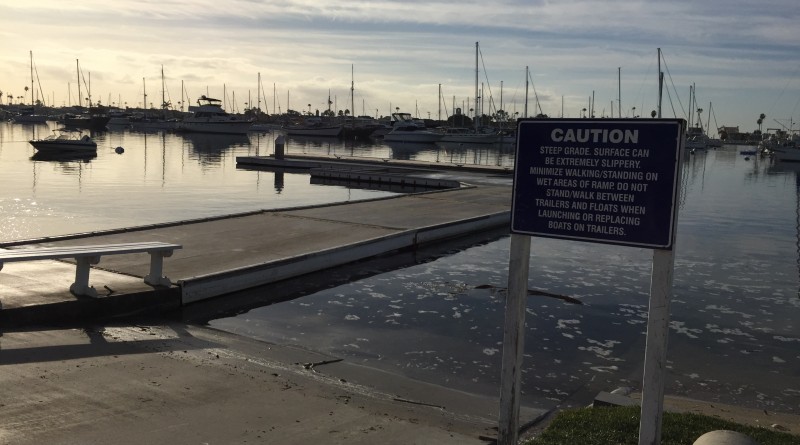 A 3-foot rise in sea level would directly affect the homes of millions of Americans, according to federal agency.

NATIONWIDE — Sea level rise is inevitable, according to a report released last month by the National Oceanic and Atmospheric Administration (NOAA). At least 4 million Americans who live near the coast could be in a permanently inundated area if the sea level rises by 3 feet.

More than 13 million Americans would live in a flooded area if the sea level rises by 6 feet, according to a study cited in NOAA’s Jan. 19 report.

NOAA’s report predicted sea levels would consistently rise through 2100. The prediction was based on recent analytics showing an 8- to 9-inch increase in global mean sea level (GMSL) since 1880. Sea levels have increased 3 inches since 1993, the NOAA report continued.

Earth’s mean sea level rose at a faster rate since 1900 than the GSML increase rate of the previous 2,800 years, according to NOAA.

“Scientists expect that GMSL will continue to rise throughout the 21st century and beyond, because of global warming that has already occurred and warming that is yet to occur due to the still uncertain level of future emissions. GMSL rise is a certain impact of climate change; the questions are when, and how much, rather than if,” NOAA’s Jan. 19 report stated.

The probability of sea level rise occurring by 2100 is between 33 and 66 percent, according to the NOAA report. Climate change was identified as a major factor behind rising sea levels.

NOAA officials added projected sea level rise is more profound in the Western Pacific Ocean (west of Hawaii and east of Japan) than along the California and Pacific Northwest coasts.

“There has been a large west-to-east difference in sea level rise rates across the Pacific Basin over the last several decades,” NOAA officials stated in its Jan. 19 report. “Trends range from much higher than the global rate [greater than 10 millimeters per year] within the Western Pacific and at several U.S. Affiliated Pacific Islands … to much less [less than 1 millimeter per year) within the Eastern Pacific and regions of the U.S. West Coast.”

Ice loss from near the northern and southern poles only increases the need to prepare for the worst, NOAA officials stated.

“The growing evidence of accelerated ice loss from Antarctica and Greenland only strengthens an argument for considering worst-case scenarios in coastal risk management,” researchers stated in the NOAA report. “The main drivers for GMSL rise are atmospheric and ocean warming, which act to increase both the mass of the ocean, primarily through the melting of land ice (anthropogenic changes in the storage of water on land has been an additional effect), and the volume of the ocean, primarily through thermal expansion.”

Protective measures need to be in place to protect high population areas from future sea level rise, a study cited within the NOAA report claimed.

The February 2016 study – “Millions projected to be at risk from sea-level rise in the continental United States” – specifically predicted coastal communities will face significant threats within the next 83 years.

“Sea-level rise (SLR) is one of the most apparent climate change stressors facing human society. Although it is known that many people at present inhabit areas vulnerable to SLR few studies have accounted for ongoing population growth when assessing the potential magnitude of future impacts,” the study, published in the Nature Climate Change journal, stated.

Failure to address sea level rise now could result in massive population migrations by the year 2100, the study continued.

“We find that a 2100 [sea level rise] of [3 feet] places a land area projected to house 4.2 million people at risk of inundation, whereas [6 feet] affects 13.1 million people – approximately two times larger than indicated by current populations. These results suggest that the absence of protective measures could lead to US population movements of a magnitude similar to the twentieth century Great Migration of southern African-Americans,” the study said.

Professors and researchers at the University of Georgia and Stetson University authored “Millions projected to be at risk from sea-level rise in the continental United States.”

Failing to protect against future sea level rise would result in serious consequences, NOAA officials stated in their Jan. 19 report.

“Long-term sea level rise driven by global climate change presents clear and highly consequential risks to the United States over the coming decades and centuries. Today, millions of people in the United States already live in areas at risk of coastal flooding, with more moving to the coasts every year,” the NOAA report explained. “Rising seas will dramatically increase the vulnerability of this growing population, along with critical infrastructure related to transportation, energy, trade, military readiness and coastal ecosystems and the supporting services they provide.”

NOAA stated the most up-to-date science and methodology were used to forecast impending sea level rise by 2100.

The report added current sea level rise projections are just that: projections. Uncertainties still exists and much can change during the next 80-plus years.

“Significant uncertainties exist about the exact trajectory (and impacts) of future climate change, limiting the value of prediction-based frameworks for long-term, climate-related decision-making,” the NOAA report explained. “In other words, decision-makers must expect to be surprised. Planning approaches using sea level scenarios … can help manage uncertainty for continuity of mission and functionality of critical system.”