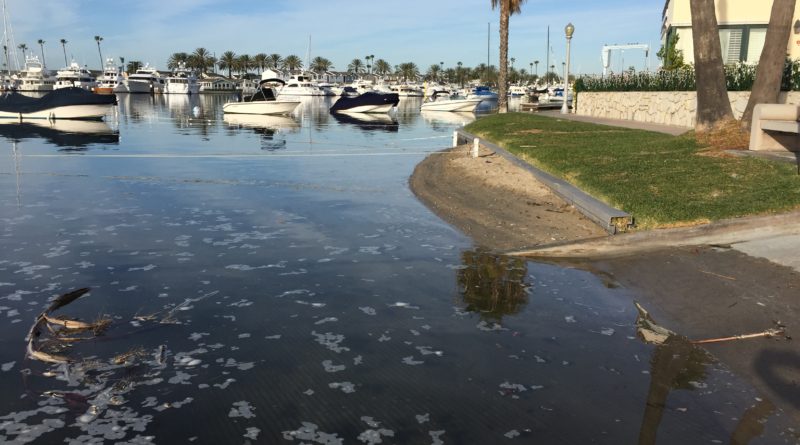 STATEWIDE — A recently released assessment on climate change painted a bleak picture of the worst that could happen if extreme environmental situations play out between now and 2100.

California’s Fourth Climate Change Assessment was made available in late August and was offered to state, regional and local policymakers as a potential road map for environmental action. Three agencies – California Energy Commission, California Natural Resources Agency and the Governor’s Office of Planning and Research – coordinated the released assessment.

The average annual maximum daily temperature could increase by 5.6 to 8.8 degrees and up to two-thirds of Southern California’s beaches could be fully eroded by 2100, according to the assessment.

A broad range of issues were covered in the assessment, such as agriculture, climate justice, development, energy, land use, public health, sea level rise, water supply and wildfires.

“California is one of the most ‘climate-challenged’ regions of North America and must actively plan and implement strategies to prepare for and adapt to extreme events and shifts in previously ‘normal’ averages,” the assessment’s introductory statements read. “Currently, temperatures are warming, heat waves are more frequent, and precipitation has become increasingly variable. California has experienced a succession of dry spells, and with warmer conditions the impacts of these droughts have increased.”

Economic costs associated with the potential fallout of climate change predictions could hit tens of billions of dollars, according the assessment. Some of the costs would be associated with damage to coastal properties and infrastructure.

“A new model estimates that, under mid to high sea-level rise scenarios, 31 to 67 percent of Southern California beaches may completely erode by 2100 without large-scale human interventions,” authors of the released assessment stated.

Those who are on the water often are more likely to deal with algae bloom events, fishery closures and loss of kelp forests should the current marine heat wave trend continue, researchers and scientists continued.

The assessment also contemplated the possible reduction of the Sierra Nevada snowpack, which could directly or indirectly affect freshwater fishing destinations, either through drought or algae bloom events.

A few principles were ultimately listed within the assessment, with each goal aiming to make California as resilient as possible to forecasted environmental changes. The principles were:

– Protect most vulnerable populations and communities

State officials behind the assessment stated everything within the report is not comprehensive and functions as a prediction.

“While the report strives to be as representative as possible, it is not a comprehensive review of the tremendous amount of research on climate change … [since] 2012,” the assessment’s authors stated. “Every attempt is made to represent uncertainty and conditions under which future climate conditions are estimated; however, the report does not include a standard methodology for conveying uncertainty.”