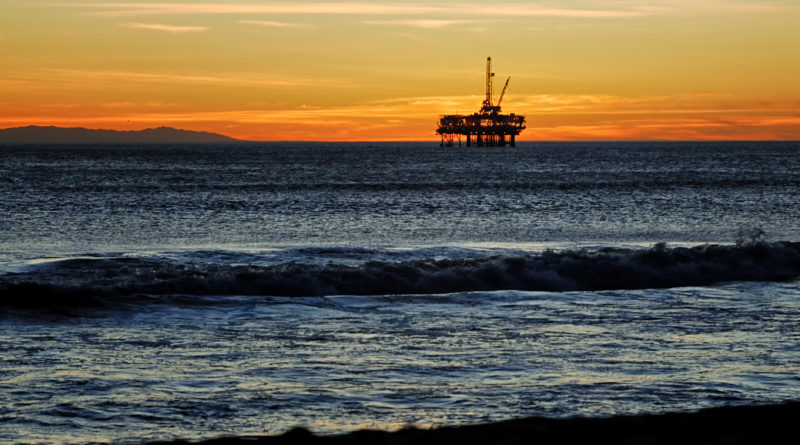 SACRAMENTO — California’s state legislators continue to engage in a game of chicken with the White House, as two bills challenging Pres. Donald J. Trump’s plan to expand oil and gas lease opportunities in federal waters made it out of their respective committees and move forward to the next stage of review.

Both bills have since been placed on the suspense file, meaning they will be reviewed in greater detail due their respective budgetary implications.

SB 834, for example, would result in an “unknown loss of revenue” by prohibiting the State Lands Commission to enter into, extend, modify or renew leases for the exploration or production of oil and gas on state tidelands or submerged lands on the Outer Continental Shelf (OCS).

“Currently, [State Lands Commission] and local trustees have 19 right-of-way leases to allow pipelines that transport oil and natural gas produced in federal waters across state waters. Once onshore, the oil or gas can be process and transported to refineries to become transportation fuels,” a legislative analysis of SB 834 stated. “If new oil and gas leases are issued by the federal government, the product would need to be transported for processing and refinement, then to market.

“This bill gives [the State Lands Commission] the authority to deny expanded offshore drilling by prohibiting the issuance of new right-of-way leases or the renewal, extension, or modification of any existing lease for new oil or gas exploration, development, or production,” the legislative analysis continued.

AB 1775 also prohibits new leases or construction of oil-and-gas-related infrastructure on state tidelands or submerged lands on the OCS.

A legislative analysis of AB 1775 stated California’s General Fund could lose some revenue should the bill become law, but such losses would be unlikely.

“There is a potential for an unknown amount of future forgone [General Fund] revenue, however unlikely, since [the State Lands Commission] has not approved a new offshore lease since 1968,” the legislative analysis out of the Assembly’s Appropriations Committee stated.

The State Lands Commission, in 2001, issued a few resolutions in opposition of federal offshore oil and gas leases. Each resolution was based upon the aim of avoiding another oil spill similar to what happened in Santa Barbara in 1969.

“The foundation for each resolution was the same: the danger of an oil spill like the 1969 Santa Barbara oil spill was too high and oil development and potential spills would adversely affect fishing, tourism, and environmental, recreational, economic, scenic and other values,” a legislative analysis of AB 1775 stated. “The resolutions are also based on and expressive of the state’s policy and practice of not issuing new offshore leases.”

Offshore drilling on the Pacific Ocean OCS was prohibited through 2022 under the Obama administration. The prohibition, however, was to be reconsidered as part of review under an executive order issued by Trump last year.

The State Lands Commission is a three-member independent panel; sitting on the panel are the acting Lt. Governor, State Controller and Director of Finance. It manages nearly 4 million acres of Public Trust lands, tidelands and submerged lands and has authority over lakes, rivers and sloughs.

“The commission has exclusive jurisdiction over un-granted tidelands and submerged lands owned by the state. It has also maintained exclusive jurisdiction over the leasing of offshore state lands for oil and gas production since 1938 as well as issuing right-of-way leases for pipelines necessary to support offshore oil and gas infrastructure,” the Assembly’s legislative analysis of AB 1775. “Onshore oil and gas infrastructure located in tidelands may also require a

“The potential reopening of federal OCS oil and gas leasing off the coast provoked considerable resistance in California. Numerous state entities … opposed the proposed leasing, as did [Gov. Jerry] Brown, both U.S. Senators representing California, many members of [California’s] congressional delegation, and members of the legislature,” the most recent legislative analysis out of the State Senate said. “They cite as reasons for their opposition, flaws in the federal authorities’ leasing process, the significant risks to the environment and the coastal economy – now valued at $44.5 billion annually – without a commensurate benefit, and an apparent lack of interest from industry, among others.”

An estimated 18 million barrels of oil were produce from California’s offshore fields and OCS waters, combined, in 2016, according to the California State Senate.

“California is a major producer of oil and gas from both onshore and offshore fields. Offshore fields may fall under the State’s jurisdiction or be situated in adjacent federal waters,” the State Senate’s legislative analysis of SB 834 said. “More than 50 offshore oil and gas leases were issued between 1938 and 1968. In general, lease terms remain in effect as long as oil and gas production continues and lease terms are met. When production ceases, a lease should be quitclaimed back to the [State Lands] Commission after the infrastructure has been removed and the lease terms satisfied.”