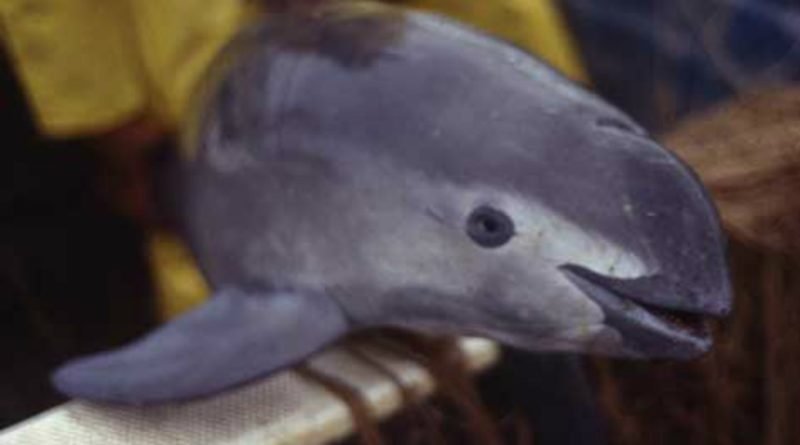 Fewer than 30 of the porpoise habitat remain in the Sea of Cortez, but are organizations doing enough to save the species?

Neither R.E.M. nor any tracks from its folk-rock anthology would appear to have anything in common with the vaquita, a shy and mild-mannered porpoise living in Mexico’s Gulf of California: Except the vaquita’s world might come to an end within the next two to three years – and those in a position to save the species appear to feel just fine with maintaining the status quo.

Here’s a “PSA,” some 31 years after R.E.M.’s popular tune hit the charts: The entire population of vaquita is on the verge of having its own bad day – one of the permanent nature.

The United Nations Educational, Scientific and Cultural Organization – or UNESCO – postponed listing the critically endangered vaquita porpoise as “In-Danger,” despite the species residing in a World Heritage Site. UNESCO established an area of the Gulf of California – which is also referred to as the Sea of Cortez – as a World Heritage Site through 2025 specifically for the purpose of protecting the vaquita from extinction.

Yet UNESCO’s World Heritage Committee, for the second time since 2017, postponed declaring the vaquita – of which fewer than 30 remain – as being “In-Danger.”

Why delay the listing of a critically endangered species as being in danger? Is there a threshold the vaquita needs to cross in order for it to earn UNESCO’s “In-Danger” blessing? When is it too late for any UNESCO action to be meaningful?

There are 54 properties currently listed as “In-Danger” (as decided by UNESCO’s World Heritage Committee). The list of In-Danger properties includes any portion of a cultural or natural heritage considered to be “threatened by serious and specific dangers, such as the threat of disappearance caused by accelerated deterioration, large-scale public or private projects or rapid urban or tourist development projects.”

Earning an In-Danger designation could lead to increased international awareness of a threatened species and/or encouraged actions to prevent full-on extinction.

The vaquita population has declined by about 95 percent since 1997, according to the National Oceanic and Atmospheric Administration, or NOAA. There are fewer than 30 vaquitas remaining in the world, down from 567 in 1997, according to NOAA’s estimates. One watchdog group, in March 2018, reported as few as 12 vaquitas remain. Much of the vaquita’s rapid population decline has been attributed to illegal fishing activities in the upper stretches of the Gulf of California.

It would appear UNESCO’s “In-Danger” threshold was met in the two aforementioned paragraphs. Empathy could surely be cast for a Mexican fisherman turning a blind eye to illegal fishing activities because it means food on his family’s table. How many of us would go out of our way to save the vaquita from being a victim of bycatch if it means sacrificing a dinner for our family tonight? Yet the vaquita’s reality still exists: The current state of the habitat obviously shows vaquitas are “threatened by serious and specific dangers.” The species’ disappearance and near extinction has repeatedly been acknowledged as being the result of illegal fishing activities, which certainly qualifies as “caused by … large-scale public or private projects.”

Representatives from the Center for Biological Diversity and Animal Welfare Institute, who attended the June 28 World Heritage Committee meeting in Bahrain, claim the vaquita could be wholly extinct by 2021. They wondered whether the UNESCO committee caved into what it called rhetoric of the Mexican government in delaying the “In-Danger” designation.

Mexico requested UNESCO’s World Heritage Committee grant an extension on declaring the vaquita as “In-Danger,” as to allow the North American country to improve its efforts to protect the species.

Officials associated with UNESCO and the committee, in recommending a delay of “In-Danger” designation, said more time is needed to see whether current measures already in place would yield positive results. Removing drift gillnets from the Sea of Cortez floor, for example, is a great first step, but could any UNESCO action help bring attention to the totoaba black market? The pursuit of totoaba swim bladders in Mexico for profitable sales in China – a 2017 article in The Guardian stated maws (what the swim bladder is called) is smuggled into the world’s most populous country and sold for $20,000 per kilogram, on average – is responsible for the near-extinction of vaquita.

Yet do we have the luxury of time, here? Not if you believe the Center for Biological Diversity, who issued a statement shortly after the World Heritage Committee meeting in Bahrain and alleged the international body as almost guaranteeing the marine mammal’s extinction by not designating the vaquita as “In-Danger” last month.

“Today the [World Heritage Committee] opted again to ignore the vaquita’s plight and decided not even to discuss an ‘in-danger’ designation despite the porpoise’s population likely being reduced by about half since the committee’s last meeting, jeopardizing its very existence,” the Center for Biological Diversity statement said.

Various efforts have been made, to be fair, to save the vaquita. Scientists attempted to create a safe space for vaquitas, allowing them the opportunity to survive and replenish in a controlled environment. The program, known as Vaquita CPR, failed. (CPR stood for Conservation, Protection and Recovery.)

World Heritage Committee members and UNESCO officials, meanwhile, hope the Mexican government’s attempt to remove drift gillnets – the main culprit of vaquita deaths – will be sufficient action to prevent further deaths. It’s unclear, however, whether officials know where all the drift gillnets are located. It’s even less clear whether this action, by itself, is enough to prevent the extinction of the vaquita.

The Marine Mammal Commission, an independent agency of the U.S. government, might also be worth contacting; Dr. Daryl J. Boness is its chair. The commission can be reached at mmc@mmc.gov or 301-504-0087.