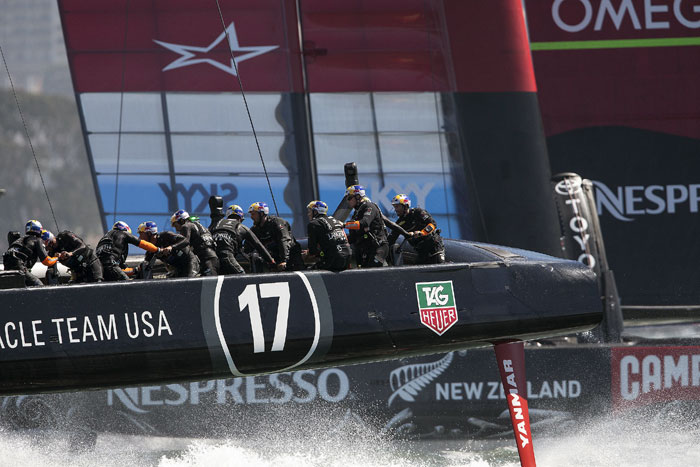 SAN FRANCISCO (LOG NEWS SERVICE) — The America’s Cup is staying in America for at least one more day, thanks to a win by Oracle Team USA in Race 12 on Sept. 19 — and the weather on San Francisco Bay.

After Oracle Team USA won Race 12 — defeating Emirates Team New Zealand by 31 seconds — the wind began to build. Race 13 was postponed with less than 2 minutes to the start because the wind exceeded the safety limit.

Leading the series 8-2, the Kiwis need only one more win to reclaim the Auld Mug for Royal New Zealand Yacht Squadron.

With its win Sept. 19, Oracle Team USA must win seven consecutive races to keep the trophy it won it 2010.