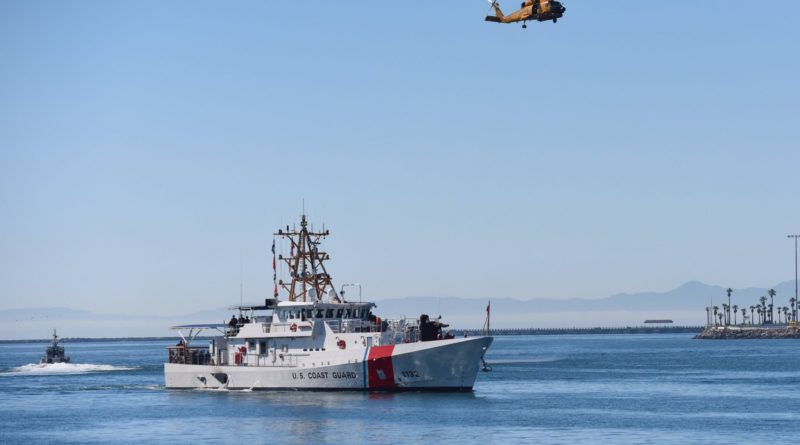 HR 2893 is also known as the Boater Protection from Laser Pointers Act; Rep. Bob Gibbs, R-Ohio, co-authored the bill. Gibbs is a ranking member of the Coast Guard and Maritime Transportation Subcommittee of the House Transportation and Infrastructure Committee.

“Boating is central to the culture, economy, and security of Coastal Orange County. Unfortunately, the brave members of the United States Coast Guard face unnecessary obstacles as they protect our shores,” Rouda said in a released statement. “My common-sense bill will ensure the safe operation of all vessels in our waters by prohibiting pointing lasers at vessels operating in the waters of the United States. Interference with the safe operation of boats on the coast is unacceptable, and should be prohibited by law.”

Rouda’s office, citing a May 4, 2017, article published by The Maritime Executive, said the bill was necessary to address an “uptick” in laser beam strikes on merchant ships at Maryland’s Chesapeake Bay.

Intentionally pointing a laser at and interfering with operation of a vessel, vehicle or aircraft already carries a punishment of (up to) 10 years in prison and $2,500 fine, according to The Maritime Executive’s coverage of laser pointing at vessels.

Maryland’s legislature tried to address the use of laser pointers on boats and ships in 2018, according to The Daily Record, a publication covering business, government and legal news of the Old Line State. House Bill 125 proposed to prohibit the willful “shining, pointing or focusing the beam of a laser pointer on an individual operating a … vessel.”

The bill, which died in the legislature, also proposed imprisonment of up to three years and/or a fine no greater than $2,500 for proven violators.

Laser incidents on our waterways affect boating activities, which in turn disrupt Coast Guard exercises, ferry operations and shipping, according to a statement issued by Rouda’s office.

The Orange County coast, which borders the western edge of Rouda’s district between Seal Beach and Laguna Beach, is home to regular Coast Guard activities, such as maritime commerce, port and waterway security, protection of maritime resources and search and rescue missions.

“Using laser pointers to interfere with boats of any kind threatens the safety of those aboard and on-shore. This bill will make such interference a crime similar to laser interference with aircraft,” Gibbs said in a released statement.

Rouda represents Newport Beach Harbor and Huntington Harbour in Washington, D.C. HR 2893 was introduced on May 22. It was immediately sent to the House Committee on Transportation and Infrastructure, and then referred to the Subcommittee on Coast Guard and Maritime Transportation.

Full text of the bill was not yet available as of press time.