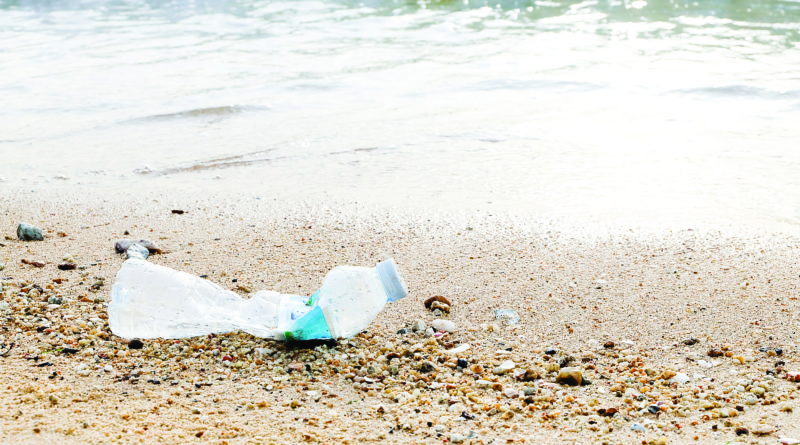 Assembly members and State Senators return to Sacramento with new governor in charge.

SACRAMENTO—Sacramento is back in session, complete with a new class of legislators and a different man in the gubernatorial mansion. The 2019-2020 legislative session is already seeing a spate of new proposals hitting the Capitol Hill floor. Proposals will continue to be crafted during the next few days and weeks, but the bills already introduced show a variety of environmental issues to be debated and fleshed out during the next eight to nine months. Some of those proposals directly affect California’s angling and recreational boating communities. Here is a quick look at some of the legislative bills anglers and boaters might find worthy of following between now and October, when all bills must be decided upon.

State Sens. Ben Allen and Scott Wiener introduced Senate Bill 54 (SB 54) on the legislative floor in December 2018; the bill proposes to reduce the amount of single-use plastic waste entering onto beaches and into the Pacific Ocean. Such plastic waste, according to language of the bill, ends up “costing local governments millions of dollars in cleanup costs.”

SB 54 did not provide any details, however, of what the state would do to proactively keep single-use plastic waste out of beaches and the ocean. The bill, instead, merely stated it would be the state legislature’s intent “to enact legislations that would significantly reduce the amount of single-use plastic waste entering California’s waste stream, polluting our oceans, littering our local communities and beaches, and costing local governments millions of dollars in cleanup costs.”

A group of eight assembly members introduced a bill in December 2018 to direct the State Coastal Conservancy to give funding priority to projects utilizing natural infrastructure to help adapt to climate change.

“[Assembly Bill 65, or AB 65] would require the conservancy to provide information to the Office of Planning and Research on any projects funded pursuant to [the prioritization requirement] to be considered for inclusion into the clearinghouse for climate adaptation information,” language of the bill stated.

AB 65 was introduced within the confines of Proposition 68, which was approved by California’s voters in November 2018. Prop. 68 authorized the issuance of $4 billion in bonds to finance programs addressing climate change, coastal protection, drought, habitat restoration, ocean acidification and sea level rise.

“When allocating funds made available … the conservancy shall do all of following: prioritize projects that use natural infrastructure to help adapt to climate change; prioritize projects that provide multiple public benefits, including, but not limited to, protection of communities, natural resources, and recreational opportunities; and, give consideration to projects in a variety of ecosystems along the state’s coastline,” the language of AB 65 stated.

Bloom, in addition to co-authoring AB 65 above, also introduced Assembly Bill 129 (AB 129). The bill aims to “enact legislation to recognize the emerging threat that microfibers pose to the environment and water quality.”

“[Plastic microfibers] are small, non-degradable fibers that are less than 5 millimeters in length are a major category of plastic pollution in water, pose a serious threat to the environment, and have been found within fish and shellfish that are consumed by humans,” language of AB 129 stated. “Garments made from synthetic fabrics, such as polyester, can shed up to 1,900 microfibers per wash. Effluent from washing machines and wastewater treatment plants is a significant source of microfiber pollution that enters waterways and the ocean.”

The bill went on to state it should be the legislature’s intent to “recognize the emerging threat that microfibers pose to the environment and water quality” and “provide information to the general public about the sources of microfiber pollution.”

AB 129 also aims to rely on future legislation to “reduce the amount of microfiber that enters the environment and is subsequently consumed by wildlife.”

The Log will track these and other boating-/fishing-related bills as they make their ways through the legislative process.