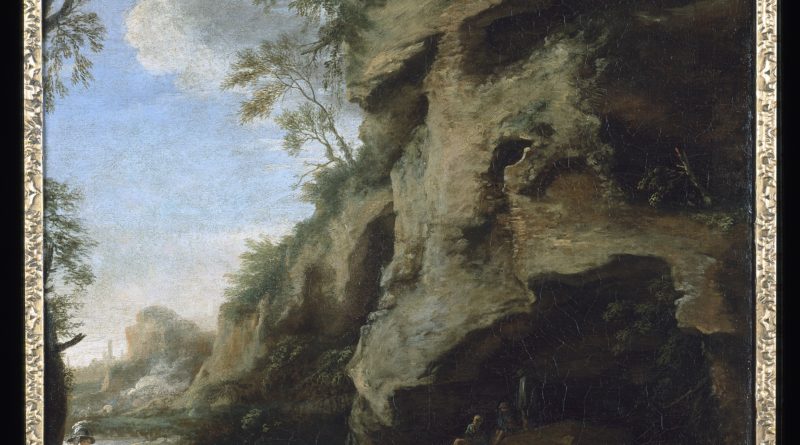 ‘A Rocky Coast, with Soldiers Studying a Plan’ by Salvator Rosa is one of three high-value paintings stolen from Christ Church Picture Gallery in Oxford by a thief suspected of using a boat to flee the scene. Thames Valley Police press release photo

OXFORD, England—“Did you notice anything unusual around the River Cherwell or the River Thames near Oxford on Saturday night? Has your boat been stolen from this area recently or have you found one abandoned?” Thames Valley Police posed these questions on Twitter on March 16.

The police department in Oxford, England is investigating the burglary of three high value paintings from Christ Church Picture Gallery at Oxford University and they believe the culprits may have used a boat to access and flee the scene.

The works, ‘A Rocky Coast, with Soldiers Studying a Plan’ by Salvator Rosa, ‘A Soldier on Horseback’ by Antony Van Dyck and ‘A Boy Drinking’ by Annibale Carracci are all more than 350 years old and have a combined estimated value of around $12 million, according to The Times, a British daily national newspaper based in London.

The burglary took place around 11 p.m. on March 14. Police said the paintings have not yet been recovered. Investigators are also still trying to determine how the thieves entered the museum and how the works were taken.

Police said in a released statement a line of inquiry officers are pursuing is the offenders could have used a boat as a vehicle to access and leave the site.

“This is just a hypothesis at this time, but we would like to hear from anyone who has had their boat stolen recently or has noticed any unusual activity around where their boats are docked,” said Investigating Officer Detective Inspector James Mather in a released statement. “We are initially asking people with boats based on the River Cherwell or the River Thames near Oxford to get in touch if you have noticed any unusual activity.”

Christ Church Picture Gallery is an art museum at Christ Church, one of the colleges of Oxford University in England. The gallery holds a collection of about 300 Old Master paintings and nearly 2,000 drawings. The college said in a released statement the Picture Gallery will remain closed until further notice.