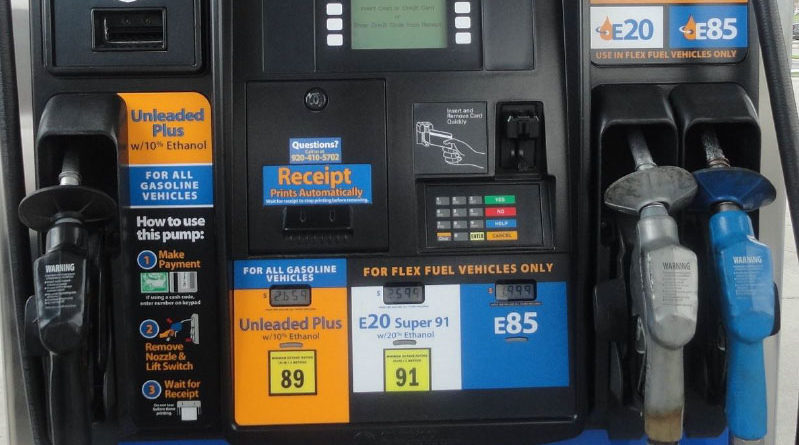 WASHINGTON, D.C. — A coalition of anglers, marine businesses and recreational boaters, in a joint letter sent to Pres. Donald J. Trump on May 3, petitioned the White House to reform the federal Renewable Fuel Standard (RFS). The coalition hopes to limit the national supply of fuel blends with higher proportions of ethanol.

Recreational boating interests such as BoatUS and National Marine Manufacturers Association (NMMA) have regularly pushed for RFS reform, stating blends of fuel containing anything more than 10 percent ethanol is harmful to boat engines and the marine environment.

The May 3 petition specifically stated the RFS, while mostly beneficial, is discriminatory toward recreational boaters and must be reformed to benefit a larger consumer base.

“As you know, the RFS sets ambitious goals to introduce renewable fuels into the nation’s energy market,” the petition’s authors and signatories stated in a letter to Trump. “For nearly a decade it has transitioned the country towards alternative energy sources, predominantly in the form of conventional, corn-based ethanol. While the RFS has achieved success in reaching such goals, the administration of the program and its impacts on ordinary Americans has not been without controversy.

“In particular, it has discriminatorily affected the boating public – groups of boaters and anglers who purchase fuel for their boats,” the petition’s cover letter continued.

The petition stated fuel blends containing greater than 10 percent ethanol have been proven to be harmful to marine engines.

“Blends of fuel with greater than 10 percent ethanol are incompatible with marine engines and the marine environment,” the petitioners stated in their cover letter to Trump. “As proven through extensive testing in coordination with the Department of Energy, and reaffirmed by the Environmental Protection Agency (EPA) prohibition on the usage of higher ethanol blends in marine engines, boat owners depend on access to fuels with less than 10 percent ethanol.”

Representatives from ASA, BoatUS, MRAA and NMMA added they have been petitioning federal leaders for years on RFS reform – without achieving any results.

“EPA mandated that more ethanol be introduced into the fuel supply than ever before, fulfilling the maximum allotment by law,” the petition’s cover letter stated. “While EPA has repeatedly heard from our industry, and thousands of our stakeholders, the agency’s November decision continued to ignore our concerns – unfortunately that decision has endangered the safety of every boat owner in America.”

API, in a recently published policy position, stated increasing the proportion of ethanol in the nation’s fuel supply would be harmful to consumers.

The organization called the RFS “obsolete.”

“Extensive testing by the automotive and oil industries shows higher ethanol blends may result in damaged engines and fuel systems for owners of the overwhelming majority of cars as well as boats, lawnmowers and other gasoline engines. Automakers have warned these increased blends of ethanol could void car warranties,” API officials stated in a policy position.

Support for ethanol use in engines might be found Down Under, where the Biofuels Association of Australia published a statement on the correlation between ethanol and corrosion on its website.

Ethanol is no more corrosive than any other form of gasoline, the association stated. Fuel blends with ethanol would not cause corrosion if purchased from a trusted source, representatives of the association continued.

One caveat: all ethanol fuels sold in Australia must, by law, contain a corrosion inhibitor additive. The additive would prevent the negative effects of low-quality ethanol, according to the Biofuels Association of Australia.