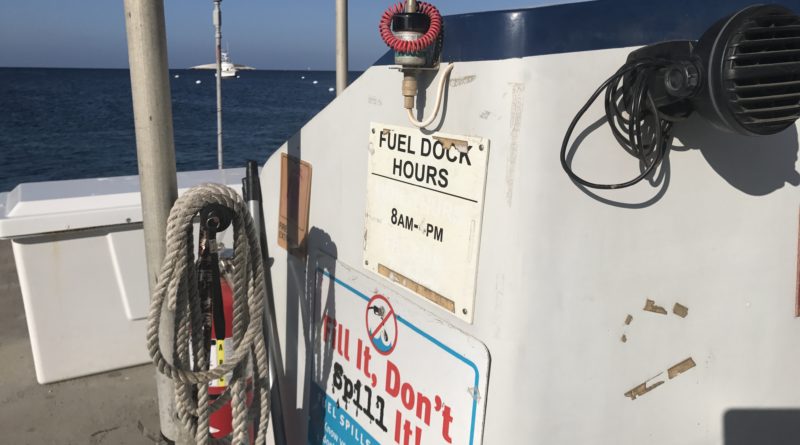 White House policy direction appears to favor ethanol industry but some supporters are wary of details.

Trump’s apparent willingness to all for year-round sales of E15 fuel a major takeaway during a May 8 meeting at the White House to discuss the Renewable Fuel Standard, or RFS.

“President Trump agreed to allow for the sale E15 year-round. That’s good news for farmers and consumer choice at the pump,” Grassley, who is a leading national advocate for ethanol and the corn industry, said in a released statement.

“Allowing higher blends of ethanol to be sold in the summer months fits in well with EPA’s deregulatory agenda. There was also an agreement to not pursue an artificial cap on RIN [Renewable Identification Number] prices, which would have destroyed demand for biofuels and hurt biofuels workers,” Grassley’s statement continued.

Details of what terms would be attached to Trump’s agreement remain to be seen, however, potentially damping any excitement within the corn/ethanol industry. Even Grassley acknowledged he’s not quite exhaling despite the White House’s indication to allow year-round sales of E15.

“Had WH mtg on RFS/ethanol. No RIN cap & got E15 yr round,” Grassley short-handedly wrote on his Twitter page (@ChuckGrassley) on May 8. “Need to see Perdue+Pruitt plan. Devil in details.”

The interplay between Grassley and Pruitt will be interesting, as the former represents corn-friendly Iowa and the latter was governor of oil-friendly Oklahoma prior to joining the EPA.

Grassley went so far as to say he’d call for Pruitt’s resignation if certain promises on ethanol weren’t kept.

“I’ve supported Pruitt but if he pushes changes to RFS that permanently cut ethanol by billions of gallons he will have broken Trump promise & he should step down & let someone else do the job of implementing Trump agenda if he refuses,” Grassley wrote on his Twitter page, May 15.

Trump indicated his inclination to support year-round sales of E15 about three weeks ahead of his RFS meeting with Grassley, Perdue, Pruitt and others.

“We’re working on the ethanol, and it’s really working out,” Trump said during an April 12 meeting with governors and members of Congress at the White House’s Cabinet Room. “People have been talking about this for years. And we think we’re going to do something, I will say, early – and now this is no guarantee – but we’re going to raise it up to 15 percent, which makes a lot of people happy.”

The president added an eight-month window on E15 sales was “unnecessary and ridiculous.”

E15, interestingly enough, was on the agenda at the American Boating Congress, which was held in Washington, D.C., May 9-11, shortly after Trump’s RFS meeting at the White House. Pruitt reportedly attended the conference’s final session to discuss ethanol fuel blends and RFS reform.

“We discussed the role of the EPA and its effects on the boating industry. We talked air emissions, fuel policy, and environmental stewardship,” Pruitt said on his Twitter page of attending the American Boating Congress.

A BoatUS blog post published in early May stated ethanol-free gasoline is more popular amongst Iowa residents than E15, E20 and E85 fuel blends, combined, in 2016. The blog post cited data from an Iowa Department of Revenue report.

“BoatUS … has concerns over potential consumer mis-fueling as E15 pump labeling requirements are minimal – just a small orange warning label,” the blog post stated. “Only fuels containing up to 10 percent ethanol (E10) are permitted for use in recreational boats, and anything greater voids many marine engine warranties.”

There appears to be no timeline on when – or whether – Trump and his administration will follow-up on any planned execution of year-round E15 sales.

One thought on “Pres. Trump signals okay for year-round sales of E15”