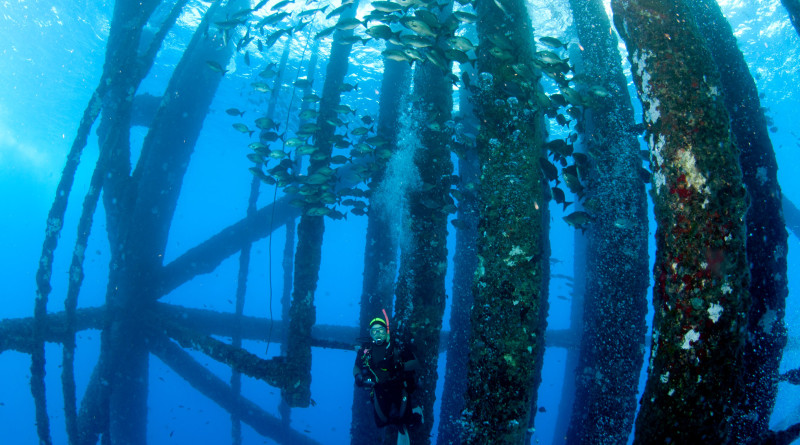 SACRAMENTO — Offshore oil companies could be required to fund a state-mandated rigs-to-reefs program, according to a legislative proposal introduced by State Sen. Bob Hertzberg (D-Van Nuys).

Senate Bill 588 (SB 588) would establish a clear path to realize California’s plan of converting decommissioned oilrigs into artificial reefs. State officials originally proposed the rigs-to-reefs program in 2010, but the initiative has effectively been dormant since it became law in 2011.

Hertzberg said his bill reworks the program to make it easier for oil companies to commit to California’s rigs-to-reefs program.

“This legislation establishes the process and safeguards necessary to ensure the rigs-to-reefs program will be environmentally beneficial and successful,” Hertzberg stated shortly after introducing SB 588 in February. “Turning old oil rigs into artificial reefs is a creative solution to an old problem that has shown enormous benefits in other parts of the world.”

Lawmakers approved the rigs-to-reefs policy in 2010. The policy, however, “proved to be unworkable” since it went into effect the following year, according to Hertzberg.

“No oil company has submitted an application under it,” a statement from Hertzberg’s office about SB 585 said.

The current proposal spawned from two years of refining language and working with stakeholders to create “an honest assessment of the environmental trade-offs of partially removing defunct oilrigs versus fully removing them,” Hertzberg’s staff stated.

“SB 588 aims to turn the current rigs-to-reefs policy into a workable program, without sacrificing any level of environmental review. An effective program would encourage oil companies to start shutting down their rigs and eliminate the danger posed by their aging structures. In addition, the legislation will provide much-needed funding for other ocean conservation programs.”

More than two-dozen oil platforms dot the California coastline, each one extracting fossil fuels from beneath the ocean floor, according to Hertzberg.

“Most of the platforms were built in the 1960s, and as they near the end of their lives, they pose an increasing risk of springing a leak or breaking down,” Hertzberg’s staff stated. “Oil companies have expressed interest in decommissioning platforms, but the permitting process for partial removal of rigs under the California Marine Resources Legacy Act (CMRLA) is so cumbersome and vague that no operator has applied for a permit.

“Federal law requires platforms to continue pumping oil and gas until they have received a permit for decommissioning, and so oil companies have continued operating rather than shut down their rigs,” Hertzberg’s staff continued.

Decommissioned oilrigs – along with ships and subway cars – have been converted to artificial reefs around the world.

Oil companies, prior to the rigs-to-reefs program, had to remove an entire rig to have it decommissioned. Removing an oilrig entirely would destroy marine life habitats and create other environmental damage, according to Hertzberg.

The Bureau of Safety and Environmental Enforcement (BSEE), a federal agency created in 2011, stated 470 oilrig platforms in the Gulf of Mexico were, as of July 2015, converted to permanent artificial reefs.

An eight-leg oilrig structure could provide a home for 12,000 to 14,000 fish, the Coastal Marine Institute stated in a recent study.

The Sportfishing Conservancy sponsored SB 588, which is currently being vetted by committee.