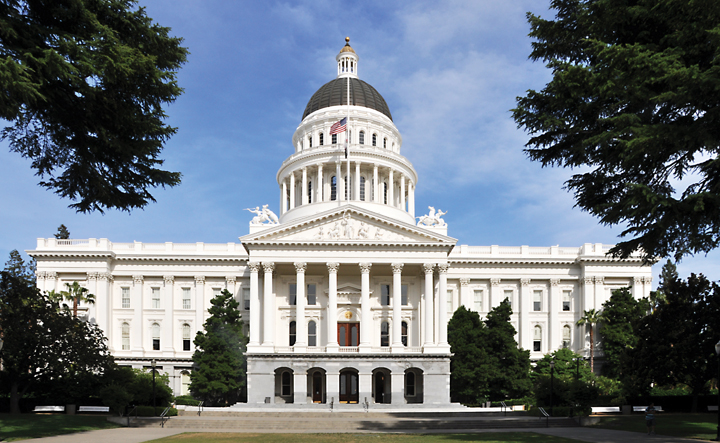 Assembly Bill 3030 didn’t make it to the governor’s desk this year, thanks to opposition by angling and commercial fishing advocacy groups.

SACRAMENTO—California’s legislature is officially closed for business this year. Every bill approved by the State Senate and Assembly and reviewed by Gov. Gavin Newsom have been signed or vetoed. There were, of course, many proposals that never made it out of either house. One of those proposals was Assembly Bill 3030 (AB 3030), which was introduced by Assembly member Ash Kalra, D-San Jose, earlier this year.

“Unfortunately for the bill’s sponsors, they were unwilling to work with us in good faith on our suggested amendments,” Kotow said. “We hope in the next go-around, the sponsors will see fit to work with stakeholders such as the sportfishing community and others to help ensure that the language in the bill is something we all can accept.”

Opponents of AB 3030 also added the proposal, if it became law, would also restrict fishing access.

“The goal [of AB 3030] is laudable, but the bill’s language is not. Unless the bill is fixed to protect existing fishing access – absent a need to protect biodiversity from specific harm – and to recognize the sustainable management of West Coast fisheries, sport and commercial fishers must regretfully oppose AB 3030,” Conroy and Gorelnik said.

“The bill fails to recognize that the meaningful marine biodiversity protections sought elsewhere in the world already exist here in California,” Conroy and Gorelnik said. “In California, existing fishing management measures already protect marine biodiversity and its role in the larger marine ecosystem. Virtually all of the ocean waters off California are already protected by overlapping federal and state laws and regulations designed to protect the health of living marine resources.”

There are many threats to California’s marine biodiversity, they acknowledged, but California already has the tools to address those perils.

“Significant threats remain to our oceans, such as offshore energy and mineral extraction, climate change, ocean acidification, plastics, inland pollution reaching the ocean, and water policies in our rivers that diminish stocks of salmon and steelhead,” according to Conroy and Gorelnik. “However, no evidence supports the notion that sustainable fishing in the ocean waters of California creates a risk to California’s marine biodiversity. If a threat from fishing were to arise, tools are already in place to address it.”

Anupa Asokan, who describes herself as a lifelong angler and sits on the National Board of Directors for Surfrider Foundation, also penned an editorial for CalMatters. She said the marine protections proposed in AB 3030 were based in science and environmental justice.

“[The fishing groups opposing AB 3030] do not represent the voice of the true collective fishing community, they represent short-sighted and selfish interests of the people who look like them. They are using the powerful lobbying voice of ‘the fisherman’ to push an agenda that’s not good for the ocean or the long-term success of any species we fish.

“I’m a fisherwoman and a marine scientist, and I’m here to tell you that protecting at least 30 percent of our ocean is critical if we want to continue to fish now and into the future.”

Another editorial published by CalMatters added AB 3030 would have actually created more access for anglers.

“Assembly Bill 3030 does not restrict fishing or hunting access,” Drevet Hunt, a senior attorney with Natural Resources Defense Council, said in his CalMatters editorial. “[AB 3030] brings together the important goals of protecting and conserving biodiversity and increasing opportunities for access to nature for all.

“A basic reading of the plain language in the bill reveals there is no mandate to close fisheries,” Hunt continued. “Instead, AB 3030 includes an affirmative requirement to improve access for recreational fishing and hunting and is silent on commercial activities.”

Kalra, in an Op-Ed he wrote for San Jose Mercury News in July, called AB 3030 the “next chapter in California’s environmental history.” The bill, he argued, was necessary to preserve California’s marine life.

“As we settle into the new decade, scientists are sounding the alarm that nature is facing unprecedented challenges. Without action, the California we know, and love, will cease to exist,” Kalra wrote.

AB 3030, according to a State Senate Appropriations Committee analysis, would “establish new land, water and ocean protection goals, including 30 percent of the state’s land areas and water by 2030.”

The fiscal impact of AB 3030, at the time it was being analyzed by the State Senate, was unknown,” according to the most recent legislative analysis.

State departments would endure “potentially significant cost pressure … to support ’30 by 30’ as a target for land, water and ocean conservation,” the legislative analysis continued.

Supporters of AB 3030, the legislative analysis continued, believed time was of the essence.

“We need to protect more of our land & water for everyone to enjoy,” Kalra tweeted. “Although disappointed the bill stalled in 2020, we’ll be back next year to push #30by30.”