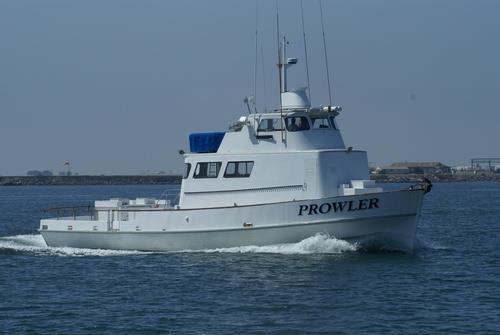 Coast Guard can’t confirm when official report would be released.

SAN DIEGO—An open-ocean collision involving a 65-foot sportfisher and 332-foot luxury yacht occurred on Oct. 26, 2018, about 9 miles off the coast of Imperial Beach and somewhere near the U.S.-Mexico border. We are almost one year removed from the incident and the U.S. Coast Guard has informed The Log its investigation is still ongoing.

Several injuries were reported and the Coast Guard was deployed to rescue several passengers. At least one person died, according to news reports and unnamed sources that were on the scene.

The Log reached out to a source at the Coast Guard’s San Diego sector in March to determine whether an investigation of the open-ocean collision had been completed.

Lt. Commander Stephanie Hodgdon replied to The Log on April 1 and stated the investigation was still ongoing.

“The Attessa IV/Prowler investigation is still open and ongoing. Therefore, we cannot disclose the details of the case at this time. The details of the case cannot be release until the investigation is closed by our headquarters in Washington, D.C.,” Hodgdon said in her e-mail response. “At this time, I do not have an anticipated date of completion and closure due to the nature and complexity of the incident.”

She added progress of the investigation could be tracked online at cgmix.uscg.mil, with the reference number 6572770.

The Log visited the above-referenced website and typed in the reference number in the relevant Coast Guard search engine. The search engine stated it did not recognize the reference number and could not return any results of an investigation. Word searches for “Prowler” and “Attessa IV” were also unsuccessful, so The Log reached out to the Coast Guard’s San Diego sector on Aug. 27 to inform them of the search results and to ask for an update.

“Good Morning Mr. Rohit, I am no longer assigned to Sector San Diego and do not have any visibility on the status of the Attessa investigation. Please contact Mr. Greg Cable for further inquiries regarding this case,” Hodgdon stated in her reply on Aug. 28.

“The report has not been finalized to date. Please e-mail me in the future and I will let you know when the report is able to be released,” Cable stated.

Prowler, a 65-foot sportfisher, was returning from a fishing expedition in Mexican waters when it collided with the 332-foot luxury yacht Attessa IV during the early morning hours of Oct. 26. The collision occurred 9 miles west of Imperial Beach and in an area where boats commonly navigate through en route to Mexico. Prowler was headed toward Mission Beach and Attessa IV was likely headed south into Mexico.

Many questioned how a collision of this nature could happen, what with radar, AIS and other on-board technologies. Then there are round-the-clock lookouts, not to mention it’s hard to overlook a large boat in open water, be it a 65- or 332-footer.

The Log will continue to check in with the Coast Guard and report on the results of its investigation as soon as it’s completed.

Some readers of The Log have, through e-mails, phone calls and letters to the editor, consistently questioned why the Coast Guard has taken so long to complete its investigation. One suspected reason: the Coast Guard has a severe backlog of paperwork and doesn’t have the staff available to catch up.

One thought on “Prowler-Attessa collision still being investigated”