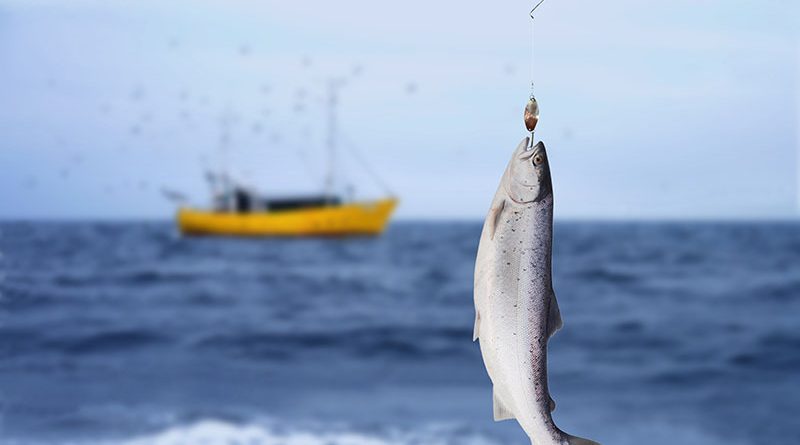 Each year at its March and April meetings the Pacific fishery Management Council establishes management measures for commercial, tribal, and recreational salmon fisheries off the coasts of Washington, Oregon, and California. Credit: Shutterstock image.

CALIFORNIA— California’s recreational salmon fishery will open on April 2 in ocean waters from Point Arena, south to the U.S./Mexico border, with a minimum size limit of 24 inches.

Ocean abundance forecasts have increased over the prior year California’s two primary stocks, Sacramento River Fall Chinook, and Klamath River Fall Chinook. However, fishery managers recommended the Pacific Fishery Management Council (PFMC) take a precautionary approach to the 2022 ocean salmon seasons. Fisheries have performed better than expected in recent years. However, concerns have been raised for sensitive, non-target stocks of salmon. In addition, fewer fish have returned to the rivers to spawn than expected. These concerns, along with the continued threat of drought and the persistent overfished status of Klamath River Fall Chinook since 2018, prompted the PFMC to approve additional fishery restrictions in 2022.

“The 2022 fishing season will be a mix of good and bad news,” said Grace Easterbrook, an environmental scientist with the California Department of Fish and Wildlife, in a news release from March 15. “For recreational anglers wishing to pursue salmon off the Central Coast, there will be ample opportunity if the fish show. However, fishing seasons in the north will be more constrained due to the persistent low abundance of Klamath River Fall Chinook.”

The PFMC approved three alternative fishing seasons for public review on March 14 at its meeting in San Jose. PFMC will continue to accept public input before finalizing the recreational and commercial seasons sometime in April. The alternatives are available on the PFMC website at www.pcouncil.org. In addition, a public hearing was held on March 22, where the public was invited to comment on the PFMC’s season proposals. The final season dates will be decided at the April 6-13 meeting in Seattle, Washington. Details on how to attend the public hearing and PFMC meeting and instructions to provide public comment can also be found on the PFMC website. The CDFW will determine openings north of Point Arena in mid-April.

Anglers are advised to check for updated information when planning a salmon fishing trip. Season dates, bag, possession limit information, and gear restrictions can be found on CDFW’s ocean salmon webpage at www.wildlife.ca.gov/oceansalmon or by calling the Ocean Salmon Regulations Hotline at (707) 576-3429. In addition, public notification of any in-season change to conform state regulations to federal regulations is made through the National Marine Fisheries Service Ocean Salmon hotline at (800) 662-9825.