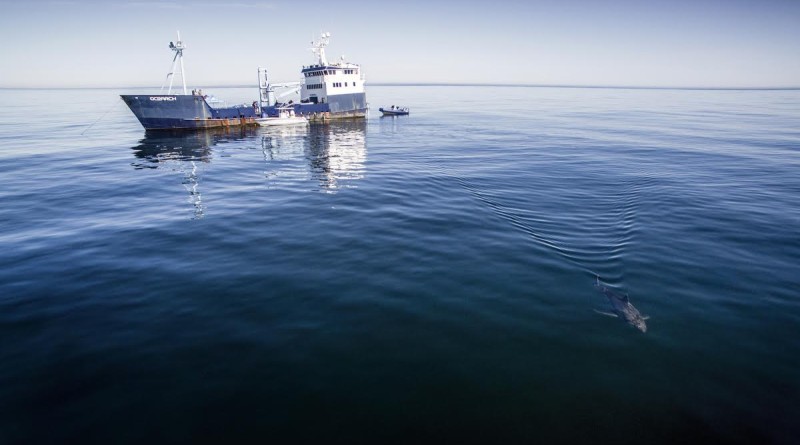 Pairing great white sharks with expensive bourbon might not sound like the ideal combination, but the predatory fish and alcoholic beverage are exactly what you’d find aboard a research vessel.

The vessel’s 75,000-pound lift allows researchers to haul aboard great white sharks, which can weigh up to 5,000 pounds. The live sharks are then tested, studied and tagged within 15 minutes before being released back into the sea.

Conducting examinations on sharks is not the only fascinating element to this vessel.

“About a quarter-million dollars worth of bourbon with the average bottle priced at $70” can be found below deck, GoldenIsles.com The News reported.

Apparently the rocking of the boat improves the flavor of the bourbon, the distiller Trey Zoeller is quoted as saying in the GoldenIsles.com The News’ article. The sale of the liquor contributes to the scientific research and education.

Great white sharks have a lifespan of more than 70 years in the North Atlantic. Female great white sharks start giving birth in their mid- to late-20s and can have from two to as many as 14 pups, according to the Ocearch website.

The shark research vessel is registered in Park City, Utah. However Ocearch was docked in Brunswick, New Jersey, giving the public an opportunity to go aboard and tour the vessel.

Ocearch is currently on expedition in the Lowcountry (Georgia and the Carolinas) through March 15.