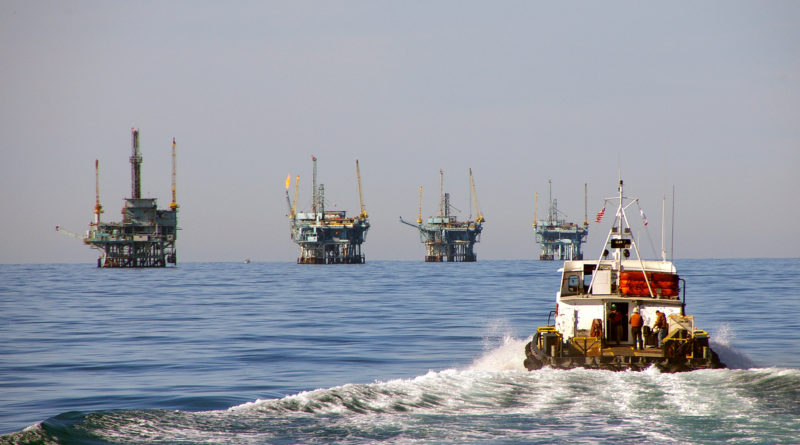 SACRAMENTO — Pres. Donald J. Trump’s plan to explore offshore drilling opportunities at as many as six locations off the California coast has met with opposition from a Republican legislator from the state’s Bay Area.

The resolution specifically urges Trump and his administration to exempt federal waters off California’s coast from oil and gas exploration.

Baker’s resolution might be more than lip service and grandstanding, as resistance to Trump’s plan by policymakers in Florida proved successful.

“After protests from Florida’s Gov. Rick Scott, Interior Sec. Ryan Zinke announced that Florida would no longer be included in the plan and that new oil drilling would not be allowed off Florida’s coast,” the language of HR 70 stated.

The resolution touted California’s long coastline – 840 miles in length – and why offshore drilling might be bad news for the state’s ecosystem and economy.

“California has 840 miles of coastline with five of California’s most populous counties bordering the Pacific Ocean. California’s coastal economy from those counties bordering the Pacific Ocean creates $662 billion in wages and $1.7 trillion in Gross Domestic Product,” the proposed resolution stated. “Nearly 500,000 California jobs are dependent on ocean-related activities that together contribute over $44 billion to the economy.

Baker’s resolution added the world’s economy is also somewhat dependent on the state’s commercial and recreational fishing industry – an industry that could be seriously harmed in the event of an offshore drilling disaster.

California’s commercial and recreational fishing industry, which according to HR 70 supports about 120,000 jobs and generates about $6 billion in economic activity, operates in both state and federal waters.

California experienced its own oil spill disaster in January 1969, when an oil platform off the Santa Barbara coast blew out and released about 3.2 million gallons of crude oil into the ocean. The oil, according to the resolution, “fouled Santa Barbara County’s ocean beaches from Goleta to Ventura and killed approximately 3,500 seabirds and marine mammals.”

“This tragic spill helped usher in a new era of environmental protection in California aimed at protecting and conserving our valuable natural resources for future generations,” the language of HR 70 stated. “California has not issued new offshore oil leases for over 50 years, and has repeatedly called upon the federal government to prohibit new offshore oil development in federal waters off California’s coast.”

Meanwhile, the Bureau of Ocean Energy Management recently extended a moratorium on new oil and gas leasing at undeveloped areas of the Pacific Outer Continental Shelf through 2022.

HR 70 also cited the California Coastal Sanctuary Act of 1994, which “prohibits any new leases for the extraction of oil or gas in state waters, unless the President of the United States has found a severe energy supply interruption and has ordered distribution of the Strategic Petroleum Reserve, the governor finds that the energy resources of the sanctuary will contribute significantly to alleviating that interruption, and the legislature subsequently amends that act to allow that extraction.”