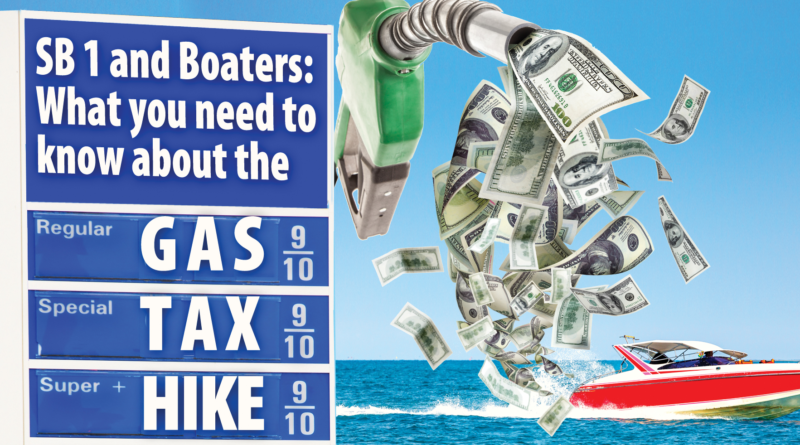 Californians – including boaters – will pay more at the pump.

STATEWIDE — Are you aboard your boat and navigating away from California yet? If not you might want to consider doing so, as the cost of living in the state will be increasing yet again as Gov. Jerry Brown and California legislators backed a 12-cent gasoline tax hike in April. Guess what boaters – all of you will be hit with this tax no different than anyone else fueling up on the road.

Senate Bill 1 (SB 1) was approved by state legislators and quickly signed into law by Brown with the caveat the additional revenue was necessary to rescue California’s aging infrastructure. If successful, the gas tax hike would raise $5.2 billion in transportation revenues and redirect the funds maintaining local roads, state highways and trade corridors.

Brown and state legislators argued SB 1 would specifically help fund the rebuilding of state highways and roads. Boaters, of course, do not use the highway, meaning there wouldn’t be any incentive to pay a tax hike where the only beneficiaries were benefiting vehicle owners.

“The increased tax will apply to all gasoline purchases regardless it’s at a station or trailer or fuel dock,” former Marina Recreation Association president Kevin Ketchum told The Log. 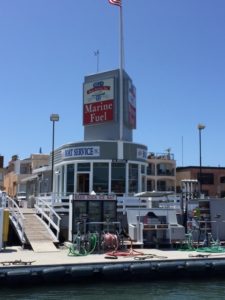 The new gas tax also applies to boaters who fill up at a fuel dock within state limits, as all gasoline sold in California is taxable under the new law.

Practically speaking here’s what the 12-cent gasoline excise tax means to you, whether you’re a boater or a driver: you will pay more than 76 cents per gallon in state and federal taxes once the just-approved hike takes full effect by 2019.

Boaters with diesel engines would be hit with a 20-cent excise tax and a four-percent-per-gallon sales tax, according to SB 1.

“We will probably not be using our boats as much as we did,” Peter Robertson, president of Recreational Boaters of California, told The Log.

Robertson, who said he talked to boaters across the state, added there are a lot of diesel boats on the water. Those diesel boat owners, Robertson said, would likely be “nailed” as fallout from the tax hike.

Early iterations of SB 1, several sources informed The Log, did not include benefits for boaters. The law as passed, however, does redirect some of the tax revenues to the Division of Boating and Waterways.

A percentage of the tax revenues, specifically, would be allocated into the state parks department, which, in turn, would set aside funds for boaters and off-roaders.

Funds from the new tax hike would continue to be allocated into the state’s Parks and Recreation Department (as well as the Division of Boating and Waterways). What remains unclear is the amount state officials would allocate to the division.

“Were still trying to figure out the money,” Robertson said adding no one, as of right now, really knows what the exact splits would be.

Robertson confirmed the new revenues would somehow be split among boaters, off-roaders and the Parks and Recreation Department in general.

There are opportunities to change and update certain provisions in the future, Robertson added.

“California faces an estimated $137 billion deferred maintenance backlog over the next 10 years at the state and local level that will grow by billions every year,” the State Senate’s legislative analysis of SB 1 stated. “SB 1 creates a much-needed funding plan to address the maintenance backlog of our aging systems.”

California is home to more than 2.2 million registered trailers – many of which are used to transport recreational boats to local marinas and harbors – and almost 800,000 registered vessels, according to Department of Motor Vehicles records. Boaters who fuel their respective vessels at terrestrial gas stations will certainly be paying California’s new gas tax no different than automobile drivers and motorcyclists.

The Automobile Association of America, or AAA, reported the daily average price for regular gasoline in California was $3.061 per gallon; the national average was $2.358 per gallon (both prices as of May 22).

6 thoughts on “SB 1 and Boaters: What you need to know about the gas tax hike”