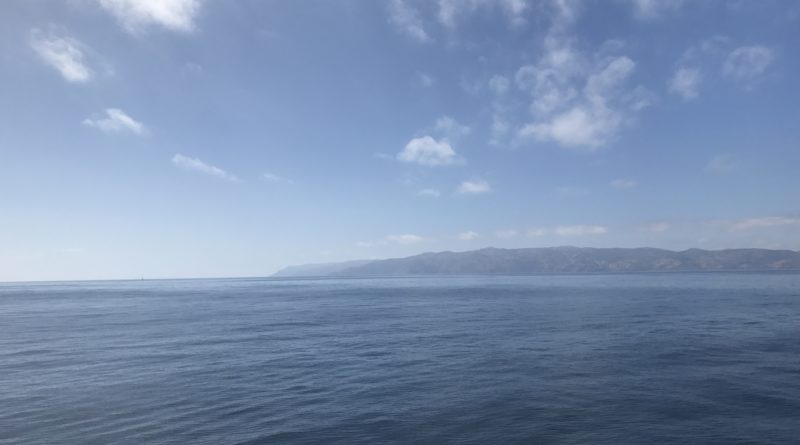 The environmental proposal also aims to protect “keystone” species, in the name of biodiversity.

SACRAMENTO—A bill proposing to mitigate and reduce the effects of climate change on California’s coastal communities is making its way through the state legislature and gaining early support. The proposal, introduced by State Sen. Scott Wiener, D-San Francisco, hopes to “improve and protect the health of the Pacific Ocean off of the California coastline.”

The Ocean Resiliency Act of 2019, also known as Senate Bill 69 (SB 69), proposes to reduce land-based sources of pollutants as a means to improve water quality and tackle ocean acidity. SB 69, if approved and signed into law, would also restore kelp and other forms of ocean habitat, in order to sequester greenhouse gas emissions.

Wiener’s bill also aims to “protect keystone species in order to maintain biodiversity” and “convene a statewide advisory group to work on these and other issues impacting our oceans,” according to a statement issued by the state senator’s office.

“Our ocean habitat is being damaged by the impacts of climate change. Vital species are being threatened with extinction, seawater is being acidified, and habitats that absorb carbon are being wiped out,” Wiener said in a released statement. “Without immediate action, these impacts will only get worse. This legislation is a key step to reduce and mitigate the impacts of climate change on these ecosystems as well as our state’s coastal communities and economy.”

Addressing issues such as ocean acidification, or OA, would help the state protect its multi-billion dollar ocean-based economy, Wiener added. Some of the key ocean-based industries in California include West Coast Dungeness crab, squid and shellfish aquaculture.

“OA has the potential to alter marine food webs and ecosystems and the benefits they deliver to society, including California’s $45 billion ocean-based economy. The U.S. West Coast is exposed to some of the lowest and most variable pH waters, and it is likely to be among the first places to experience the biological and economic effects of OA,” Wiener said.

One of SB 69’s proposals is to require most freshwater discharges into the ocean be denitrified by 2024. Nitrates, according to Wiener, are among the most common sources of ocean acidification.

Also included in SB 69 are proposals to address acidification as an objective within the state’s ocean plan and protect “keystone species,” such as salmon and whales.

The Department of Fish and Wildlife, for example, would be required to “develop and maintain a priority list of dam removal projects … in order to increase salmon populations, and ensure that salmon-bearing rivers and streams are not inadvertently damaged by sediment flows created during the logging process,” according to Wiener.

“SB 69 will also direct the California Air Resources Board to develop a permanent voluntary Vessel Speed Reduction (VSR) incentive program for the Santa Barbara Channel and San Francisco Bay Area regions off California, which will help to protect migrating whales,” Wiener’s published statement on the Ocean Resiliency Act of 2019 said.

Another element of SB 69 is the mandated blue carbon strategy, which Wiener said would help mitigate carbon emissions.

“Blue carbon is carbon dioxide captured by ocean and coastal ecosystems. Blue carbon is the most effective, yet overlooked, method for long-term sequestration and storage of carbon,” Wiener said.

His bill proposes to direct the state’s Natural Resources Agency to develop and implement a blue carbon strategy and transfer ballast water permitting authority to the State Water Board (and away from the State Lands Commission).

Transferring ballast water permitting authority to the State Water Board, according to SB 69, would “better protect sea grass and kelp forests from invasive species.”

The California Coastal Conservancy, meanwhile, would be required to provide annual reports to the Assembly and State Senate on its sediment reuse program.

SB 69, Wiener added, would also develop “statewide goals for production of sustainable mariculture and directing the Ocean Protection Council to report to the Legislature on progress towards those goals.”

Wiener’s proposal is currently making its way through committee. The Log will continue to report on SB 69 as soon as the latest updates are available.