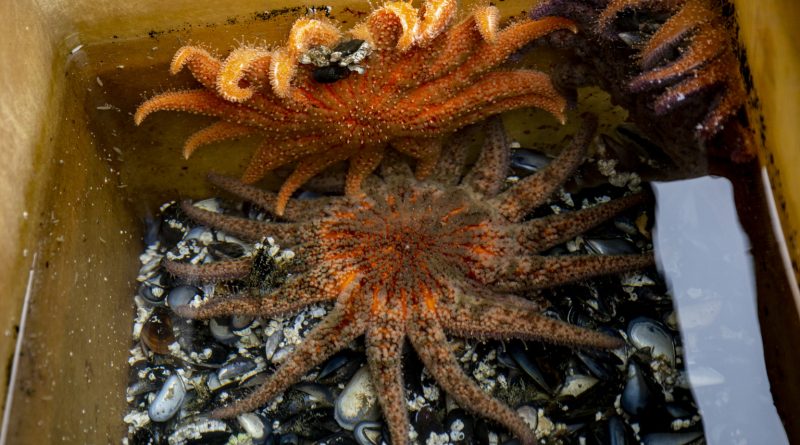 This is the first attempt to raise the notorious slow-moving predator in captivity, and the first-time scientists have been able to observe their life-cycle.

The sunflower sea star population was nearly wiped from the ecosystem between 2013 and 2016. In 2013 an outbreak of sea star wasting syndrome, (SSWS), a disease that causes lesions on the outside of a sea star leading to decay, fragmentation, and eventual death, ravaged the west coast decimating 90 percent of the population.

The disease peaked in 2015, and in 2019 the University of Washington and the Nature Conservancy approached Dr. Jason Hodin, senior research scientist at Friday Harbor Laboratories, to study the life cycle of the starfish in captivity.

“The university approached me in 2019 to study the captive lifestyle of the sea star,” said Hodin “… It was optimal timing I had time and I knew this was a catastrophic disappearance, I was already toying with the idea and then the nature conservancy approached me that’s what got this started it’s been two years of how to collect the stars how to raise them and how to make the adjustment to juveniles.” 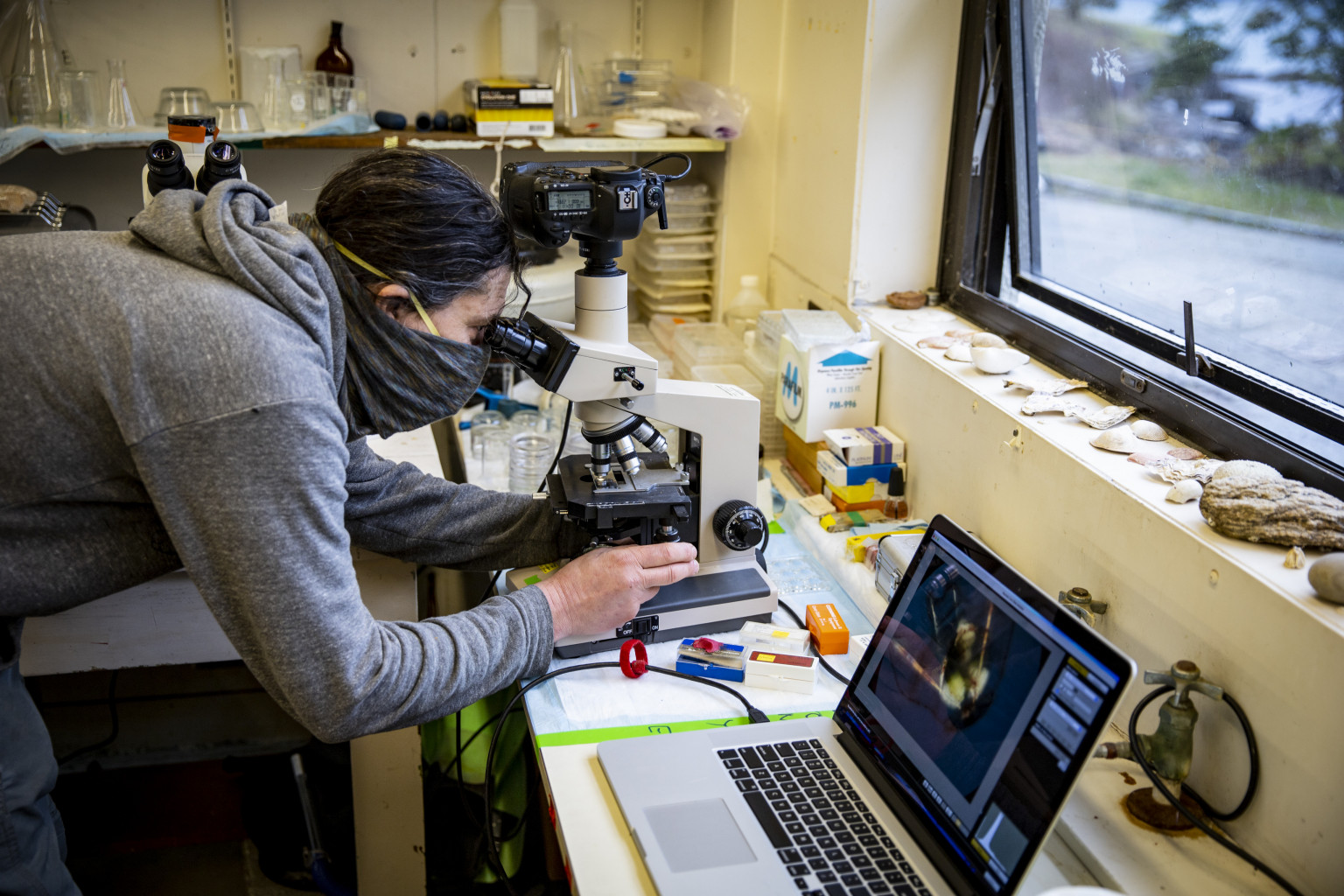 Hodin is a marine biologist and entomologist with the university whose previous work dealt with the transition from larva to the juvenile stage.

After being approached for the project Hodin and his team went through the process of setting up their operation, that included collecting specimens, observing them, and figuring out how to help them adjust to the juvenile stage.

The project was off to a slow start when colleagues sent eggs and sperm from Alaskan sea stars in the summer of 2019 and then they were able to get their own in November 2019 and were able to successfully raise larva to juveniles in January 2020.

They were able to start a new round of reproduction in January of this year, and Hodin believes that the past two years have made them a lot wiser and hopefully a lot more successful.

“We’ve learned so much every day,” said Hodin. “…We are looking at life stages that have never been observed before. It’s like a needle and a haystack to come across them in the wild.”

Hodin said that the lab is too small to grow the hundreds of thousands of sea stars that it would take to reintroduce them to California waters, but the information and techniques that they are learning can be passed on and it could hopefully lead to other programs.

“The main goal is to basically catalyze a large-scale breeding operation to restore sea stars to the wild,” said Dr. Jason Hodin, senior scientist at University of Washington Friday Labs. “We are learning a lot of techniques and ways to grow them that can be used. What I hope more than anything is to do things on a small carefully observed scale that can then inform and encourage the eventual long-term goal if it seems to be a viable thing to do. But if it’s generally agreed to, we would like to be helping make that a reality.”