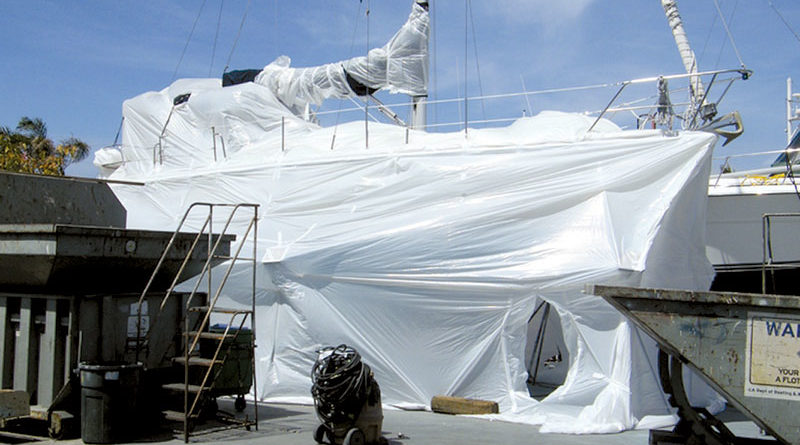 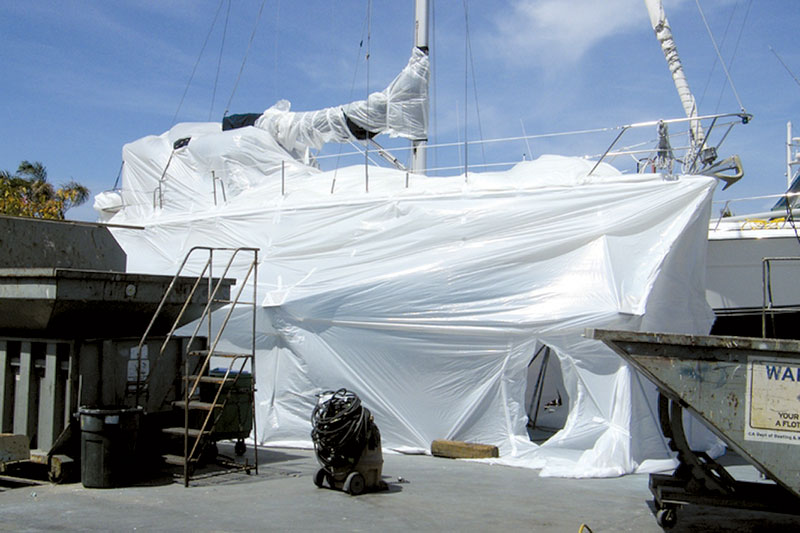 SACRAMENTO — State Sen. Christine Kehoe (D-San Diego), who has been working to push through a ban on copper-based boat hull paints, decided to shelve her hard-fought Senate Bill 623, calling for more studies to be completed before moving forward.
Working on the premise that copper-based antifouling paints used on recreational boat hulls were the main culprit for copper pollution in marinas statewide, the bill was introduced in February 2011 to limit and eventually ban the use of copper in antifouling paints sold to pleasureboaters.

Since SB 623’s introduction, both the Port of San Diego and San Diego Coastkeeper had been championing the bill. However, a letter from the American Coatings Association (ACA) — a nonprofit organization of paint and coating companies and professionals — sent to Sen. Kehoe outlined a number of reasons to put off considering the bill until 2013.

“We appreciate the cooperative approach your office has taken with the marine coatings industry,” wrote ACA assistant director John Hopewell in the letter to Sen. Kehoe. “However, over the past year, a number of activities directly related to marine antifouling coatings have begun, which could fundamentally change the discussion.”

Sen. Kehoe stated that she agreed with the letter from ACA and believes it is in the best interest of all sides for the bill to be deferred until 2013, after the results of more studies are in.

With her tenure in the California Senate coming to an end due to term limits, Sen. Kehoe has essentially left the bill in the hands of the future legislature and bill proponents: the Port of San Diego and San Diego Coastkeeper.

“I will be urging my colleagues in the Legislature, at the Port of San Diego and in the environmental community to continue the effort to find a solution to the growing copper water quality problem in California marinas,” Kehoe wrote in her response to the ACA letter. “It is essential that we work to avoid future similar water quality problem and the associated high cost of cleanup to local jurisdictions.”

The boating advocacy group Recreational Boaters of California strongly opposed SB 623 and the related effort to ban copper-based recreational boat paints, and the organization had been watching the bill throughout the legislative process. Since its introduction, the group had been lobbying against the bill, citing the extremely high financial burden it could place on recreational boaters — who would have to pay to remove old coatings, and repaint their vessels with pricey new paint formulations. The organization also cited a lack of evidence that a statewide ban on copper paints was really needed.

“Throughout the process, RBOC has continued our position that the consideration of restrictions or bans on the use of copper-based antifouling surfaces must be based upon science,” said RBOC president Cleve Hardaker. “And any ban on boater use of copper-based antifouling surfaces must be accompanied by findings that alternatives are available, affordable and effective.”
With the findings of two 2011 studies showing less copper toxicity in Shelter Island Yacht Basin than previously expected, Hardaker and RBOC argued that the bill was not needed.

“With the findings of these new studies, we’re even more firmly set in our belief that it is not necessary to ban copper-based paint,” Hardaker said. “Sen. Kehoe’s decision not to pursue legislation at this time is positive, as it will enable the new science and methodology to be taken into consideration before laws are enacted.”

Linda Barr, legislative director for Sen. Kehoe, said that with the senator’s decision to defer the bill, no timeframe has been established for its reintroduction. The California Senate passed the measure in its current form on a vote of 25-13 last year, and it has sat in the Senate Appropriations Committee ever since. A revised edition of the bill was expected to be heard this month by the committee, before Sen. Kehoe decided to shelve the bill.

The letter from the American Coatings Association pointed out five areas that could directly affect the bill in the next year:

1. New studies: Several new studies in the Shelter Island Yacht Basin have indicated a lack of toxicity suggesting that the basin is not impaired due to copper. The Department of Pesticide Regulation, the Regional Water Quality Control Board and the Port of San Diego need time to review those studies.

The use of the model is expected to help Shelter Island Yacht Basin to meet the Regional Water Board’s Total Maximum Daily Load limit for copper by establishing water quality criteria specifically created for the basin. The Regional Water Quality Control Board needs time to consider adoption of the BLM if the model receives final approval from the EPA.

3. The Department of Pesticide Regulation’s decision on a low-leach rate for copper coatings and hull cleaning study: The Department of Pesticide Regulation is in the process of determining a level for low-leach rate copper coatings. As part of that determination, DPR has asked ACA to conduct a study to identify the amount of copper that may be prematurely released into the basin through excessive or abrasive hull cleaning by divers, and whether the current “best management practices” recommended by the coating manufacturers might lower the amount of copper released in the basin.

That three-month study is expected to begin in the basin in the next few months. Following the three-month study, the study and results will be peer reviewed and published, which will take an additional one to two months to complete.

The goal of this regulation appears to be in direct contrast to where the ports and SB 623 are headed. Although SB 623 applies to pleasurecraft only, this biofouling regulation will set a precedent. The marine and coatings industries need time in the next few months to reconcile the goals of the ports with a more reasonable State Lands Commission biofouling regulation.