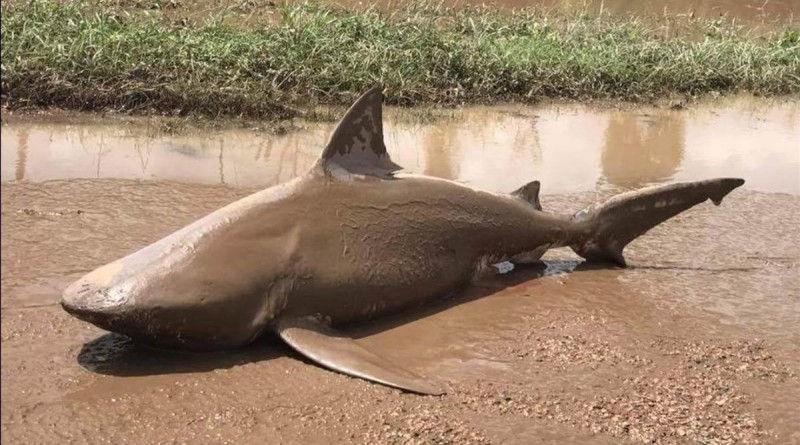 AUSTRALIA ― While Californians are enjoying sunny skies and spring flowers, Australians rushed to higher ground as the northeast coastline got pounded with a ferocious fall storm. Cyclone Debbie hit Queensland, Australia the last week of March, and it brought a shark to land with it.

Thousands of homes lost roofs and power as the tropical storm caused massive flooding. Boats were tossed into rocks, and a bull shark covered in mud was discovered in a town called Ayr.

“The shark was on a road in central Queensland after flood waters started to recede,” a representative of Queensland Fire and Emergency Services (QFES) wrote in an email to The Log. “The person who took the photo is Lisa Smith Queensland Ambulance Service paramedic.”

There were no reports of human deaths following the cyclone, according to the Associated Press. However the shark was deceased when found.

“Cyclone Debbie…slammed ashore with winds up to 260 kilometers (160 miles) an hour on [March 28],” the Associated Press reported. “Some social media users are drawing a connection between the shark and Syfy’s Sharknado film series, which features sharks getting swept up in cyclones and wreaking havoc on cities.”