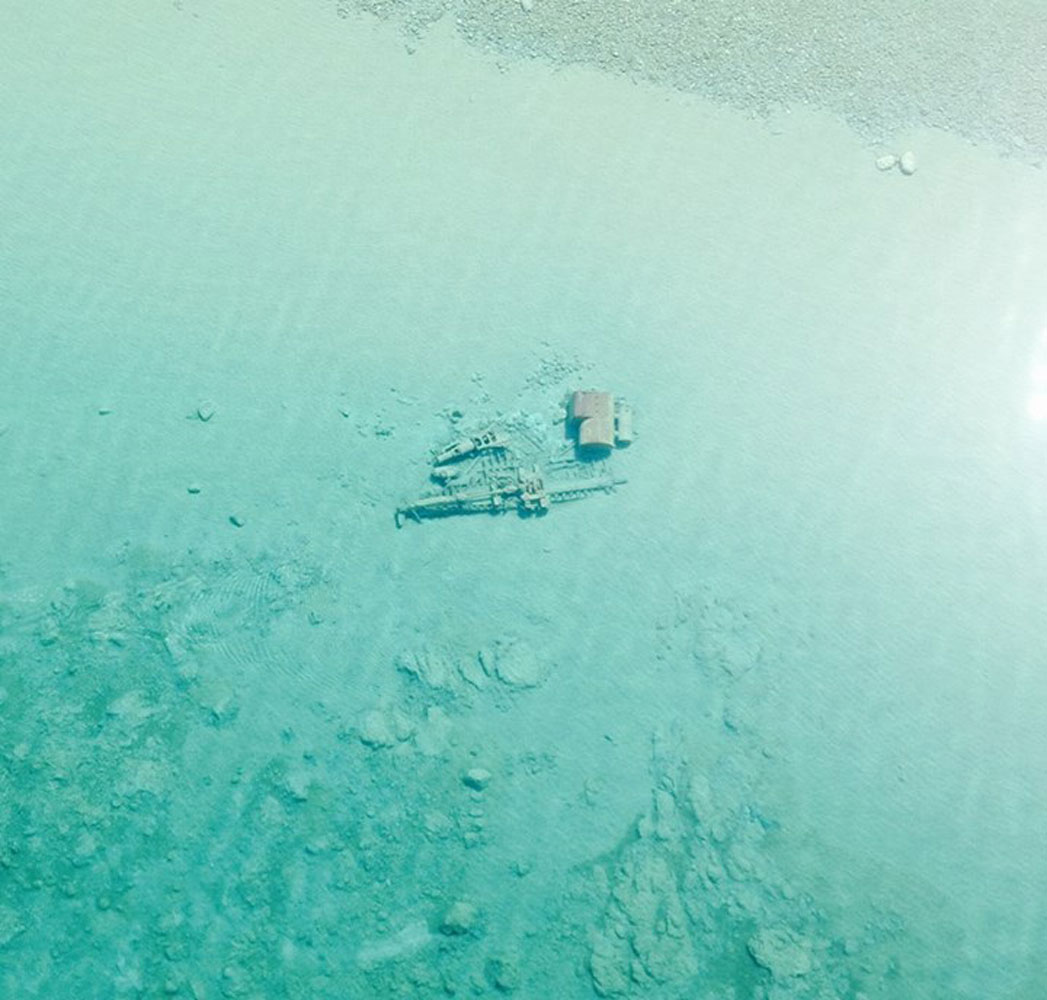 MICHIGAN – The U.S. Coast Guard Air Station in Traverse City posted photos of shipwrecks captured while flying above Lake Michigan in late April. The images were taken after the lake’s ice melted away leaving behind crystal clear waters.

According to the station’s Facebook page – where several photos were posted – the aircrew spotted a handful of shipwrecks along the Lake Michigan shoreline. The wreckages were located near Sleeping Beach Point northeast along the shoreline to Leland, Michigan, up to Northport, as stated on the page.

The crew asked for the public’s help in identifying the shipwrecks.

Two of the ships were identified thanks to public feedback. One ship is the 121-foot James McBride, which sank in 1857; the second, the 131-foot steamer Rising Sun, became stranded in 1917, according to media reports.

According to the website, michiganpreserves.org, the 121-foot brig ran aground during a storm on Oct. 19, 1857. James McBride remains in 5 to 15 feet of water near Sleeping Bear Point.

Rising Sun is a wooden steamer that began to fall apart after it became stranded just north of Pyramid Point on Oct. 29, 1917. She now rests in 6 to 12 feet of water.

There are still several shipwrecks that have yet to be identified. To view the photos, visit tinyurl.com/Innty94.