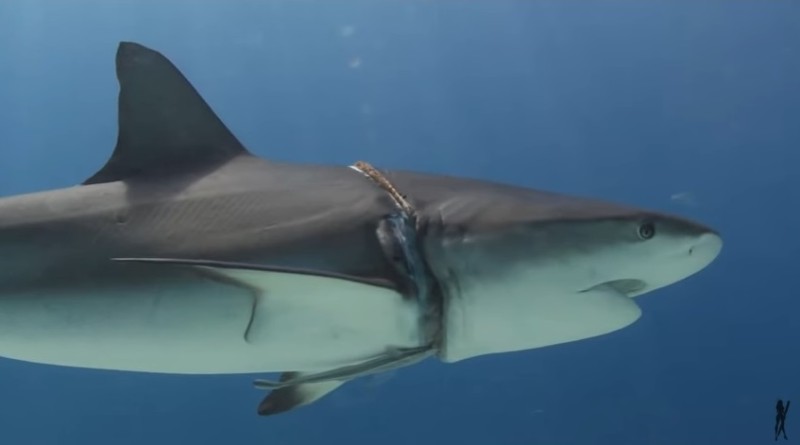 Shark tales are usually about people getting rescued. However in one particular case, a shark was rescued by people.

Scuba divers noticed a shark with a rope around her during a Stuart’s Cove diving excursion in the Bahamas, For Scuba Divers reported.

“We noticed a shark in our feeding area, which unfortunately had a very big line around her throat and it was cutting right into her gills,” Charlotte Faulkner, master instructor and senior shark feeder, stated in a video.

Dive instructor Pia Venegas said it was apparent the shark was in pain, but they were unable to intervene at the time.

Venegas and Faulkner returned to the location on another day, and this time Venegas was prepared with a knife.

“The shark came up to me, very close [and] acting very subdued,” Faulkner stated.

Faulkner was able to gently stop the shark while Venegas cut the rope away from the shark’s body.

“After we got the rope off, she came back to us and let us engage her in a tonic immobility which is a state of hypnosis type thing that sharks enter when they are stimulated on the snout. When we put her in a tonic immobility, it enabled me to feed her a little bit and also… get some photos of the damage that was caused by the rope on her skin,” Faulkner said. “Luckily sharks do heal really fast.”

Sharks tend to have a bad reputation especially from the way they are portrayed in movies, but according to Venegas she believes this shark showed intelligence by approaching the divers and staying still so they can help.

This shark encounter can be viewed on a YouTube clip.