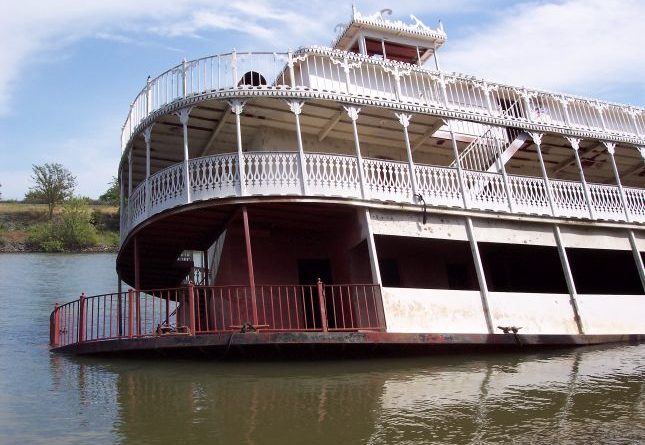 Proposal to address commercial vessel issue placed on suspense file and will be reviewed by Appropriations Committee.

SACRAMENTO — A proposal to use certain revenues to remove abandoned or derelict commercial vessels from the Sacramento-San Joaquin Delta was approved by the Assembly’s Committee on Natural Resources, April 9.

The bill – AB 2441 – was then placed on the Suspense File on April 25 and directed to the Assembly’s Appropriations Committee.

Every legislative proposal with significant costs associated with it are generally placed on a Suspense File, allowing legislators to fully review a bill’s economic ramifications before allowing it to proceed to a full vote in either house.

Assembly member James Frazier, D-Fairfield, introduced AB 2441 earlier this year. The bill specifically proposes to redirect income received from surface uses of Delta lands under the jurisdiction of the State Lands Commission to remove any abandoned or derelict commercial vessels.

AB 2441 would specifically shift $6.9 million from California’s General Fund to the State Lands Commission specifically for the removal of abandoned or derelict commercial vessels found in the delta.

A study published by California’s Department of Fish and Wildlife revealed the Delta region was home to nearly 250 abandoned or derelict vessels in 2017, 54 of which were commercial.

“On average, two additional commercial vessels appear in the Delta each year. Abandoned boats, especially those that capsize and sink, can interfere with boating traffic and damage operational vessels attempting to navigate the waterways,” a legislative analysis of AB 2441 stated. “Abandoned boats that begin to deteriorate can leach toxic chemicals or dump fuel into state waterways.”

The latest legislative analysis of AB 2441 – which was published on April 23 – added abandoned or derelict commercial vessels are much more expensive to remove, compared to their recreational counterparts.

The State Lands Commission, interestingly enough, does have authority to remove abandoned or derelict vessels from navigable waterways, whether or not such waterways are within its jurisdiction. Funding to remove such vessels, however, is a dodgy issue. The quasi-judicial agency does not have a budget to address the issue, nor is there a vessel owner on the other side who could be on the hook for such costs.

“Often there is not an owner of an [abandoned or derelict vessels] or the owner does not have sufficient financial resources to pay for removal,” the Assembly’s April 23 legislative analysis of AB 2441 stated.