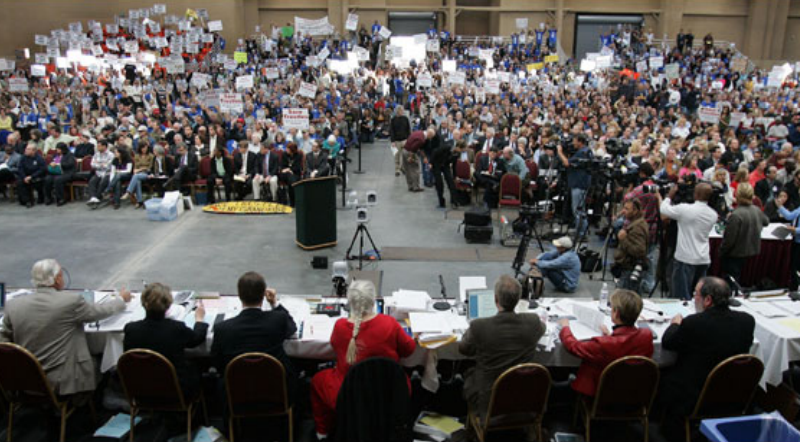 SACRAMENTO — California state legislators unsuccessfully took aim at eliminating the California Coastal Commission’s practice of private third party interactions after the quasi-judicial agency fired its executive director in February 2016. Efforts to regulate the use of ex parte communications were revived again this year when two bills in the State Assembly were introduced in hopes of making the Coastal Commission more transparent.

The two bills preceded a separate action in Los Angeles, where the city’s mayor banned planning commissioners from engaging in ex parte communications.

Assembly member Anna M. Caballero (D-Salinas) proposed a law to require any written reports of ex parte communications to be published on the Coastal Commission’s website and formally entered into the public record.

Assembly Bill 1642 (AB 1642) also proposes to require all communications between commissioners and third parties cease to be private as soon as they are publicly disclosed and made part of the commission’s official record.

A database where ex parte communications are reported online could become reality if Assembly member Mark Stone’s proposal is signed into law later this year.

Stone’s proposal, Assembly Bill 684 (AB 684), calls for the development and implementation of a database to have all private meetings between commissioners and interested third parties become public information.

AB 684 would require the database to be developed and implemented by July 1, 2018.

Commissioners are currently required to reveal communications with private parties (interactions outside the scope of public meeting or record) within seven days or at the meeting itself if made less than seven days before a scheduled hearing.

Both bills were introduced in mid-February.

Ex parte communications became a lighting rod of a topic in early 2016, shortly after Dr. Charles Lester was fired as the Coastal Commission’s executive director. Many believed Lester, who garnered strong support by environmental advocacy groups, was dismissed at the behest of developers who hoped to gain quicker approvals for their respective projects.

State Sen. Hannah-Beth Jackson (D-Santa Barbara) pushed for all ex parte communications to be banned almost immediately after Lester’s firing. Her proposal – Senate Bill 1190 – failed to get off the legislative floor last summer.

Los Angeles Mayor Eric Garcetti, through an executive order issued on March 9, banned ex parte communications from the city’s Planning Commission deliberations. The ban was issued, according to Garcetti, to “enhance public confidence in our planning process.”

“No Planning Commissioner shall initiate, permit or consider private, ex parte communications concerning a pending quasi-judicial proceeding unless the commissioner is recused from the proceeding,” Garcetti wrote in his executive order.