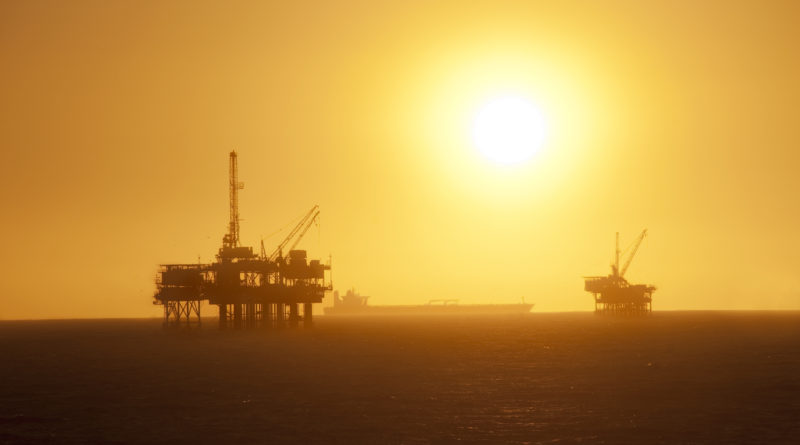 SACRAMENTO — A Battle Royale between the largest state in the union and the White House has created an environment where California’s policymakers are borrowing a page from the NIMBY playbook. The issue state legislators are angling to keep out of California’s backyard: offshore drilling.

Pres. Donald J. Trump’s administration, in January, announced a plan to explore new offshore drilling opportunities in federal waters attached to the Outer Continental Shelf. California’s political leadership immediately responded back with, “Not In My Backyard!”

California was not alone in challenging Trump’s offshore drilling plan – the governors of Oregon and Washington, for example, joined Gov. Jerry Brown in stating they don’t want new oil and gas exploration leases issued in federal waters off the Pacific states.

The issue is murkier in Maine, however, where the state’s two senators oppose Trump’s plans but their governor is taking the lead in advocating for offshore drilling.

Those opposed to offshore drilling argue its bad for the environment and there are cheaper and safer energy alternatives to explore. Proponents, conversely, say pursuing new offshore drilling opportunities is necessary to provide jobs and for the United States to establish itself as an energy powerhouse.

Jumping into the fray is the California State Lands Commission, which has taken a hard-line stance against offshore drilling.

A Feb. 7 letter sent from California’s State Lands Commission to the Bureau of Ocean Energy Management in suburban Washington, D.C., explained why the most populous state in the union would challenge Trump’s plan to expand offshore drilling opportunities in federal waters.

“The commission opposes lease sales [off the California coast] because it creates the potential for catastrophic peril to California’s ocean and marine environment, economy and natural resources,” the Feb. 7 letter, addressed to Kelly Hammerle, Bureau of Ocean Energy Management’s national program manager, stated. “The commission also urges [the Bureau of Ocean Energy Management] to schedule additional public meetings along the coast of California so that the public can weigh in on the proposal to open up vast swaths of its coast to oil development.”

“The premise of the proposed leasing program is that extracting oil and gas from the nation’s ocean benefit the economy, but tapping into the ocean for oil development is folly – the fossil fuel era is ending, and California is not interested in the boom-or-bust oil economy,” commissioners stated in their letter to Hammerle.

The Interior Department stated it would actively pursue public comment on its five-year plan to pursue offshore drilling opportunities, but the State Lands Commission pointed out only one meeting was scheduled for all of California.

“The Bureau of Ocean Energy Management scheduled one public meeting, in an inland area, for the public to weigh in on the proposal to open up significant areas of its coast to offshore drilling. The bureau should have additional public meetings in coastal communities in California so that local voices can be heard.”

That hearing was held Feb. 8 in Sacramento. In all 23 public hearings on Trump’s offshore drilling plan were already held or scheduled – most of which were or will be held in non-coastal communities. All but one public hearing on the locations list are the state capitols of Alabama, Alaska, California, Connecticut, Delaware, Florida, Georgia, Louisiana, Maine, Maryland, Massachusetts, Mississippi, New Jersey, New Hampshire, New York, North Carolina, Oregon, Rhode Island, South Carolina, Texas, Virginia and Washington state; the 23rd location is Washington, D.C.

Public hearings will continue through March 8.

Zinke, in January, announced federal plans to pursue offshore drilling opportunities on the Outer Continental Shelf. The Interior Secretary stated the United States must pursue such opportunities in order to achieve “energy dominance.”

“Not all areas are appropriate for offshore drilling, and we will take that into consideration in the coming weeks,” Zinke said in his Jan. 4 announcement of the offshore drilling plan. “The important thing is we strike the right balance to protect our coasts and people while still powering America and achieving American Energy Dominance.”

The Interior Department’s draft plan stated as many as 47 lease sites – including six in federal waters off the California coast – could be pursued.

“Rising global demand for energy requires that the United States proactively pursue development of American resources – both traditional and renewable – to minimize dependence on foreign energy,” an OCS Governors Coalition policy position on offshore drilling plans stated. “Furthermore, states must have a more active voice in determining whether areas off their coasts are available for energy development.”

Exploring offshore drilling opportunities is essential to job creation, energy independence and tax revenues, according to the coalition’s letter.

“Access to offshore energy resources will allow coastal states and communities to realize great economic opportunities,” the quintet of governors stated in the August 2017 letter. “The successful development of the Gulf of Mexico and the initial exploration of Alaska’s [Outer Continental Shelf] demonstrate how responsible offshore energy development can generate many good paying jobs, spur activity in a host of associated industries, and generate billions of dollars in tax revenue.”

Offshore drilling in the Gulf of Mexico, for example, supported about 650,000 jobs, yielded $64 billion in annual Gross Domestic Product and resulted in an estimated $7 billion in revenues for the federal government during the fiscal year 2014, the OCS Governors Coalition letter stated.

California, however, is ardent in its opposition to new offshore drilling in federal waters off its coastline.

The State Lands Commission took a stand on offshore drilling toward the end of 2017, when the quasi-judicial state agency voted to end oil drilling and production at Rincon Island in Ventura County.

Greka Energy subsidiary Rincon Island Limited Partnership held a lease on the offshore drilling location since November 2014. The lease was revoked three years later, when the commission, in December 2017, stated it had discovered regulatory violations at the drilling site.

Rincon Island is located in Mussel Shoals, just off the 101 Freeway between Ventura and Santa Barbara.

“The lease relinquishment means the last operational offshore oil drilling and production facility in the Santa Barbara Channel is over and about 1,500 acres of [Rincon’s] interests will be added to the California Coastal Sanctuary,” commission staff stated. “The commission will take steps to start the plug and abandonment work for the 49 wells on the island and decommission the facilities. The ultimate disposition of the island and the connecting causeway will be determined after further analysis and public input.”

Offshore drilling leases have been banned within California waters; the state has not issued an oil and gas lease since 1968.

Much of California’s opposition to offshore drilling and oil/gas leases stems from a 1969 oil spill in Santa Barbara.

“This catastrophe, from an oil and gas lease in the Pacific Outer Continental Shelf, resulted in the death of nearly 4,000 birds and many marine mammals, including sea lions and elephant seals,” commissioners stated in their Feb. 7 letter. “The Deepwater Horizon spill in 2010 showcased the full force of an oil spill.”

Newsom, in a Feb. 7 tweet, told Trump, “not a single drop from your new oil plan will ever make landfall in [California].”