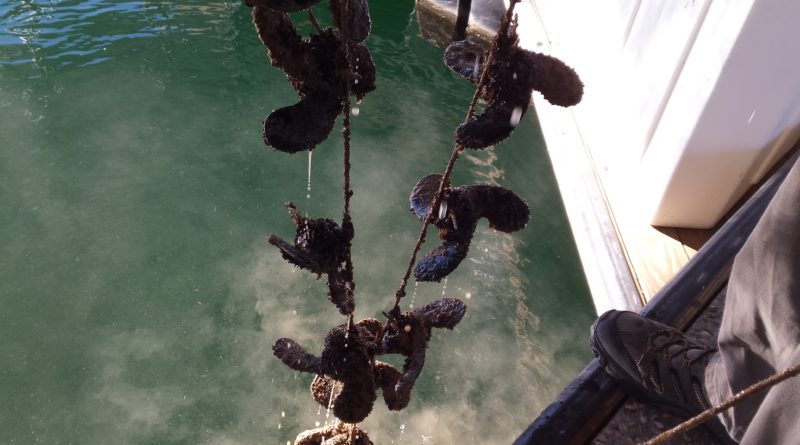 SACRAMENTO—Boaters in Northern California will have the opportunity to attend one of three free workshops on aquatic invasive species prevention.

The workshops will be offered in Oakley (March 19), West Sacramento (April 2) and Santa Cruz (May 14). The California Coastal Commission and California State Parks host all workshops.

“Everyone accessing California’s waterways is invited to learn how to prevent the further spread of aquatic invasive species (AIS) into uninfected waterways,” an email flyer advertising the free workshop series stated. “These free workshops will help the public learn how they can recognize AID in their region and how to take action to prevent it from spreading.”

Each workshop, according to the flyer, will educate boaters to the effects of AIS on the environment and how to recognize aquatic invasive species in their region. The workshops will also teach attendees “how to take action and prevent spreading the invasive species by inspecting and cleaning equipment and watercraft.”

Workshop two will be at Lake Washington Sailing Club in West Sacramento (Yolo County) on April 2. The club is located at 2901 Industrial Boulevard, West Sacramento.

The final workshop in the series will be at Santa Cruz Yacht Club, 244 Fourth Avenue, #3835, Santa Cruz.

All three workshops begin at 8:45 a.m. and continue through 2:45 p.m. Attendees are encouraged to purchase lunch at a nearby restaurant or bring lunch (food will not be provided at the workshops). Free parking is available at each facility.

Aquatic invasive species can be harmful to an ecosystem, according to CDFW staff.

“The introduction of [aquatic invasive species] can cause harm to the ecosystem by displacing native species, becoming a human health danger by introducing new diseases, or cause economic havoc on commercial, agricultural, or recreational activities by clogging waterways, and impacting navigation and recreation,” CDFW staff stated on a website dedicated to AIS.

The Log reached out to the Coastal Commission to inquire whether free workshops on aquatic invasive species prevention would be offered to Southern California boaters. Coastal Commission staff has not yet replied to The Log’s requests.

Contact Karen Bigham at CDFW for more information about aquatic invasive species in California. She can be reached at karen.bigham@wildlife.ca.gov or 916-445-4562.