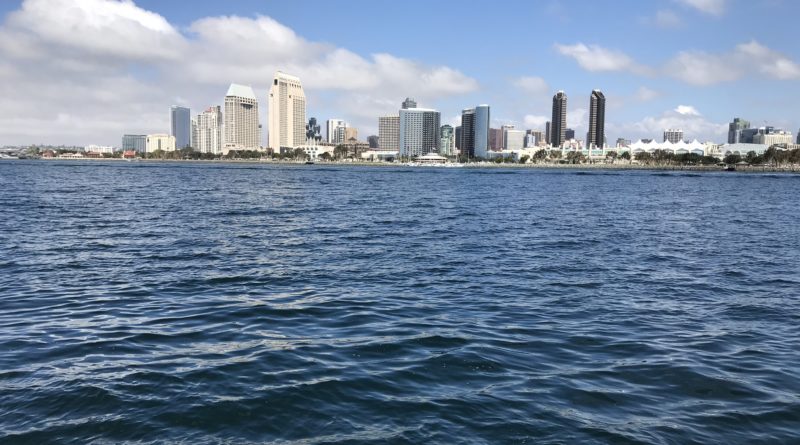 Assembly Bill 552 proposes to create a program on coastal access, adaptation and resilience.

SACRAMENTO—A California State Senate committee is mulling over tweaks to Assembly Bill 552, which proposes to create a Coastal Adaptation, Access and Resilience Program as a response to sea level rise and climate change. Assembly member Mark Stone, D-Monterey Bay, introduced AB 552 in March; the bill made it out of the Assembly on May 22, thanks to a 63-12 vote in favor of the proposal.

Stone’s bill would, if passed and signed into law, allocate at least 30 percent of California’s annual Tidelands Oil Reserves to adaptation and resilience to sea level rise and climate change, according to the Assembly member’s staff.

“Coastal communities are already starting to experience the effects of climate change and we know that this is just the beginning of what we’ll be seeing in the coming years,” Stone said. “Investing in adaptation measures represents a commonsense way for the state to protect vulnerable habitat, property, and infrastructure.”

Revenues for gas, mineral and oil extraction activities from Tidelands oil averaged $87.2 million annually for the past three years, according to Stone’s staff.

“Since there is a clear nexus between the revenue source and the climate-related impacts that California’s coastal communities need to start preparing for,” a statement released by Stone’s office stated.

“While California has become a leader in climate mitigation efforts to curb the state’s greenhouse gas … emissions, adaptation measures are also very much needed to prepare the state for the effects of climate change,” Stone said of AB 552, according to the State Assembly’s most recent legislative analysis. “According to California’s 4th Climate Assessment, without adaptation measures, a 4.6 foot increase in sea level would lead to an estimated $48 billion in coastal property damages in the state. In addition, sea level rise combined with increasingly frequent extreme weather events threatens natural habitats and critical infrastructure such as roads, water treatment facilities, power plants and schools.”

AB 552 would ensure money from tidelands oil revenue would specifically be allocated for adaptation and resilience measures, as opposed to being inserted into the California’s General Fund – the latter of which has been the practice in recent years.

“The state has collected a tax on the sale of oil produced along the coast for years, and while these funds were initially used for environmental protection, recently, they have been swept into the General Fund for the legislature to appropriate for a multitude of things,” the Assembly most recent legislative analysis of AB 552 stated. “Given the strong relationship between the extraction of oil and environmental degradation of surrounding areas … the revenue generated from its taxation should be used to mitigate the impacts it causes.”

The bill was in the State Senate’s Natural Resources and Water Committee, where amendments were recommended; AB 552 is expected to continue through the committee process, though it is not yet certain whether the proposal would make it to the State Senate’s floor for a full vote.