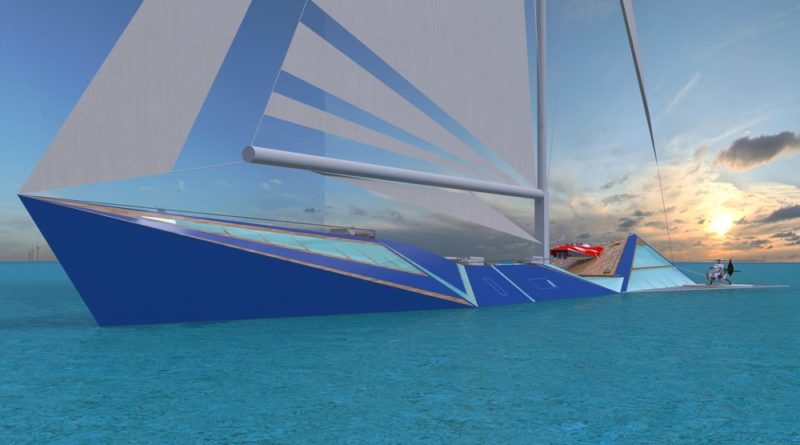 MONACO — How would it appear to see a 100-meter tall boat constructed to look like an origami sailing boat speed across the waters? George Lucian answers this question with his latest yacht design, modeled after inspiration from the ever-popular Japanese paper-folding art form.

In November 2017, Lucian, a Monaco-based artist and yacht designer, unveiled his brand new concept: a sailing yacht, which also shares her name with the Japanese art form as well as a lightweight structure that resembles paper. With a build like a smaller paper sailboat, Project Origami is imagined to have glass walls enabling passengers to take in the beauty of the ocean, a Jacuzzi, lounging area and swimming pool.  Keeping in line with the origami-like formation, the yacht features various convertible accessories such as a section of the hull, which folds out to create a touch-and-go helipad.

Of Project Origami, Lucian said, “The project is designed for an owner who would not be afraid of stepping out of the traditional sailing yacht shapes, and go beyond anything that was built before, in terms of design, technology and environmental friendliness.”

Last year, Lucian presented his Dare to Dream superyacht, which was praised and potentially changing the way passengers will travel in the future, one notable feature is that it was designed to hold a 100-meter airship on deck.