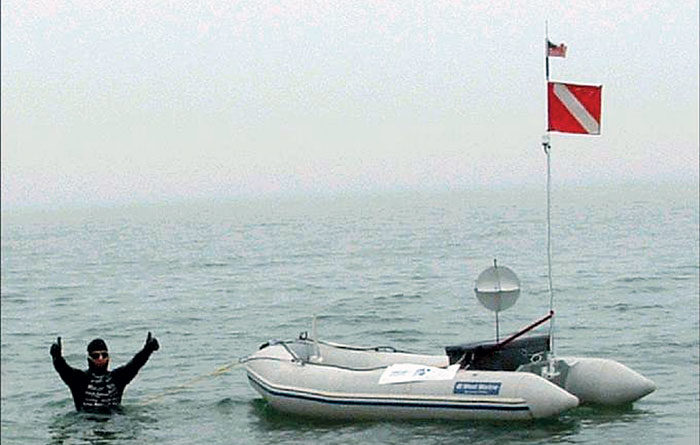 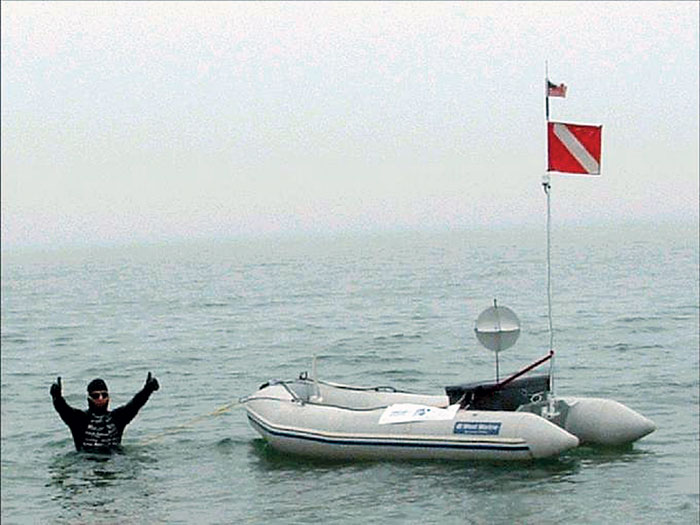 Jim “the Shark” Dreyer, who has made direct crossings of each of the five Great Lakes, is scheduled to begin his unusual swim Aug. 5 from Clinton River Boat Club near Algonac. The event is designed to raise funds and awareness for Habitat for Humanity — and the swim is expected to take 30 hours, ending Aug. 6 at Detroit’s Belle Isle.

Dreyer said the effort will be one of his most challenging, The Grand Rapids Press reported.

“It will be a real ‘train of pain,’ symbolic of the pain felt by Michigan families trying to keep their heads above water,” Dreyer said. “However, instead of sinking with the weight of our burdens, I believe that together we can triumph and be the bricks that rebuild lives, rebuild communities and strengthen the foundation of this great state.”

When Dreyer swam across Lake Superior, he towed a boat loaded with 250 pounds of supplies.

Dreyer has partnered with Habitat for Humanity of Michigan to help fund building projects for up to 75 affiliates through the Cornerstone Strength Swim Campaign. Engraved commemorative bricks, including ones towed by Dreyer, will be sold to support the building project of the purchaser’s choice.

Lakeshore Habitat for Humanity, which serves Ottawa and Allegan counties, is part of the effort.

“We sincerely hope it brings more attention and action to the need for more access to safe, affordable and decent homes in our communities,” said Jack Zandstra, executive director of Lakeshore Habitat for Humanity.