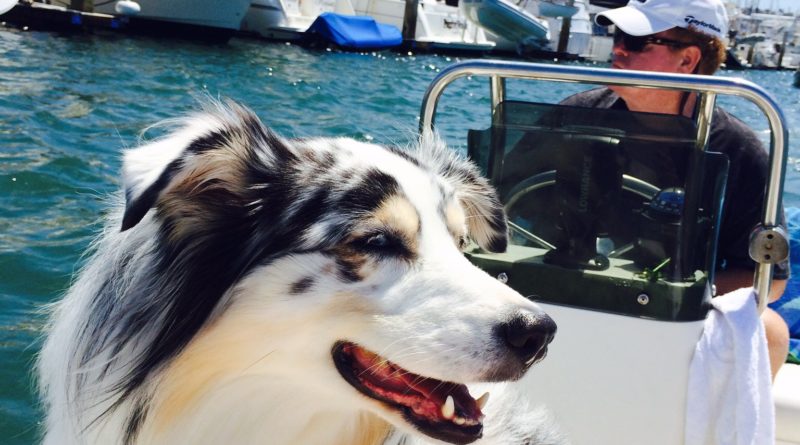 The Log receives many Dog Aboard submissions, so we are presenting this special-edition layout of a few notable water-loving pups — and a cat! If you have a “fur-st mate” who would like to be featured in an upcoming issue, please email photos to editor@thelog.com or address submissions to our office at 18745 Bandilier Circle, Fountain Valley, Calif. 92708. 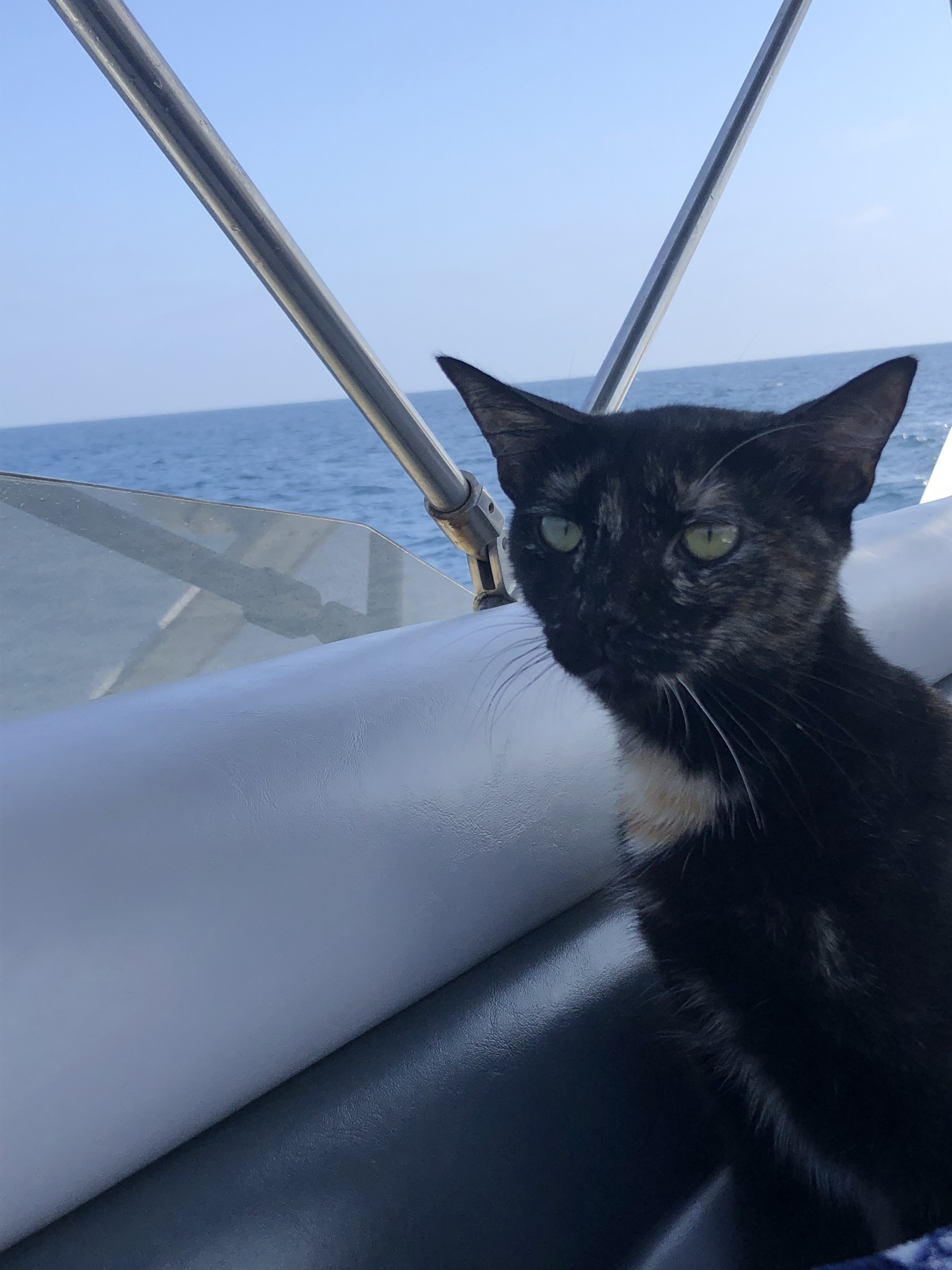 Lindsay Chodsky, the cat’s owner, did not reveal her sailing kitty’s name. However, Chodsky says, “Well, she’s not a dog, but she’s a boat cat all the same.” 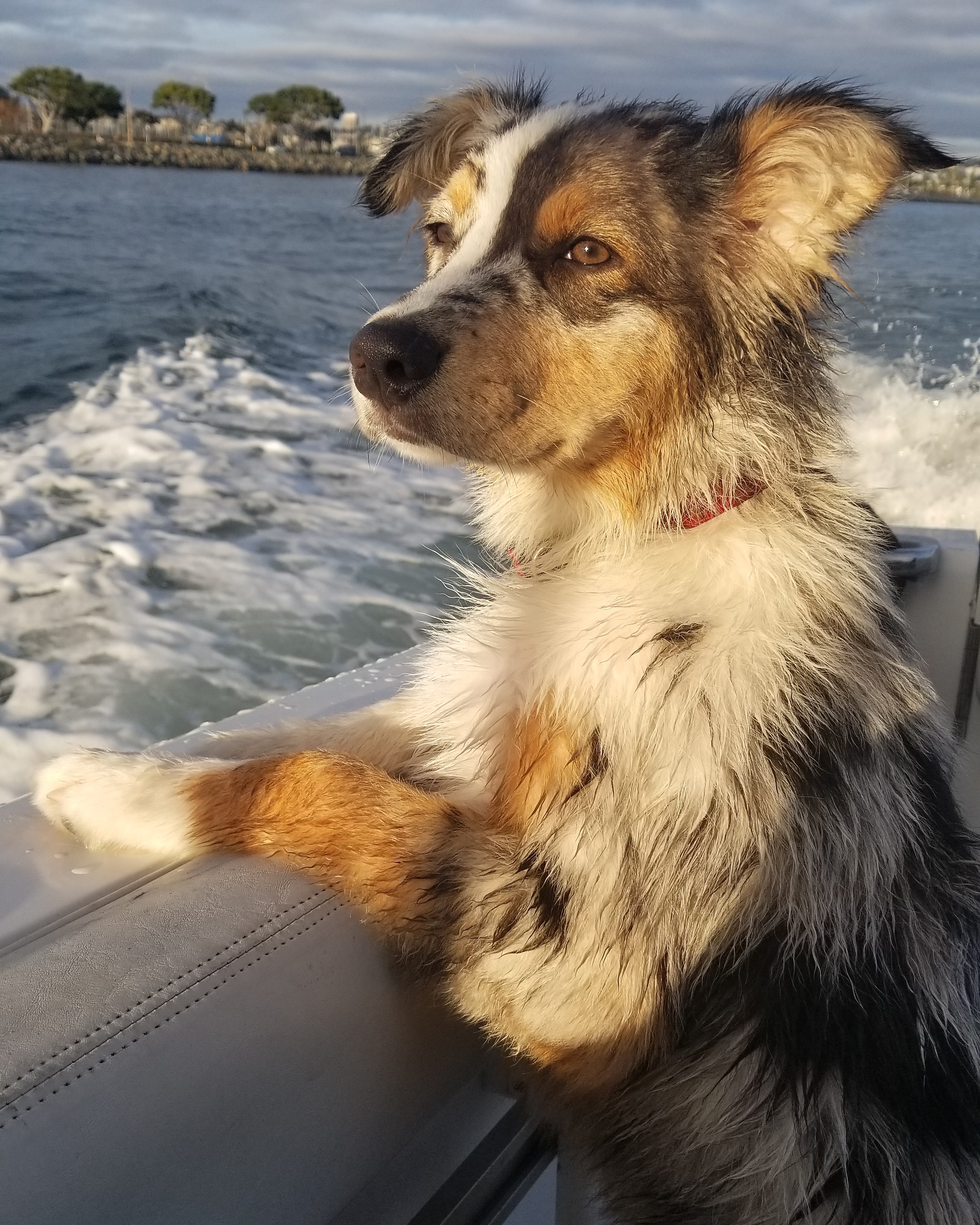 This Australian shepherd, Bingo, loves being out on the open seas as he earns his sea legs. 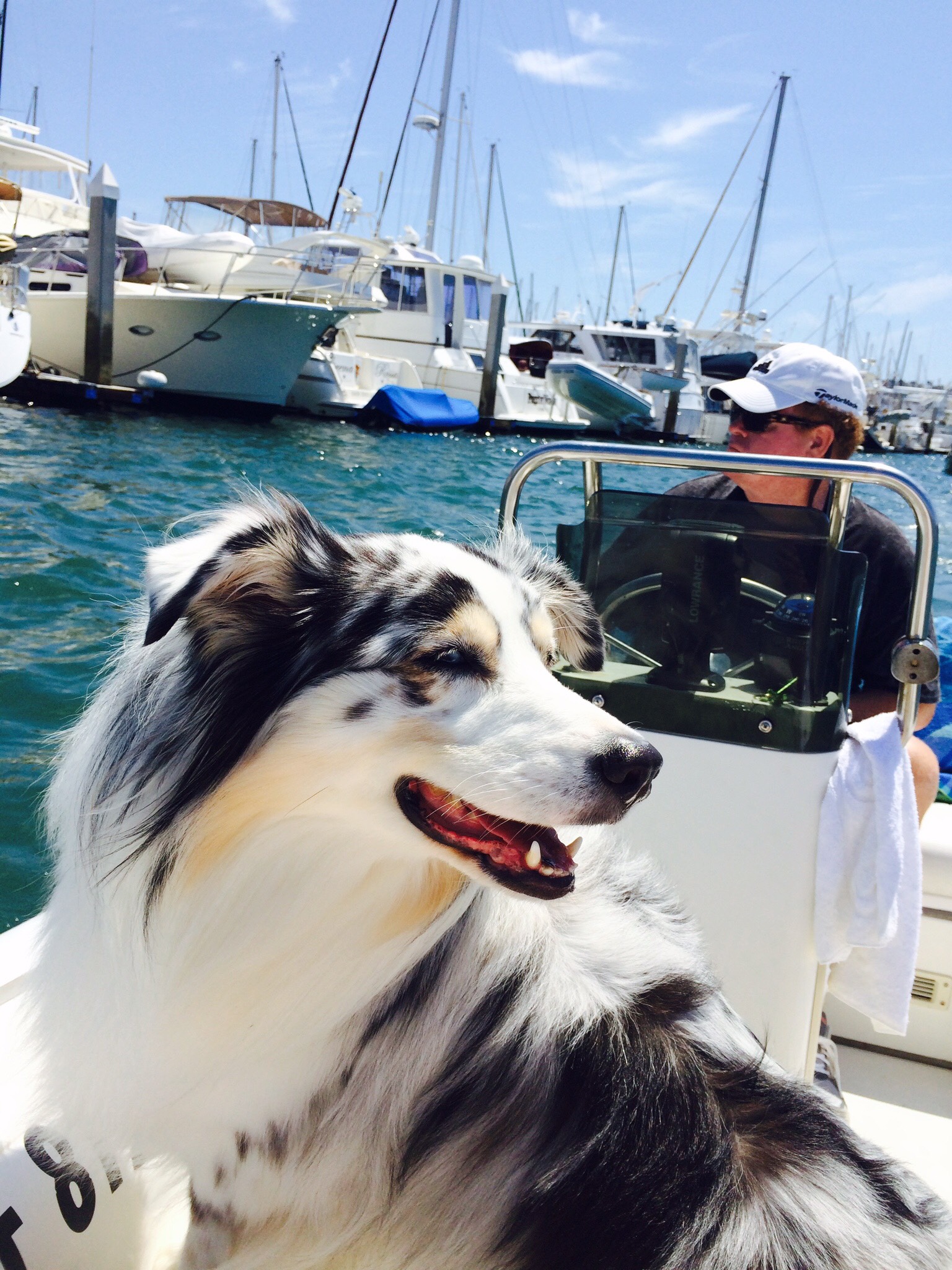 Gracie, an Australian shepherd, feels at home on any watercraft. Her owner, Dawn Weaver, says Gracie loves the water. 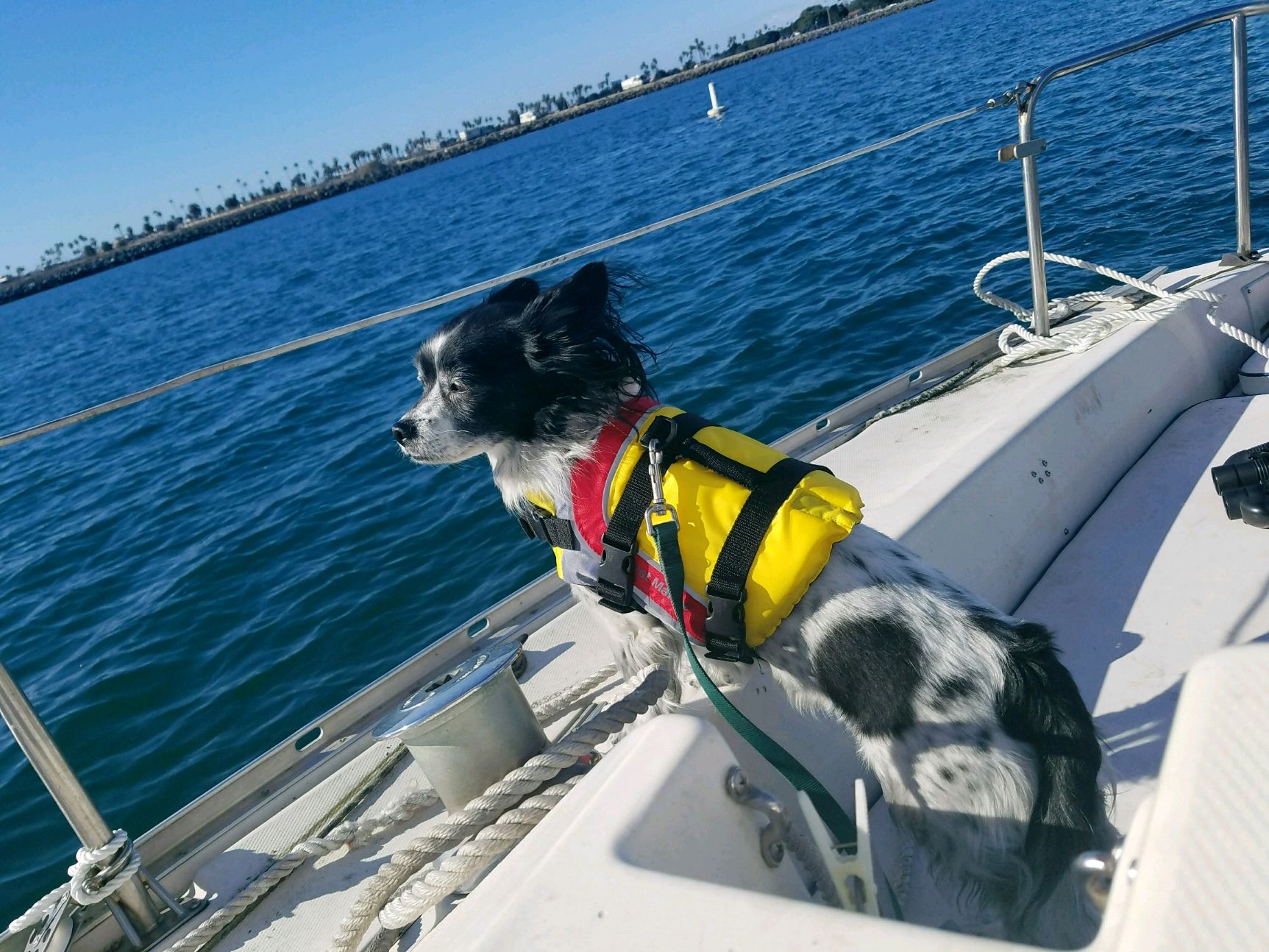 Harley, a rescue dog, loves visiting Mission Bay with his family. His owner Kimberly Kerr says, “We live in the White Mountains of Arizona, so when he sees up loading up, and he hops into the truck, he knows we’re going to “his” sailboat in Mission Bay.” 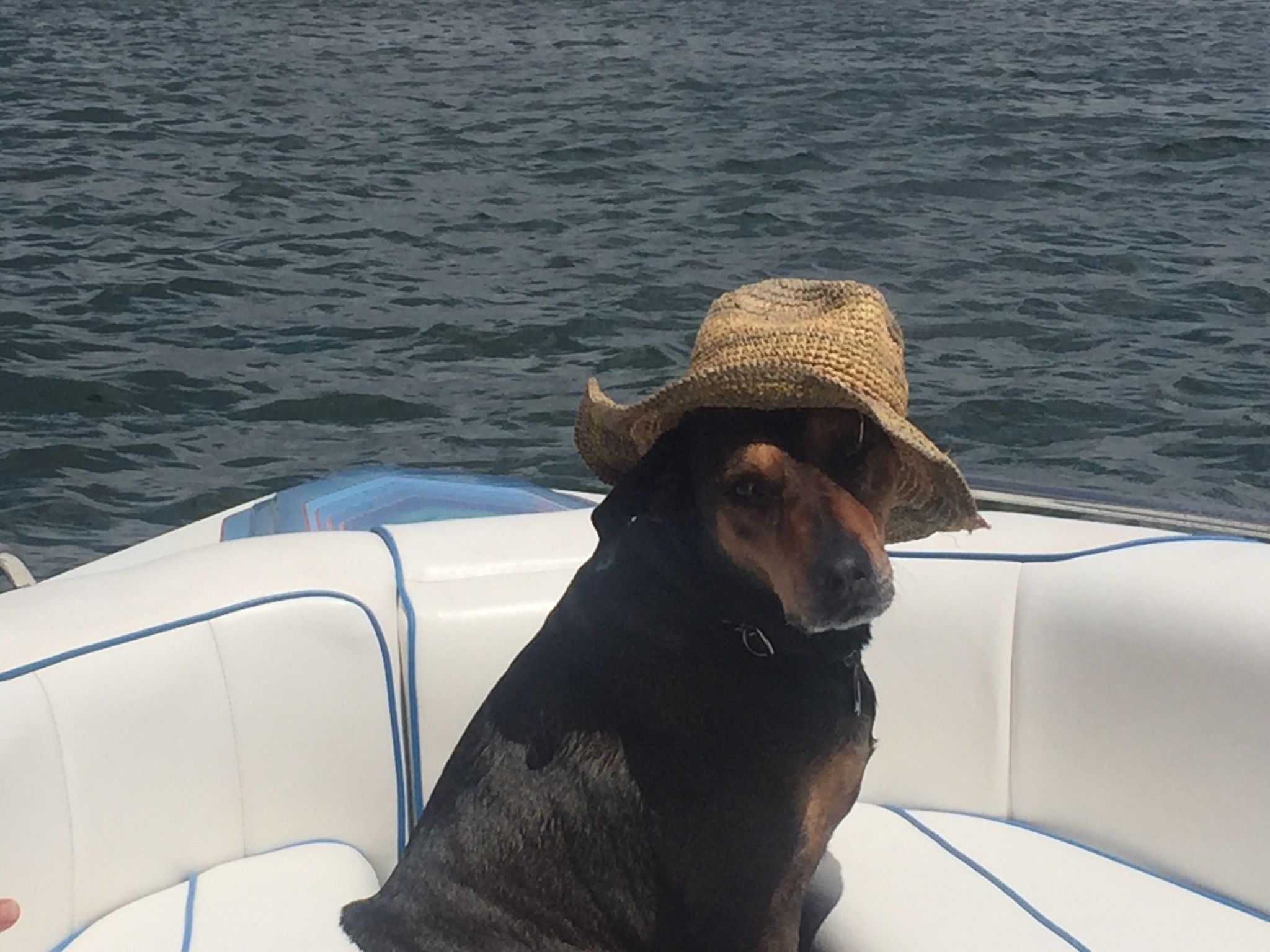 Miss Carley may be a dog, but she loves river rat life at Lake Havasu! 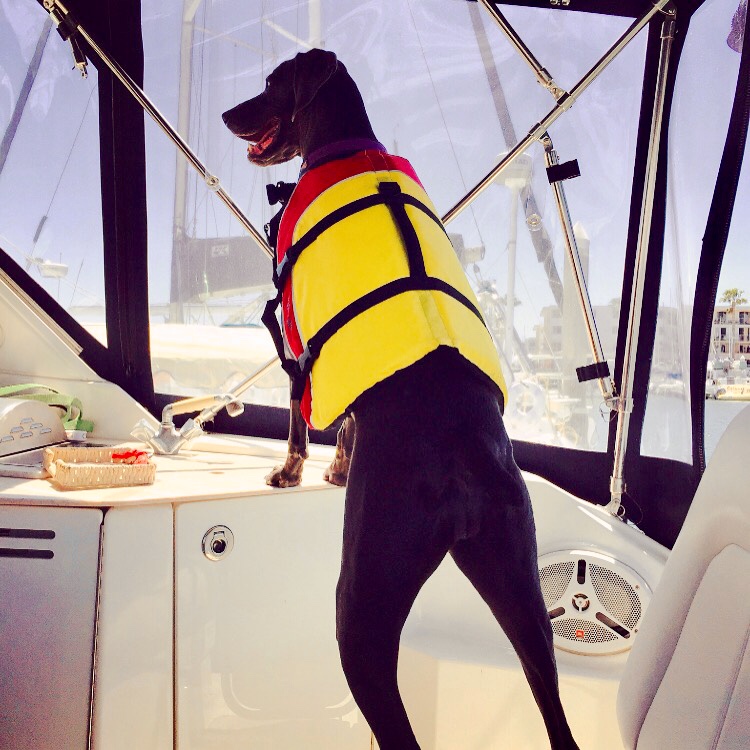 Pippa, a blue Weimaraner, is excited to be aboard Athan Rye II. The boat is a 30-foot, twin-engine Maxum and Del Rey Yacht Club home. 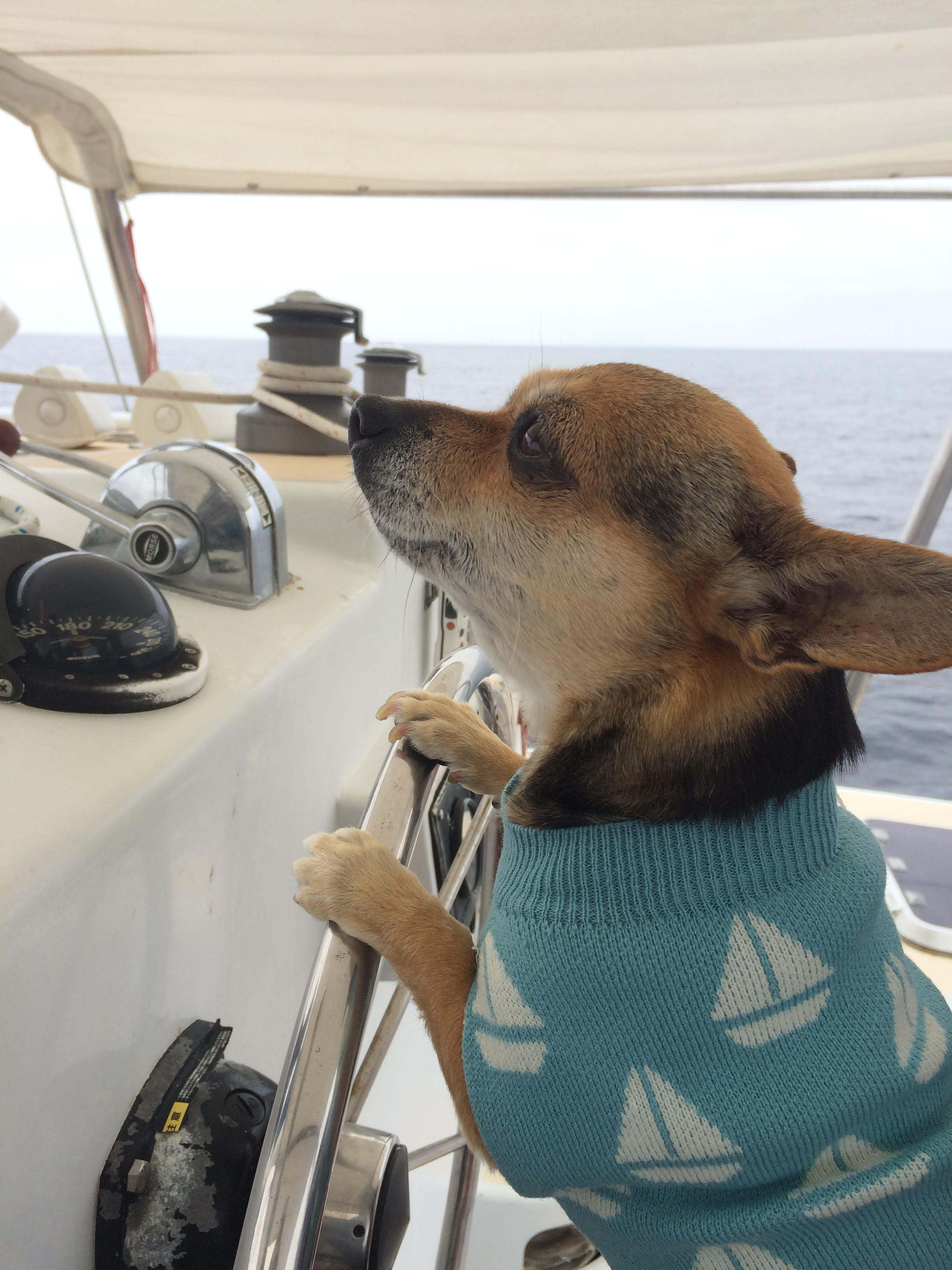 Navigating the Pacific With Captain Tilly

Lil’ Tilly loves to be at the helm of her 42-foot catamaran exploring the waters between Santa Cruz and Catalina Islands. Her owner, Stephanie Haynes, says Tilly is a take-charge girl! 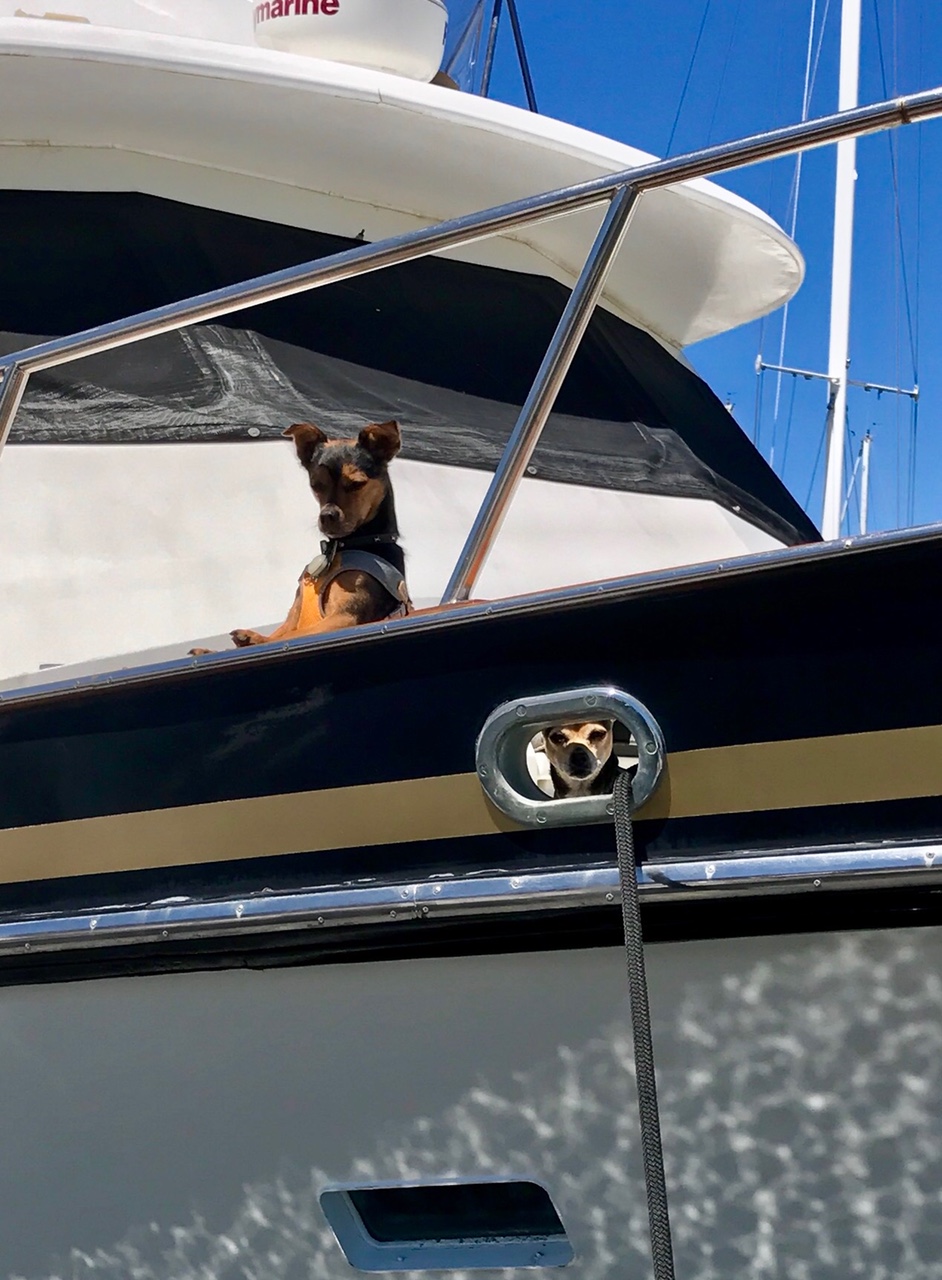 Can you spot both dogs on Proud Lee? Doug Litwin, owner, says, “This is how our two dogs greet guests … Adam, the larger dog, looks over the rail, while Molly, the smaller dog, peeks out through the opening for the dock line.” They are based at Pelican Harbour in Sausalito, California.