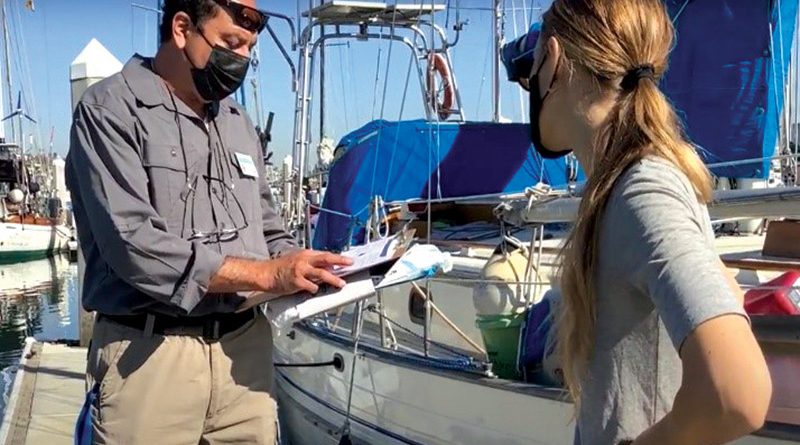 The additional section is a part of the larger boater outreach and education provided by the Bay Foundation since it’s initiation in 1990.

There are three additional tools that were added online to teach and engage boaters about MPAs and how to positively interact with them.

The first part is a Fishing Introduction video, created by the foundation in partnership with the California Department of Fish and Wildlife. The video is an animated feature on California’s MPA network, it breaks down the different types of MPAs and shows boaters positive interactions.

“When we produced the MPA video we approached this vast ocean network through the lens of a boater,” said Andrea Carrassi, community engagement coordinator at The Bay Foundation. “So rather than showing what not to do when you’re out on the water, we decided to empower boaters by showing them the value of MPAs and how to positively interact with these protected areas, and also highlight the convenient and relevant tools they could utilize while they are boating.” 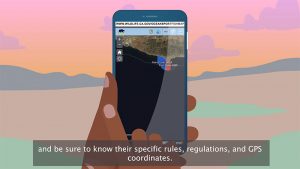 The second part is an MPA Knowledge Review Quiz, the quiz takes the user through a customized journey based on how they interact with MPAs whether that is through boating, fishing, or just going to the beach.

“You can split up the quiz in so many ways,” said Carrassi. “…When you’re taking the quiz, if you were to answer something wrong or even answer the question correctly, the quiz then cues you to utilize the resource that points you to whatever information you might need to answer that question.”

The California Legislature passed the Marine Life Protection Act in 1999, which created a statewide network of marine protected areas, to protect and conserve California’s natural marine wildlife and marine habitat. Currently, there are 124 different MPAs, Recreational Management Areas, and Special Closures in California.

The foundation is looking to engage boaters and share the best boating practices while raising environmental awareness.

“…One of the aims of this project has been to create really engaging and educational tools that are really tailored to answer the questions that recreational boaters and anglers might have,” said Carrassi.

The Bay Foundation is a non-profit based in Santa Monica that was created in the 90s to enhance and restore Santa Monica Bay. The foundation works with a broad category of government agencies and environmental groups to restore and protect California marine life and habitats.

One of their already existing programs is the California Dockwalker program, a statewide effort led by the California Coastal Commission and the California Division of Boating and Waterways’ Boating Clean and Green Program implemented and in partnership with The Bay Foundation.

The program was started in 1999 and is a public outreach program that distributes boater kits with educational materials. They look to engage boaters to increase education and green boating practices.

“I think that it’s been really great,” said Carrassi. “The materials that we are incorporating into pre-existing components of our program are going to be there for the foreseeable future.”

To learn more about educational resources from The Bay Foundation visit https://www.santamonicabay.org.