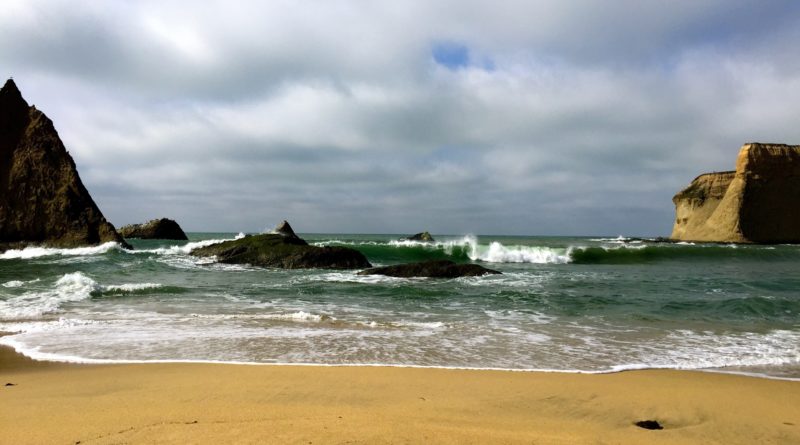 STATEWIDE — Come to California for its beaches, they said. You can surf the waves, wade in the waters or lie on the sand anytime you want, they said. California, for decades, has championed the public’s right to access its coastline and waterways. A Silicon Valley billionaire, according to a brief filed with the U.S. Supreme Court, has challenged the coastal access guarantee, claiming California’s policy violates private property rights.

The way the highest court in the land handles this case will directly affect access up and down the state. Anglers, boaters, personal watercraft users and others could continue to access waterways as a matter of right. Or private interests could be allowed to purchase prime waterfront properties and regulate who can or cannot access the water.

Such stakes are at the center of a last-ditched effort of a billionaire property owner in Northern California seeking to preserve his property rights.

Sun Microsystems founder Vinod Khosla filed, through his attorneys, a 151-page brief with the Supreme Court in late February, claiming he should not be required to guarantee public access to a beach adjacent to a property he owns at Martins Beach in San Mateo County.

The Supreme Court has not yet decided whether it would hear the case, but the nation’s highest judiciary will determine whether California, through its Coastal Act, can regulate private ownership of beachfront properties to guarantee public access.

Khosla, who is reportedly worth $1.5 billion, has been embroiled in a legal battle with California for a few years now. At issue is whether Khosla should be required to grant public access to a local beach, via a pathway, adjacent to his property. The billionaire’s attempt to keep the pathway’s front gates locked was challenged by the California Coastal Commission. Khosla could not lock the pathway’s entry without a permit, the state agency, relying on the Coastal Act, demanded.

An appeals court, in August 2017, ruled against Khosla, stating he violated the California Coastal Act by locking a path to the beach. The ruling set the stage for Khosla to file his petition with the Supreme Court.

The Deeney family owned Martins Beach’s waterfront property for about a century and, according to the petition, allowed the public to access the shoreline during certain hours and for a fee.

The Deeneys, according to Khosla’s attorneys, originally charged 25 cents for access to the beach; the fee was raised to $2 – and eventually $10 – before the Deeney family decided to sell the property.

Khosla purchased the 89-acre land in 2008, according to news reports. California’s State Lands Commission appraised the Martins Beach pathway, which is about 6.4 acres in size, at $360,000, according to the San Jose Mercury News. The Sun Microsystems founder, however, reportedly told state officials he’d sell the rights to use the pathway for $30 million.

Proposition 20, approved by California voters in 1972, set the path for legislators to enact The Coastal Act in 1976.

One of its goals is to “maximize public access to and along the coast” and balance public recreational opportunities with conservations and “constitutionally protected rights of private property owners.”

“Maximum access, which shall be conspicuously posted, and recreational opportunities shall be provided for all the people consistent with public safety needs and the need to protect public rights, rights of private property owners, and natural resource areas from overuse,” The Coastal Act states in Chapter 3, Article 2.

Article 10, Section 4 of the California Constitution guarantees public access to any portion of the state’s coastline.

A 2016 review of The Coastal Act by The Emmett Institute, Coastal and Marine Science Institute at U.C. Davis, and law schools at Berkeley, U.C. Davis, UCLA and Stanford stated the guarantee of public access to the coast is in constant conflict with private property rights.

“Public access goals have been in constant tension with private property rights. In several cases, [Coastal] Commission actions to ensure public access have triggered ‘regulatory takings’ claims by affected private property owners under the Fifth Amendment to the U.S. Constitution and parallel provisions of the California Constitution,” the collaborative report, entitled “The Past, Present and Future of California’s Coastal Act: Overcoming Division to Comprehensively Manage the Coast,” stated.

Authors of the 2016 joint report cited a 1987 Supreme Court ruling, Nollan v. California Coastal Commission, as an example where the quasi-judicial agency’s actions regarding a public access easement along a beach was determined to be a taking.

The Coastal Commission, under the Supreme Court’s ruling, was, accordingly, required to reimburse the property owner.

The public access versus private property rights conflict presented in the 2016 report of The Coastal Act was at the heart of Khosla’s Supreme Court brief filing.

“No property right is more fundamental than the right to exclude. It is what makes ‘private property’ private,” Khosla’s attorneys stated in a brief filed with the Supreme Court. “According to the [recent appeals court decision], however, owners of private beachfront property in California may not exercise that right without first obtaining the government’s permission.

The brief outlined Khosla’s position, stating he attempted to allow pathway access to the beach, for a fee, when he first bought property at Martins Beach.

“After losing money operating a business of allowing the public to enter and use its private property for a fee, petitioner decided to shut down the business and keep its private property private,” Khosla’s brief to the Supreme Court stated. “The California Coastal Commission and the county of San Mateo had other ideas.

“Citing a provision of the California Coastal Act that requires property owners to obtain a permit before taking any action that would alter the ‘intensity’ of public access to the ocean, the government authorities demanded that petitioner obtain a permit before exercising its right to exclude,” the petition continued.

Khosla’s lawyers added the Coastal Commission effectively required him to maintain public access to the beach for an entry fee of $2, which, apparently, was what the previous owner charged.

“The government simply cannot command that parties open their private property to the public without compensation. And it certainly cannot command that parties keep their private property open to the public at a loss, and advertise the opportunity to “trespass” for a mere $2 fee, all without providing just compensation,” the petition stated, adding the Coastal Commission and County of San Mateo violated due process, the Takings Clause and the First Amendment in enforcing the Coastal Act on the Martins Beach property.

One point consistently mentioned in the petition: California does not own any portion of Martins Beach or its waterfront.

There is a small chance, as with any case petitioned to the Supreme Court, the bench would hear Khosla’s case. Yet the question remains: Does California have the power to regulate private property to preserve the public’s right of access to the water?

The status quo would remain in effect should the Supreme Court decide not to hear Khosla’s case. What happens, however, if the Supreme Court does grant Khosla a hearing? Will justice chip away at the California Constitution’s public access guarantee? Or will the court merely require the Coastal Commission to compensate Khosla for a wrongful taking, just as it did in Nollan v. California Coastal Commission?