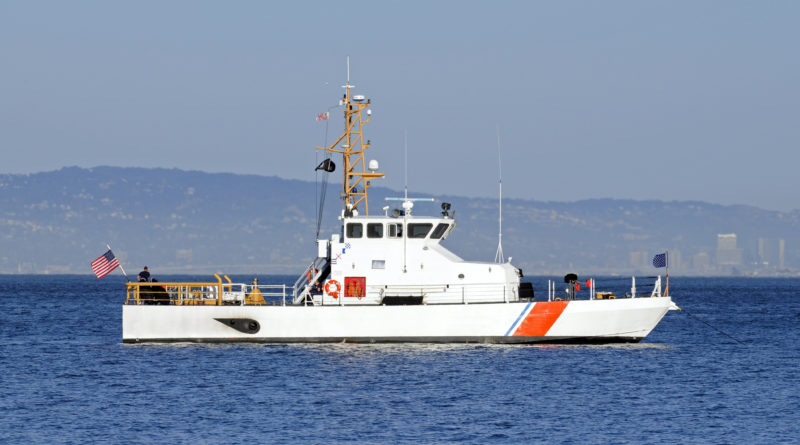 A temporary bill signed by Pres. Trump reopened the government on Jan. 25, but another may loom after bill expires on Feb. 15.

Editor’s Note: This article has been updated from the printed version to correct a few errors and for clarification purposes. The Log apologies for the errors and confusion.

STATEWIDE—Bernadine Trusso, vice president and owner of Dona Jenkins Maritime Document Service Inc. based in San Diego, was at the Sunroad Marina Boat Show when she learned the government had reopened.

“I learned while attending the Sunroad Boat Show that particular Friday that the shutdown had been lifted. I anticipated [the following] Monday would be a busy morning with our commercial abstracts finally arriving, as they had stopped coming through since the shutdown began,” Trusso said. “Standard operating procedure with Coast Guard is to give commercial vessels priority treatment. 20 commercial abstracts were waiting for me the following Monday morning (recreational abstracts had been coming through all throughout the shutdown, though they were dated at 12/17/18). Because commercial vessels could not be worked on the date of the abstracts could not update.”

The government shutdown, which began on Dec. 17 and ended Jan. 25, was the longest in history and affected many government employees including the U.S. Coast Guard. Several sources have advocated that the shutdown will affect the American economy’s first quarter of growth, which may or may not have contributed to Pres. Donald J. Trump’s decision to reopen the government – at least temporarily. There is a possibility the American people will see yet another government shutdown on Feb. 15, according to the bill signed by Trump, as the shutdown lift is only temporary until congressional parties can agree on a resolution.

During the shutdown, The Log received several emails and phone calls from volunteers aiming to get donations for members of the Coast Guard who were not being paid. One such example came in support of USCGC Halibut based out of Marina del Rey.

A flyer read: “Our local Coast Guard Crew of USCGC Halibut is currently serving without pay during the government shutdown. Many of these crew members are also separated from families and incurring extra travel expenses while the Halibut is undergoing repairs in San Diego. They will eventually be paid, but until then, here is how you can help …”

Donations requested were gift cards for gas and grocery stores as well a request to send bottled water, toothpaste, shampoo, razors, diapers and other toiletries and everyday items that crewmembers needed.

As a trickledown effect of the Coast Guard being down during the shutdown, commercial boat owners in particular were hurt. From mom and pop charter owners to large tow vessels, Trusso explained her commercial clients were unable to receive abstract of title from the Coast Guard, which ultimately meant commercial vessels in need of this documentation were not legally allowed to operate on the waters.

“During government shutdown, [National Vessel Documentation Center] worked with a skeleton crew. These … employees were working on recreational vessels only. There was nobody manning the phones, and only recreational vessel emails were being replied too,” said Trusso.

As if the government shutdown wasn’t enough, there was some confusion surrounding the Coast Guard Authorization Act of 2018 (Section 512), which had been approved earlier on Dec. 4, 2018.

“A challenge at that time was the announcement of the [Coast Guard] Authorization Act of 2018, Section 512 passed into law on December 4, 2018. Basically, the multi-year renewal for the recreational boat owners only, allowing them to renew up to five years,” Trusso said. “There were many questions, many rumors and lots of false information. During the implementation period between January 1, 2019 – 2021 the recreational boat owner can pick 1-5 years renewal at $26.00 for each year chosen. Effective 2021 all recreational owners will pay a $130.00 renewal fee every 5 years. These fees do not transfer to the next owner and are non-refundable.”

(The Log will look into covering this story separately.)

This article was originally published one week and two days before the temporary end to the government shutdown. Any information provided after those dates will be updated online or in a future issue of The Log.

Did any boaters, recreational or commercial, experience a dilemma during the shutdown? If so, share your story in a comment online or a letter to the editor (editor@thelog.com).