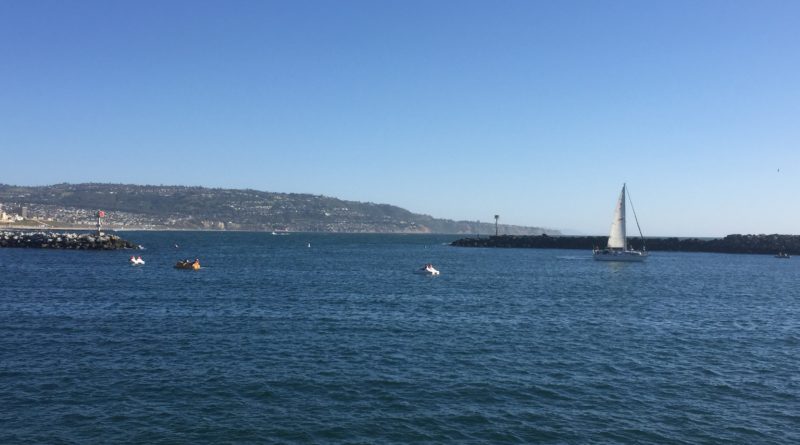 State agency and national organization boasts prosperity and growth, but industry challenges must be faced now.

SACRAMENTO — Yet another calendar year is preparing to disappear into the sunset, which means it’s time to effectively have industry experts provide us with a state of recreational boating report.

One such presentation was made to the Division of Boating and Waterways Commission, Nov. 29, with a National Marine Merchants Association (NMMA) executive speaking to commissioners about where recreational boating is today and what challenges the industry faces in the near future.

Robert Newsome, NMMA’s vice president for engineering standards and membership, addressed the commission on several issues facing the boating community, such as the economic factors influencing boat sales/participation and some of the headwinds the industry is facing with changing demographics and buying behaviors.

“It’s a unique industry,” Newsome said of recreational boating. “So many of its participants and its manufacturers and other stakeholders really come in to it through passion. It is truly unique compared to other activities, because it is born of a love of boating.”

Newsome, in his presentation, called outdoor recreation as an “overlooked economic giant, with Americans spending an estimated $646 billion annually on the industry.

Boating’s share of the pie was about $86.2 billion, while fishing activities contributed another $35.5 billion, according to Newsome.

The NMMA executive added about 95 percent of boats sold in the United States are manufactured domestically, while the marine industry overall is responsible for $35.9 billion in expenditures on boats, engines and accessories, among other items.

Gross Domestic Product (GDP) is a strong indicator of boat sales, according to Newsome.

Boat sales are generally strongest when the nation’s GDP is at about 3 percent or greater. The quarterly GDP eclipsed the 3 percent mark at least seven times since 2012, according to a chart Newsome shared with commissioners.

He added the forecast for 2018 and the early part of 2019 shows the nation’s GDP to be somewhere between 2 and 3 percent.

More than 200,000 traditional powerboats (not including personal watercraft or sailboats) were sold in 2016, with the numbers expected to increase in 2017, Newsome told commissioners.

The NMMA executive added the used boat market is also a major economic contributor and serves as a gateway into recreational boating participation.

Only one category of boating vessel – runabout boats – experienced a decline in year-over-year retail sales, as of September of this year. Seven other vessel types experienced some level of growth between the start of fall in 2016 and end of summer in 2017.

Newsome predicted outboard boats would continue to rise in popularity and consistently be among the top selling vessel types for the foreseeable future.

Pontoons are also experiencing high popularity, according to Newsome.

“California is one of the top boating states in the country,” Newsome told commissioners, adding there are 697,412 recreational vessels in the state.

A lion share of those boats – 78 percent – are powerboats, while personal watercraft vessels account for 13 percent of the nearly 700,000 crafts in California’s waterways. Sailboats (5 percent) and “others” (4 percent) account for the remaining registered vessels in state.

An estimated 15.8 million recreational boats – both registered and unregistered – are in use nationwide, Newsome told the commission; nearly 95 percent of those vessels are 26 feet or smaller and on trailers.

Newsome also described boating as a middle class activity, citing an NMMA statistic where 74 percent of boat owners have incomes of less than $100,000.

The NMMA executive told commissioners the industry must encourage more youth ownership and participation in boating, as the average age of the boat has increased steadily during the past 20 years. The average age of a boat owner in 1997, for example, was 47. Boat owners, on average, were 55 years of age about 20 years later, according to an NMMA study.

Another challenge facing the recreational boating community: how to engage greater participation among millennials and ethnic minorities.

Commissioner Douglas Metz agreed with Newsome’s point about the need to bring in multiple demographics into recreational boating, particularly those from underprivileged communities.

“Are we serving the underserved,” Metz asked. “Are we, for example, in [San Diego’s South County], reaching out to the Boys and Girls Club? It’s the responsibility of all us … to be of greater service of the underserved.”

Yet another challenge facing the recreational boating community, according to Newsome, is the lack of transparency surrounding the true cost of boating.

“The industry has done a pretty bad job, quite honestly, of cost-of-ownership transparency. You can buy a boat for $20,000, and we talk about how it’s very affordable for everyone, but we’re not great at [talking about] the insurance, the storage … all these things that have a significant cost contribution,” Newsome said. “It’s all the underlying costs that are not readily apparent when you purchase the product that really are contributing to people getting out of the activity very quickly.”