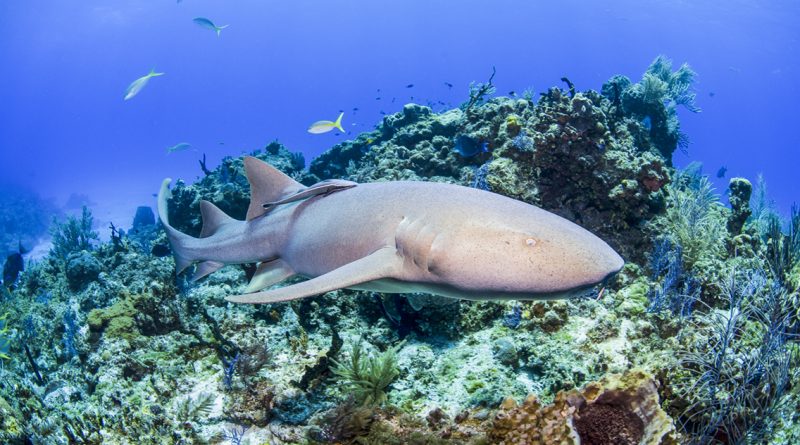 TURKS AND CAICOS ISLANDS一Researchers with Beneath the Waves have recorded an unusual nurse shark behavior off the coast of the Overseas British Territory the Turks and Caicos Islands.

It appears that a nurse shark will ‘walk’ on its pectoral fins to reposition itself for a more optimal position to attack potential prey.

Beneath the Waves is a non-profit organization created in 2013 dedicated to promoting ocean health that specifically specializes in the conservation of protected marine areas with a focus on sharks.

Chief Executive and Lead Scientist of Beneath the Waves Dr. Austin Gallagher caught and shared the footage on his Twitter.

“Nurse sharks use their fins to walk and position themselves.” said the Feb. 4 tweet. “Cool behaviors we recorded last week in TCI. Sometimes it’s the small things like this that give me ocean optimism.”

The shark was lured in with a “baited remote underwater video station” that allowed the shark to show-off its ability to coordinate itself on its pectoral fins before biting down, according to a Feb. 10 article from ForTheWin.

Nurse sharks are bottom-dwellers that prefer snacking on fish, shrimp, and squid but will crush and eat shellfish and coral. They are known to be relatively docile, although they will attack if threatened. The sharks have powerful jaws with tiny serrated teeth and can reach up to 14 feet in length. They inhabit the warm shallow waters of the Atlantic and eastern Pacific oceans.

There are a couple of theories about the origin of the name ‘nurse shark’, theories suggest it comes from the sucking sound the shark makes when it is hunting its prey that resembles a nursing infant, or possibly it derives from “huss” that was slurred to become “nuss” a Middle English word used to describe cat-sharks as early as the 1400s. According to National Geographic, the most likely version is that the name comes from the Old English word for sea-floor shark: “hurse”. The scientific name for the shark is a mix of Greek and Latin that means “curled, hinged mouth” Ginglymostoma.

To see the original footage, check out Dr. Austin Gallagher on Twitter @DrAustinG.