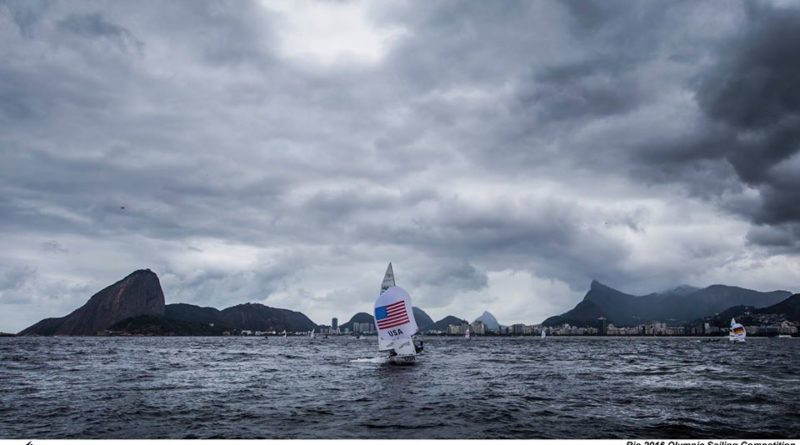 The 2020 Olympic Games in Tokyo will be postponed to 2021. (US Sailing Team Facebook photo)

US Sailing team, as with all athletes, will have to wait an extra year before competing in next Olympiad.

TOKYO, Japan—It was only a matter of time before the 2020 Summer Games, scheduled to take place in late July and early August in Tokyo, Japan, would be taken off calendar. The International Olympic Committee (IOC) and Japanese government finally announced, on March 24, the 2020 Games in Tokyo would be postponed due to COVID-19 (Coronavirus).

US Sailing’s selection procedures for the United States Olympic Sailing team would be re-evaluated.

New dates for the 2021 Games have not yet been decided or announced, but the IOC stated the Tokyo Olympics will be held before the end of summer, next year. Postponing the 2020 Games in Tokyo will not cause the 2024 Summer Games in Paris and 2028 Summer Olympiad in Los Angeles to be delayed.

This is the first time in the history of the modern Games the Summer Olympiad has been postponed. Three Summer Games (1916, 1940, 1944) and two Winter Olympiads (1940, 1944) were canceled. Those competitions were canceled because of World War I and World War II. Berlin, Germany was set to host the 1916 Summer Games. Helsinki, Finland and Tokyo lost out on jointly hosting the 1940 Summer Games, while London had to let go of the Olympic games in 1944.

Postponement of the 2020 Summer Games obviously affects sailing events. A big reason for the postponement of this year’s Olympiad, to be sure, was the inability to practice or train during worldwide restrictions in place due to the COVID-19 pandemic.

Travel restrictions, for example, forced US Sailing officials to advice all sailors training in Europe to return to the United States.

Several sailing events – some of which were qualifiers for the 2020 Summer Games – were postponed or canceled. Postponements included the 2020 470 World Championships and 51st Trofeo Princesa Sofia Iberostar Regatta.

The 2020 Finn Gold Cup, which takes place in May, could also be rescheduled or canceled.

“We appreciate the clarity this decision provides, as athlete safety is first and foremost. Moving forward our dedicated staff will provide leadership and support to the athletes as they continue their preparation for the Olympic Games,” Jack Gierhart, CEO of US Sailing, said in a released statement. “Competing in the Games is an unprecedented athletic achievement and although today’s announcement may bring moments of disappointment for some of our athletes, we will adapt, remain focused on our mission and be fully prepared when the Games do get underway.”

The first leg of sailing events at this year’s games were slated to take place July 26-31. Medal races were scheduled to start Aug. 1 and continue through Aug. 5. Enoshima, a city south of Tokyo, was to host the sailing events. All sailing events of the 1964 Summer Games, which was also in Tokyo, were held in Enoshima.