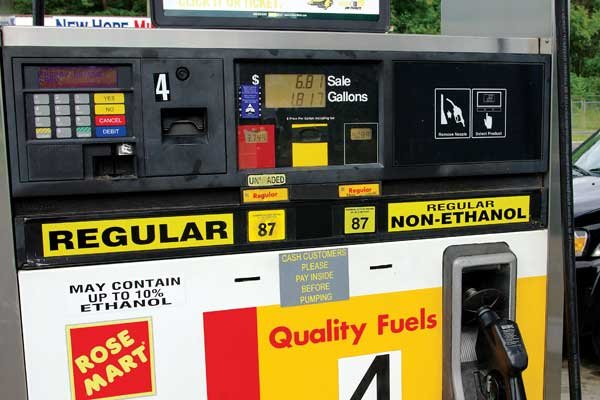 EPA’s final rule allowing for year-round sales of fuels with 15 percent ethanol was “arbitrary” and “an abuse of discretion,” according to lawsuit.

WASHINGTON, D.C.—A coalition of advocacy groups representing oil, maritime and motorcycle interests has filed a petition in federal court, seeking a formal and legal review of an Environmental Protection Agency (EPA) final rule allowing for expanded sales of gasoline with 15 percent ethanol. The lawsuit, filed in early August against the EPA and its administrator, Andrew Wheeler, was brought by the American Petroleum Institute, American Motorcyclist Association, National Marine Manufacturers Association (NMMA) and Citizens Concerned About E15.

The quartet of petitioners are demanding a review of the recently implemented final rule on expanded E15 sales, claiming the grounds of its approval was “arbitrary, capricious, an abuse of discretion or otherwise not in accordance with law.”

EPA’s final rule on expanded E15 sales, according to NMMA and the other three parties filing the claim, was also enacted “in excess of statutory jurisdiction, authority or limitations” and was “adopted without observance of procedure required by law.”

All four parties jointly filed their complaint in the United States Court of Appeals in Washington, D.C., on Aug. 9.

The petition itself was brief, with one page stating the request for petition, followed by a description of each of the parties seeking action and relief, as well as contact information for NMMA, Citizens Concerned About E15, American Petroleum Institute and American Motorcyclists Association. EPA’s final rule was included in the remainder of the petition.

The final rule listed “marine service stations” as an example of “potentially affected entities” by the E15 ruling.

Pres. Donald J. Trump, in carrying out a campaign promise, directed the EPA to initiate a rule making E15 more accessible on the market. The directive, which was issued in October 2018, eventually materialized in a final rule, which allowed E15 to be available between May and September each year. E15, prior to the final rule, could not be sold in those months.

EPA staff stated the final ruling would create parity in the way the E10 and E15 are treated under the agency’s regulations. The final rule, according to EPA staff, would also increase transparency and deter manipulation or anti-competitive behaviors in the “renewable identification number,” or RIN, market.

“EPA is seeking to take justified actions to remove barriers which unnecessarily limit the potential growth in biofuel consumption,” EPA staff stated in its final rule on E15 fuel regulations. “Congress intended to promote and accommodate expanded biofuel use and outlined greenhouse gas savings. While this rule alone is not expected to increase the availability of E15, it removes one barrier to such an outcome.”

Opening the door for an increase in sales of E15 was a major win for the U.S. corn and farming industry. The boating and oil industries, however, have been adamantly opposed to E15 sales. Oil companies views any mandate calling for increased sales of biofuels, E15 or otherwise, as a direct threat to sales of petroleum-based gasoline. The marine industry, meanwhile, has consistently pointed out E15 fuels are harmful to boating engines and would void boat engine warranties.

The back-and-forth between corn, on one side, and oil and marine industries on the other has been ongoing since Congress enacted the Renewable Fuel Standard, or RFS. The RFS mandates refineries to blend corn-based ethanol into their fuel blends. Refineries who don’t fuel blends with corn-based ethanol must purchase credits from those who do.

Pres. Barack Obama’s administration prohibited the sale of E15 between May and September each year in an effort to reduce smog emissions. Trump, however, stated the difference in smog emissions from E10, sales of which has always been allowed year-round, and E15 fuels are minimal.